Why Some People Choose to Live the Nomadic Van Lifestyle 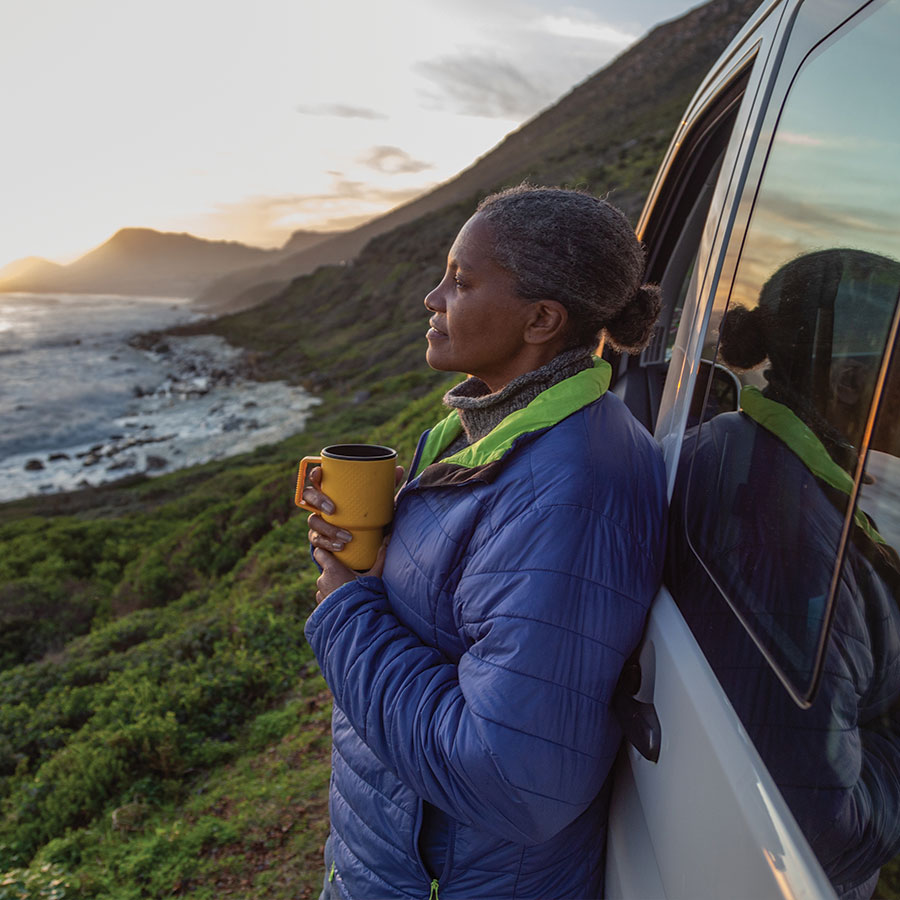 People of all ages and genders live the nomadic van lifestyle. For retirees, vehicle living allows them to stretch the value of their limited retirement savings or income. Photo: Alistair Berg/Getty Images

As the movie Nomadland revealed to the world, ever since the 2008 financial collapse, people have moved into vehicles as a way of surviving the high cost of living. The pandemic also fuelled an increase in the nomadic lifestyle.

In 2020, my co-researcher Scott Rankin and I looked at how people who live in vehicles balance work and life. In doing so, we discovered that these people were able to achieve harmony between work and non-work by coordinating the movement of their van with their work life.

These surveys were voluntarily completed by those living in vehicles — most permanently, some seasonally. The findings provide interesting insights not just into who or why people live in vehicles, but also the adventurous nature of those who choose to live this way.

Who Lives in Vehicles?

Everywhere I went in California and Arizona, I saw people living in their vehicles. Sometimes they were hidden in plain sight, parked beside a park in San Francisco or in a neighbourhood in San Diego. Other times, they congregated in huge convoys, in places like Quartzsite, Ariz.

People of all ages and genders take part in van living. My survey found that women were just as likely as men to live in vans. Of the 85 responses to the question of gender, 53 per cent were women and 47 per cent were men.

The average age of van dwellers was 42. In addition to young people living in vehicles, there was an equal proportion of retirees choosing to live in vehicles.

Why Do People Live in Vans?

After asking respondents to rank the reasons why they chose to live in a vehicle, ranked from top to bottom are: 1) freedom, 2) low cost of living, 3) adventure, 4) connection to nature, 5) minimalism, 6) avoiding undesirable weather, 7) starting a new life, 8) pursuing work in different places, 9) working remotely, 10) to be on their own, 11) to join a partner or 12) to leave a partner.

Above all else, vehicle dwellers sought to be free. Whether they were a retiree in a $100,000 Mercedes van, or young Canadians working from a $5,000 van, respondents wanted to be able to move their home to wherever was best for them.

For some, vehicle-living provided a way to survive while minimizing the cost of living was the second reason why respondents chose to live in a vehicle. As one respondent said:

“As a millennial, the cost of living has significantly increased since previous generations, yet wages have for the most part stayed the same.”

For others, living in a vehicle minimized their costs, allowed them to work less or allowed them to make the most of their income without paying rent. For retirees, vehicle living provided an opportunity for them to stretch the value of their limited retirement savings or income.

The following three reasons — adventure, connection to nature and minimalism — suggest that people who live in vehicles value an adventurous, outdoor lifestyle. Van living allows them to act on this desire and be in nature whenever they want.

By living a simple life that is fully contained in a vehicle — the essence of minimalism — van dwellers are able to head out on a new adventure whenever they choose. Being able to pack up and move somewhere new also connects back to the number one reason many live in vans: freedom.

The sixth reason for living in a vehicle was to avoid undesirable weather. Many of the people I spoke to lived a truly nomadic life, living in northern states or Canada for half the year, working off the land in tourism or agriculture, and then moving south in the winter to avoid the cold by living and working in Arizona or Southern California.

Living in a vehicle allowed workers to move with the weather as a way of taking advantage of work opportunities, without the need for winter clothing or shelter. As long as the temperature stayed comfortably above freezing, they were able to sleep comfortably without needing a furnace — just a little extra bedding on cold nights.

Is This Just a Fad?

These preliminary results confirm that, for many, the decision to live in a vehicle is a choice with the goal of being free, self-sufficient and having the ability to live how and where they want. The results also suggest that van living is a lifestyle that is not limited by gender or age, but instead is a viable alternative for those who seek a more affordable and less constrained living option.

And as it turns out, van living is not a fad. While many respondents were new to van living, on average, respondents indicated they had been living in a vehicle, full or part-time, for an average of 2.5 years.

Seventy-eight per cent of respondents permanently lived in a vehicle, while 22 per cent owned or rented a home and periodically travelled in a van or motorhome. From my conversations with van dwellers, most of this latter category were retirees who lived in their residence up north for most of the year, then travelled south to live in their vehicle for the winter months.

As the housing crisis deepens, we may see more people embrace van living as a means of surviving the high cost of living. It will be up to cities and government to accept this alternative living arrangement, and consider having parking and facilities to support those who choose to live this way.

Embarking: What You Need to Know When Travelling With Your Pet

Travel Misadventures: What to Do (and Not Do) to Avoid Them