Tea-Time Travels: A Magical Multigen Adventure Across the Pond (and a Few in Canada, Too) 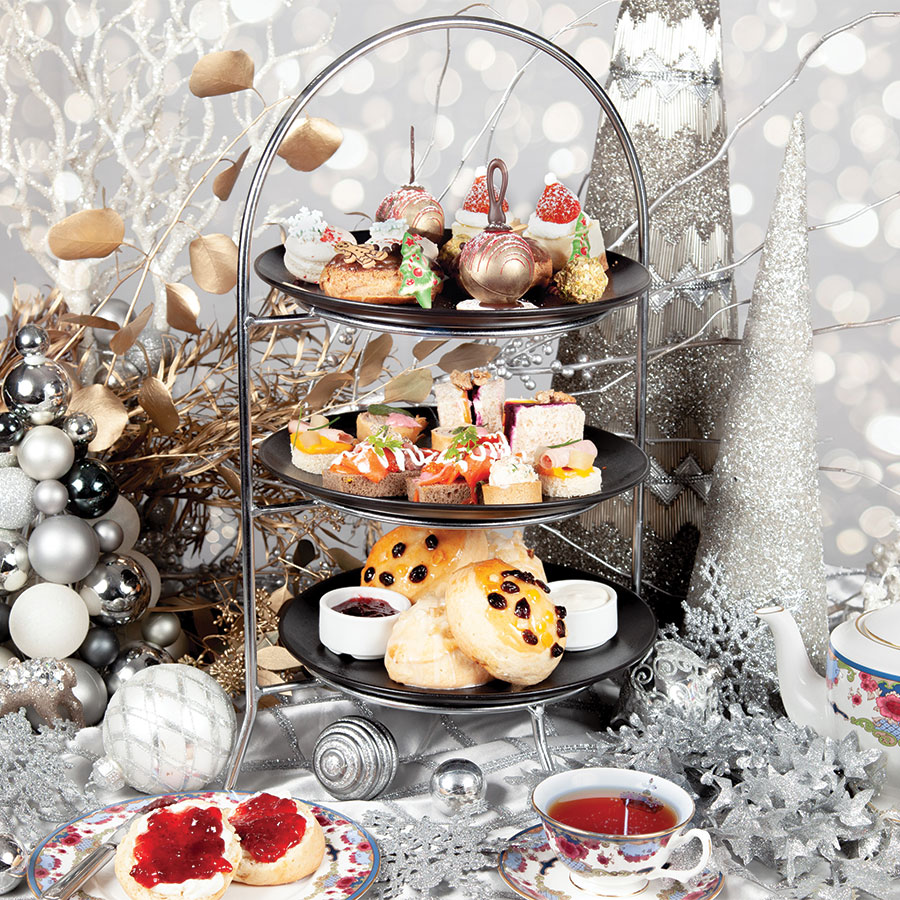 These magical tea experiences are for both the young and the young at heart. Photo: Courtesy of Fairmont Hotel Vancouver

Inspired by J.M. Barrie’s play and children’s book about a boy who refuses to grow up, the Peter Pan Afternoon Tea at Aqua Shard on the 31st floor of London’s The Shard skyscraper may be aimed at youngsters, but I was just as wide-eyed as some of the kids in the room.

Situated beside London Bridge, the 72-storey Shard is Western Europe’s tallest building, one of those things that sounds impressive but is difficult to visualize. Even just shy of the midway level of the building, I got the full effect when we stepped off the high-speed elevator at Aqua Shard to see Tower Bridge, the Tower of London, the S-curve of the Thames River and the dome of St. Paul’s Cathedral seemingly at our feet.

Despite having passed through the gates to grow up a long time ago, it made me think of the moment the Darling children discovered that thinking wonderful thoughts and a sprinkle of Tinkerbell’s dust was all it took for them to fly out the nursery window into the London night sky.

Even the bathrooms have incredible views.

Most of the time, the three-level Aqua Shard is a bar and restaurant serving contemporary British cuisine, one of seven restaurants and bars at The Shard. Four afternoons a week, it fills with a younger (or younger-at-heart) crowd looking for a trip inside a beloved storybook.

The mood is set by the treasure map tea menu, which explains the courses. Each item is inspired by a detail from Barrie’s 1911 novel, Peter and Wendy.

We started out with a plate of savouries, including a Capt. Hook cod brandade croquette topped with a pastry hook and a bacon, turkey and mayonnaise Lost Boys sandwich. It came wrapped in paper that listed the four Lost Boys rules: “No talking to pirates, always believe in fairies, think happy thoughts and never grow up.”

It was easy to tell when servers brought the star of the afternoon tea to a table. Exclamations and applause greeted the small version of Capt. Hook’s Jolly Roger pirate ship, done up as a tiered tea tray. It arrived enveloped in a cloud of dry ice, the decks packed with cakes and sweets. The ship was placed on a special stand beside the table for everyone to admire.

Alison Munday, who lives near Liverpool, was celebrating her birthday with her mother, Yelana, and seven-year-old daughter, Sophia. The little girl gasped and almost bounced out of her chair when she saw the pirate ship.

I asked the excited Sophia what was her favourite thing here?

We served ourselves on Peter Pan-themed china. There was Capt. Hook’s lime green “perish cake,” chocolate Home Under the Ground mousse cake in the shape of a tree trunk, a Tinker Bell biscuit and a green Tick-Tock crocodile gummy. Warm scones were heaped in a treasure chest, served with “mammee-apple” (apricot) jam and coconut clotted cream. The cakes were kid-level sweet but very good.

We sipped cups of black tea infused with rose petals and vanilla and named for Wendy Darling. For an extra charge, there was a Fairy Dust cocktail made of Cucumber & Mint Ketel One Vodka and topped with gold dust.

The Peter Pan Afternoon Tea drew a varied crowd. There were lads and dads, mothers and daughters, families, groups of friends and couples. Putting off growing up for an afternoon seems to be an appealing idea.

*All prices accurate at time of writing

Looking for a magical tea experience in Canada? Fairmont Hotels has long been well-versed in the art of afternoon tea, attracting celebrities and royalty alike. Here are a few ideas on the west coast.

The hotel has a royal history, opening May 29, 1939 in time for King George VI and Queen Elizabeth to stay in the Royal Suite quarters on the 14th floor. The Royal Living Room, where the King and Queen would have once relaxed, is where the new Royal-Tea will be served by a liveried butler.

Known as the Heritage Floor, the 14th floor was recently restored, with much of the original art deco design kept, including ornate brass door plates and gates and lavish wood-panelled walls.

Groups of two to 10 guests can book what’s billed as an “exclusive experience” tea, which begins with a glass of Champagne delivered by the tea service butler.

The tea includes Dungeness crab toast, Northern Divine caviar and duck rillettes with shaved black truffle and a selection of artful sweets and bonbons. Rates start at $2,000. Bookings must be made two weeks in advance.

Notch8 is hosting a Festive Holiday Afternoon Tea until the end of the year.

Tea for Two: ‘The Garden That Love Built’ and Other Romantic Spots in Victoria