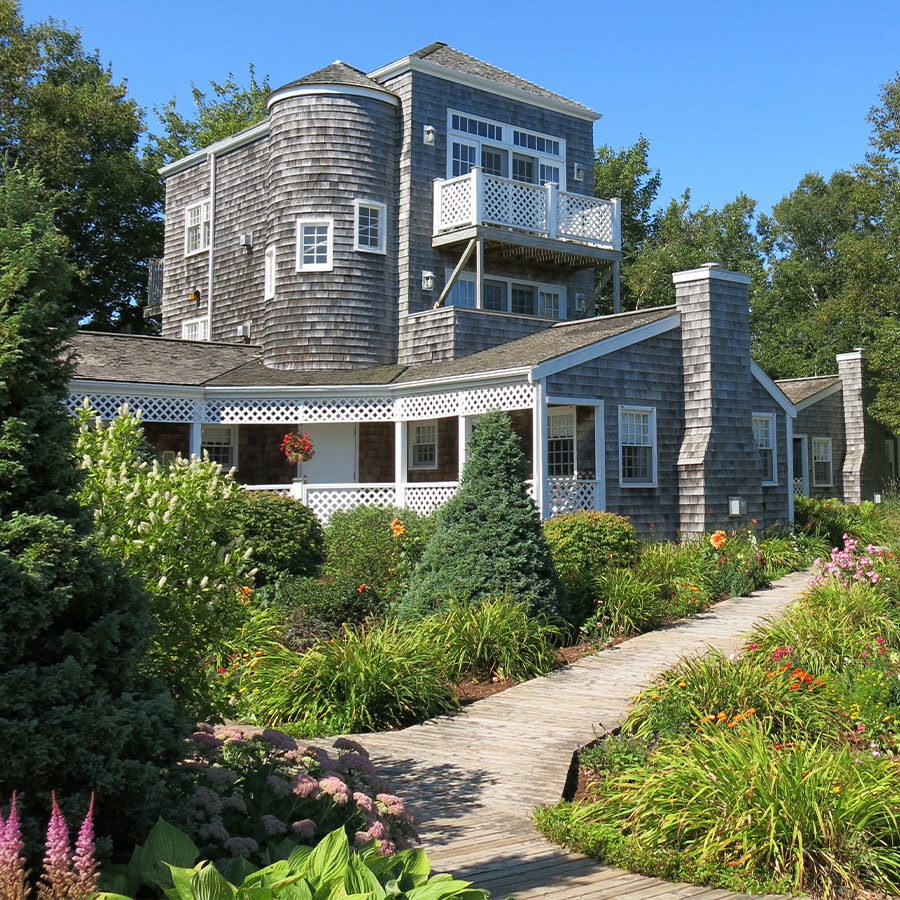 From the East Point Lighthouse to The Inn at Bay Fortune (pictured above), we offer up some suggestions for your Prince Edward Island itinerary. Photo: Jim Byers

Prince Edward Island is famous for lobster and that little red-haired girl with the freckles. But it’s also home to one of Canada’s finest inns, dozens of handsome lighthouses, amazing beaches and adorable little villages you’d like to cart home with you.

One of the most striking lighthouses is the East Point Lighthouse. It’s a mere 67 steps to the top, where you’ll be rewarded with a fine view of the tranquil P.E.I. landscape and of red sandstone cliffs pounded and sculpted and twisted by endless centuries of wind and water.

The Inn at Bay Fortune is a five-star property in eastern P.E.I. that’s run by celebrity chef Michael Smith and his wife, Chastity. The rooms are gorgeous, the ocean views lovely and the food sublime.

Down near Wood Island, where the ferries for Nova Scotia depart, is Point Prim, another of the island’s top lighthouses. Stop next door at the Point Prim Chowderhouse for a terrific bowl of chowder and a local beer.

On the north shore of the island, Greenwich is home to Prince Edward Island National Park, which has a great, wooden boardwalk and viewing platform and a fabulous stretch of beach.

Charlottetown is known as the birthplace of Canadian federation and there’s plenty of history to be found. It also has a charming downtown with sidewalk cafés in good weather and independent boutiques. And, of course, a few places where you can buy Anne of Green Gables gear.

Known as P.EI.’s second city, Summerside features handsome, brick buildings with tons of character and tree-lined streets. Don’t miss an ice cream cone at Holman’s, housed inside a historic building with lovely gardens. There’s a nice waterfront shopping area in Summerside called Spinnakers’ Landing, which is right on the water and has a pretty boardwalk and brightly painted wooden buildings.

Not far away from Summerside is Cap Egmont, home to the Bottle Houses, another whimsical village created out of tens of thousands of wine bottles. You can walk inside the buildings and even get married in the small chapel.

The west end of the island also is home to the beautiful Our Lady of Mount Carmel Catholic Parish Church. Blue, white and red Acadian flags with a gold star fly proudly alongside the red and white maple leaf outside the church.

You’ll get great sunsets at the West Point Lighthouse Inn, where you can stay the night. Plaques along the beach boardwalk talk of settlers who told stories of sea monsters in the area, but chances are you’ll be just fine.

The west end of P.E.I. is home to the wonderful Canadian Potato Museum, located in the town of O’Leary. Here you’ll learn all sorts of things about the tasty tuber, including how French royalty used to wear potato blossoms in their hair and when Thomas Jefferson brought the concept of french fries to a grateful North America. Of course, there’s also a café where you can sample poutine or baked potatoes.

Near the end of the road in the northwest part of the island is Skinners Pond, where you’ll find the Stompin’ Tom (Connors) Centre. Connors spent many of his years here as a child. Visitors can see displays of his signature hat and boots or step into a recording studio to sing along with his best-known songs. Be sure to load your playlist with “The Hockey Song” or “Bud the Spud” before you make the trip.

A version of this story was originally published on Aug. 2, 2021.

On the Island: Exploring P.E.I.’s Culinary Connection to the Sea

Canadian Staycation: Sightseeing and Adventure Along the Shores of Lake Superior