Salt Spring Island B.C., Where Cottagecore Is a Way of Life 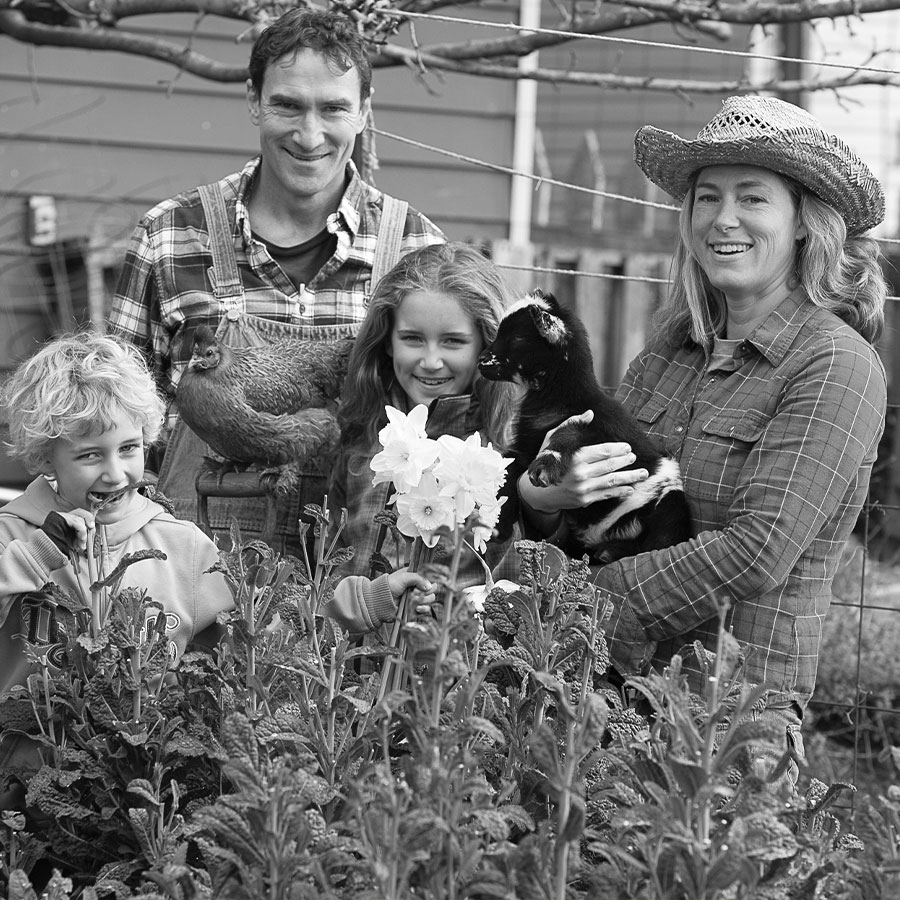 Salt Spring Island — where skills that stretch back millenniums are well preserved in the practices of farmers, artisans and others — exemplifies the Cottagecore movement in Canada. Photo: Ramona Lam

If there is one place that exemplifies the quintessence of the cottagecore movement in Canada — and there are many twee towns and villages that would qualify, including most of the province of P.E.I., the lush setting for L.M. Montgomery’s Anne of Green Gables — Salt Spring Island would be near the top of the list.

At just under 200 square kilometres and a 35-minute ferry ride to Victoria, the picturesque Gulf Island community of B.C. artisans, farmers and nature lovers has always been particularly self-sufficient, with its chamber of commerce counting 600 businesses and 374 farms serving a population of just over 10,500 people.

At the farmers markets, you can find fresh-cut flowers, clothing made from vintage finds and recycled pashmina, handmade banjos and the Fairy Door man, who carves intricate entrances for wee folk out of cedar and driftwood, some with tiny stained-glass windows.

Here are a few of the people who keep islanders fed and clothed with skills that stretch back millenniums.

David Macdonald, 58, is a former firefighter who switched careers in his early 50s to become an apiary inspector for the B.C. government, and the certified bee master has between 50 to 70 colonies in his apiary. He also teaches beekeeping classes and takes care of others’ hives for a fee, which funds Hives for Haiti, a training program he co-founded after a 2013 humanitarian mission to Haiti. He and fellow firefighters distributed food to residents who were starving due to the devastation from the 2010 earthquake.

His yearly training sessions are sold out, spurred by publicity surrounding colony collapse disorder. Although there is no one culprit to blame for disappearing bee colonies, stressors include Varroa mites, pesticides, climate change and modern monoculture farming, which has eliminated many food sources for native bees.

With “one in three bites” of the food we eat dependent on pollinators, their loss signals a threat to our food supply.

That’s why beekeeping isn’t for the inexperienced, because “poorly managed bees can spread pathogens at an alarming rate,” Macdonald says. The way everyone can help “keep” bees is by planting pollinator-friendly gardens with an emphasis on nectar-producing trees, supporting small, diverse farms and protecting rich ecosystems.

When Robin Jenkinson, 43, was a student at the University of Washington, she and her roommates kept chickens in the backyard, which sparked affection for the birds.

“I really got close with a Black Orpington hen. After her brother Sam and the rest of the flock got eaten by racoons, I’d take her out for walks around the neighbourhood. People would ask, ‘Is that a vulture on your shoulder? And I’d say, no it’s my pet chicken, Ella!’ I’ve loved chickens ever since.”

The former fisheries biologist, who is now the gardens co-ordinator for the Gulf Island School District, has incorporated poultry husbandry into her gardening programs.

When COVID-19 hit, she and her husband, Brian Pyper, 52, a biological statistician, and their children Bryn, 10, and Buddy, 6, were cooped up at home, so they started raising ducks and chickens in earnest. The family eats both the eggs and some roosters, although chicken is only occasionally on the menu.

“Some people got puppies,” she says. “We adopted an orphaned pygmy goat and started about 60 eggs in an incubator.”

The whole family loves the feathered creatures. “As a family, we watch chicken TV in the evenings, which means hanging out watching the chickens and remarking upon their behaviour and characters,” Jenkinson says.

“We’ve had so much fun with chickens — from photo shoots for the Poultry Club Calendar to Lucky, the pullet we thought would be a rooster but turned out to be a hen, who now prefers to lay her green eggs on a down duvet or thick sheepskin.”

Sandra Hodgins, who jokes that she’s “old growth” when asked her age, learned to sew in the 4-H program as a teenager growing up in rural Huron Country, Ont., and her mother’s interest in fibre crafts like weaving, knitting and rug hooking prompted her to take up weaving in the ’90s, teaching herself from books.

The retired environmental consultant — who specialized in computer modelling of tides, currents and wind waves — and her husband purchased a rural property on the island in 1980 to provide weekend diversions from their Vancouver-based consulting company.

She joined Salt Spring Island Weavers and Spinners Guild in 2000, where she developed the craft skills that she now happily passes on to new recruits, most of whom are under 50.

The members weave clothing such as scarves and shawls and household items such as tea towels, blankets, rugs and place mats from natural fibres.

While most of the weaving yarns come from Maurice Brassard & Fils in Quebec, local farmers who raise sheep, alpacas and angora rabbits also provide fibre for the spinners in the guild.

It’s a labour-intensive craft, but it appeals to island residents. “I think the attraction of weaving lies in the endless creative possibilities,” says Hodgins.

A version of this article appeared in the Aug/Sept issue with the headline “Isle of Artisans,” p. 80

Canadian Staycation: Cruising in Ontario Without the Crowds