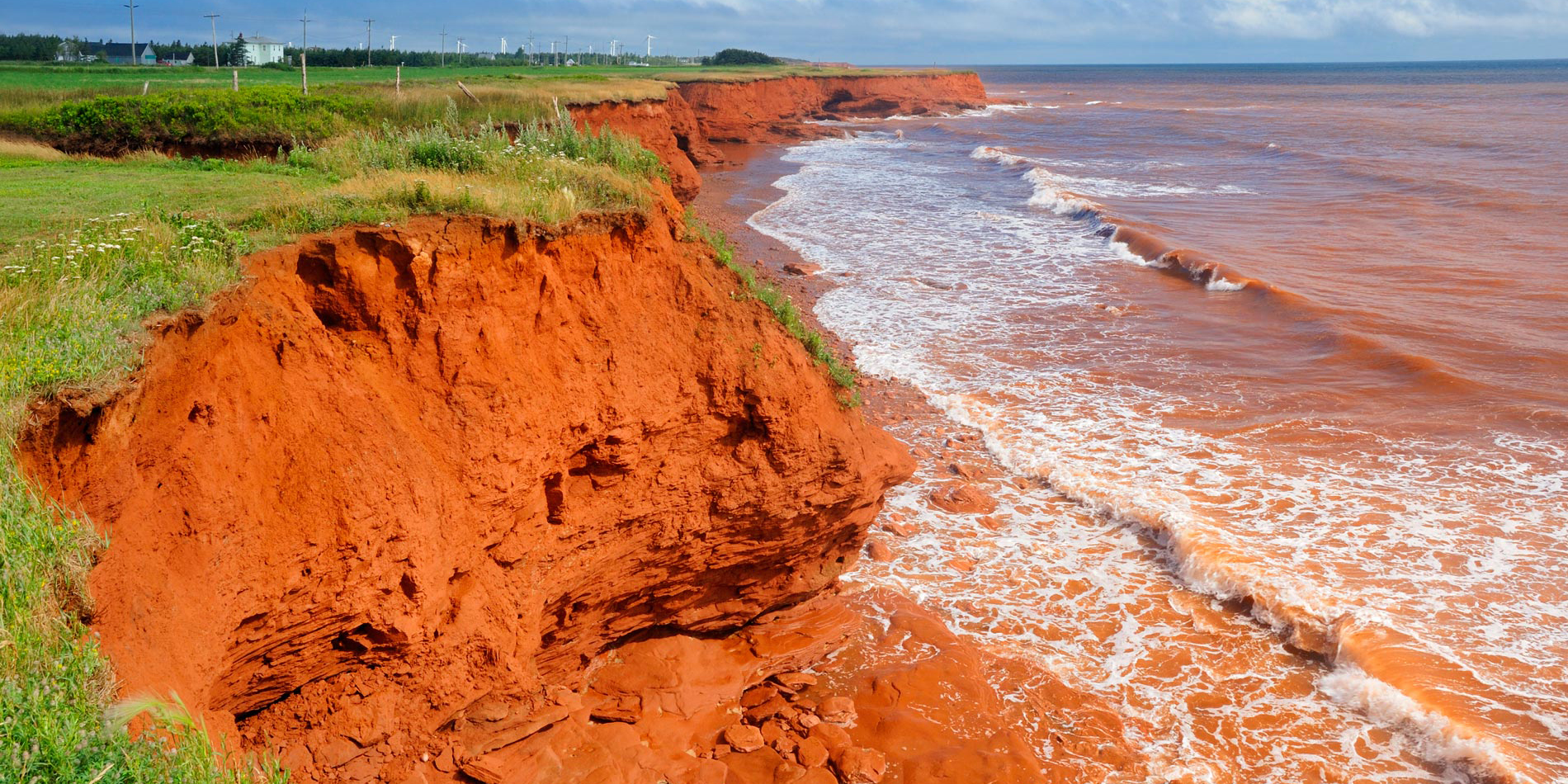 Prince Edward Island may be Canada’s smallest province, but the tourism people there are on their game in a big way. The island is sectioned into neatly defined regions, each with a well-signed driving route, which makes it perfect for road tripping. Deviating is encouraged, of course, but even by staying on the signed routes you cannot go wrong. It’s a treat of spectacular coastal scenery, character-filled small towns, lighthouse points, fantastic food (potatoes and seafood at every turn) and pretty campgrounds that make this a slam-dunk destination.

Think of Prince Edward Island as a community built around food. People come to P.E.I. for food experiences—from high-level training at the Culinary Institute of Canada to community lobster suppers to the island’s many food-themed festivals.

Strong food traditions are deeply woven into the fabric. Independent fishermen tend to their traps and lines along the island’s rugged coastline. Cutting-edge conservation methods have created one of the world’s most sustainable fisheries. The island’s food-centric mantra means the short time between harvesting and processing translates into the freshest texture and flavour.

In Charlottetown, seafood vendors showcase their wares and world-class chefs chop, sauté and serve at blistering speeds as part of the annual PEI International Shellfish Festival. Charlottetown is a walkable, pretty town with much happening to serve visiting tourists. It was the perfect launching off point for our visits to the far corners of the province as we were committed to exploring more rural and less urban.

It’s a fact that many island attractions are closed down in winter, but from spring through fall there’s always something in season, eateries are up and running and parks are open. Spring and fall shoulder seasons also mean smaller crowds at attractions and more tranquil experiences at parks, campgrounds and along hiking trails and beaches.

We found some of the island’s best camping at Prince Edward Island National Park, along the north shore. The campground at Cavendish is a short drive from Doiron Fisheries in North Rustico, where we found fresh mussels and created an easy-to-cook campside meal of PEI mussels steamed in white wine and chopped veggies.

The park’s beaches, dunes and hiking trails are a major draw. The easy Cavendish Trail (4.6 km return) crosses through young forests, across a wetlands boardwalk and to an outlook over the coastline’s trademark dunes and red sand beaches. It’s popular with hikers, bicyclists, birders and dog walkers.

A short drive from the national park is Green Gables National Historic Site, a Parks Canada cultural site dedicated to author Lucy Maud Montgomery and her wildly popular heroine, Anne. The writer’s love of the island shines through in the Anne of Green Gables series, beginning with the first book published in 1908. The property at Green Gables actually belonged to Montgomery’s relative, but settings from the novels are true to the farmhouse, Haunted Wood and Lover’s Lane. Period furnishings fill the home and there’s even Montgomery’s original 1906 Empire typewriter on display. Green Gables is one of the island’s most popular tourist destinations and in the shoulder season we found it was busy but not annoyingly crowded.

At the far end of the island from Charlottetown (although nothing on PEI is really very far) we found much to see along the North Cape Coastal Drive. First stop was the small community of O’Leary to visit The Canadian Potato Museum. You’ll either love or hate the kitschy giant potato out front (most visitors love it—attendance spiked after it was installed) but the inside of the museum is a definite keeper. The museum’s displays are international in scope with a focus on the origin of the potato, the history, cultivation and use.

“The Spanish came to South America in the 1500s, discovered the potato and took it back to Europe,” explained museum board member Stanley MacDonald. “The potato went from South America to Europe and then back to North America.”

This well-travelled and nutritious tuber was a vital part of the Inca diet. PEI’s acidic, stone-free soil is perfect for potato production, making it the spot to produce more potatoes per person than any other place in the world.

A few miles to the west, the North Cape Coastal Drive curves along the shoreline, past small clapboard cottages, compact fishing inlets and a quilt-like landscape of farm fields. Near the most northern point, we stopped in at the new Stompin’ Tom Centre in the hamlet of Skinners Pond.

Listen to Stompin’ Tom’s brand of country music and there’s no denying the unabashed Canadian patriotism of the late singer, songwriter, storyteller and travelling musician. The (very) small museum includes a soundproof karaoke booth where we sang along with Bud the Spud, displays of his awards and the restored one-room schoolhouse where the musician attended between ages nine and 13.

Visiting during the quieter season was a winning approach. Same beautiful countryside, same fresh produce and seafood, with many fewer people and nary a tour bus in sight. Win-win all around.

A version of this story was published on Oct. 30, 2018. For the latest pandemic travel restrictions across Canada, go here.

Check out Josephine and Craig’s website devoted to their travels and writing: www.travelswithrigby.com. It includes information on RV travel, how to buy an RV, dog-friendly travel, food and music destinations.