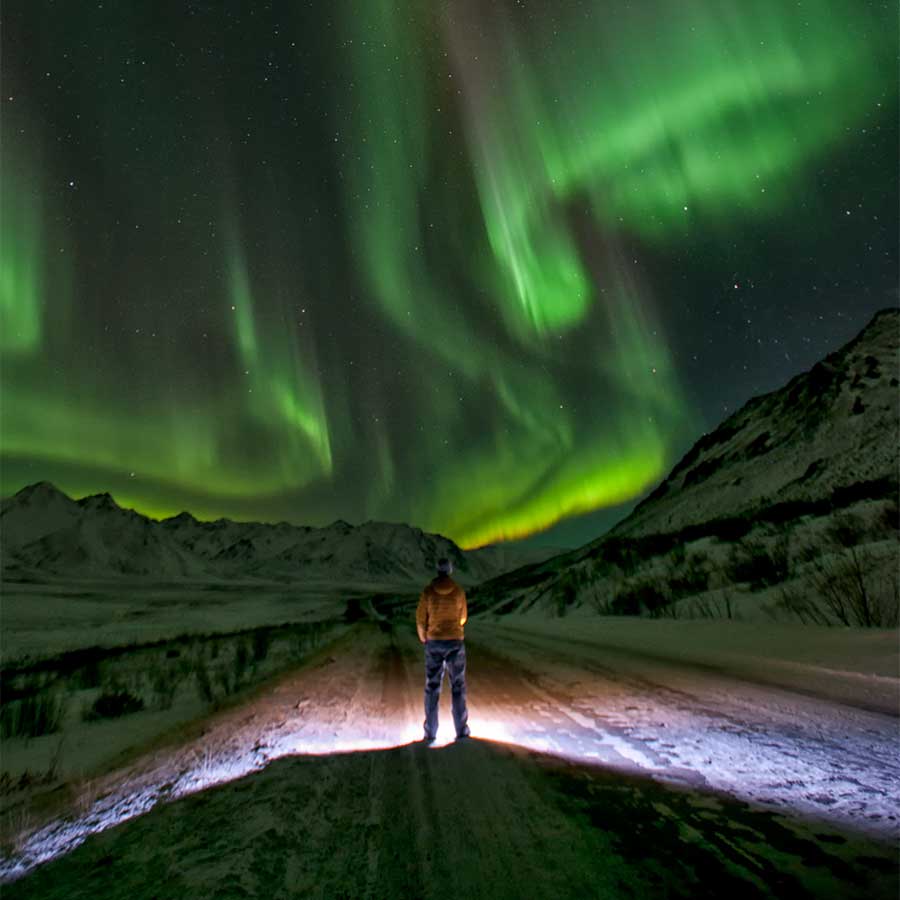 Yukon is truly one of the most glorious parts of Canada, with a rich history and present-day residents who reflect a “can-do,” frontier spirit. There are two main cities, but plenty of other great things to see and explore.

The only “big” city in Yukon (population around 25,000) is surrounded by wonderful nature. You’ll also find hip coffee shops and Jamaican restaurants.

One of the best places to learn about some of the most colourful residents who’ve graced this city is the MacBride Museum, which was named the most underrated attraction in Canada by MSN Travel. You’ll find great gold rush memorabilia, RCMP mementoes, stuffed grizzly bears and the famous Sam McGee cabin from the Robert Service poem “The Cremation of Sam McGee.” Maybe even better are the tales of tough pioneer women, including Lucille Hunter, believed to be one of the first Black woman in Yukon, and Martha Black, only the second woman elected to Canada’s Parliament. Inspiring stuff. The museum’s First Nations Gallery explores the stories of the 14 First Nations that call Yukon home. The Yukon Wildlife Preserve is a fine place to take the kids, with more than a dozen species of northern Canadian mammals in their natural environment. Just south of the city, the suspension bridge over rugged and beautiful Miles Canyon offers great river views. It’s a terrific hiking area, too.

Kluane National Park and Reserve is roughly two hours west of Whitehorse, and has some of Canada’s most rugged mountains. Haines Junction is the only sizeable town in the area and has a couple of places to stay.

South of Whitehorse, Carcross Desert is an astonishing area with towering sand dunes. Quite unexpected in Yukon for most visitors.

It’s about a six-hour drive from Whitehorse to Dawson City, part of it along the Yukon River. Stop at Five Finger Rapids, roughly the half-way point of the drive, for fine river views and plaques that explain the history and geography of the area.

There aren’t a lot of places for gas between Whitehorse and Dawson, so if you seen an open station you probably should stop. Carmack’s is a small village along the way with a hotel and a general store with groceries.

Front Street in Dawson has the usual mix of tourist shops you find in towns where cruise ship passengers drop in; old wooden buildings fixed up with old-timey signs advertising stuffed moose toys, T-shirts and candy.

You also don’t want to miss a chance to try the famous Sour Toe cocktail, a nearly 50-year tradition at the Downtown Hotel, where they place a real, severed human toe in a shot glass of alcohol and get you to drink the liquid. If your lips touch the toe, you get a certificate and get yourself enrolled in the Sour Toe club.

Canadian author Pierre Berton was born in Whitehorse but raised in Dawson City. His boyhood home — Berton House — is now a writers’ retreat. American author Jack London came here for the gold rush and wrote his famous Call of the Wild while holed up in a tiny cabin in the wilderness. Nobody knew where the cabin was until the ’60s, when researchers finally located it. Half of it now stands in Dawson City and the other half at Jack London Square in London’s home town of Oakland, Calif.

As the centre for the Klondike gold rush, there were plenty of places for miners to enjoy themselves back in the day. Tour guides who show you around may tell the story of how one of the local madams used to invite kids into her parlour (business was conducted upstairs) for tea and cookies on their way home from school. The madam ran an enterprise of dubious legality, but she also gave money to charity and closed on Sundays and didn’t allow married men inside. One of the old brothels, Bombay Peggy’s, is now a hotel with nice rooms and a lively pub.

Just a few minutes from town is Bonanza Creek, where gold was discovered in the late 1890s, setting off the world’s greatest gold rush. You can explore the area and learn about the strikes and the colourful folks — including Donald Trump’s grandfather, who allegedly ran a brothel in town — who came to make their fortunes. The folks at Claim 33 can teach you how to properly swirl a pan full of water and sediment and separate the heavier gold flakes from bits of rock and sand.

Don’t miss a visit to Tombstone Territorial Park, roughly 90 minutes northeast of Dawson City. The jagged mountains and rock formations are some of the most striking in Canada.

Canadian Staycation: Sightseeing and Adventure Along the Shores of Lake Superior