Beyond Airbnb: These Home-Sharing Options Might Change the Way You Travel 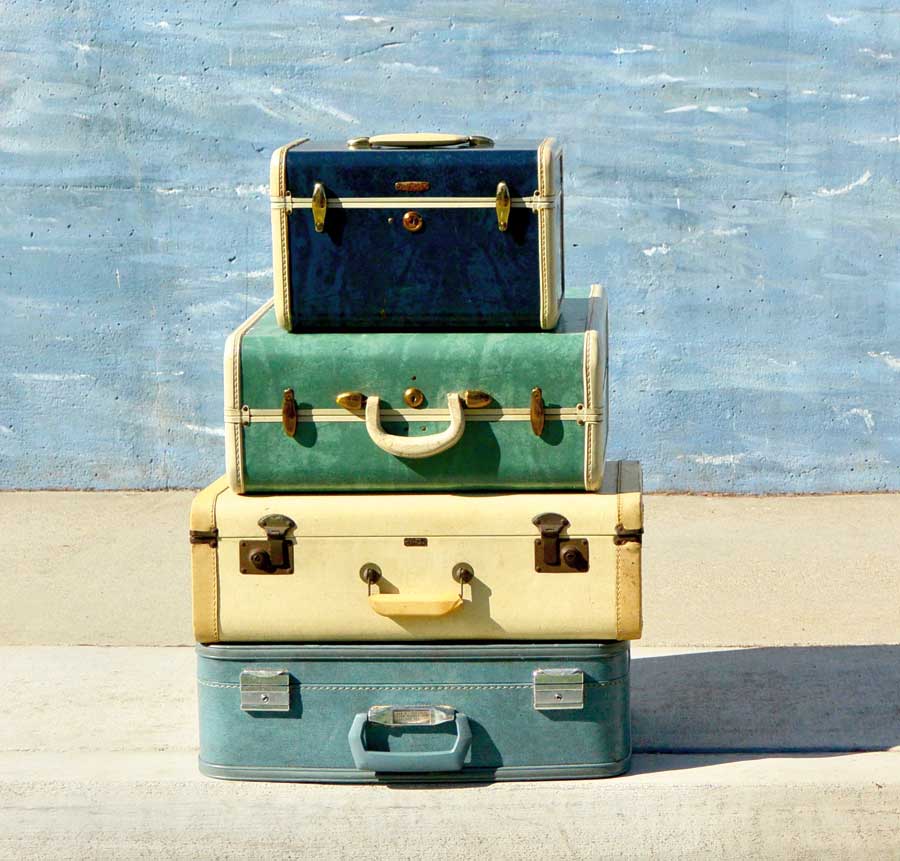 Where to stay? Checking in now means a range of options.

When Airbnb launched in 2008, it was seen as the ultimate industry disruptor. Since then, Barcelona has banned the rentals, it has been blamed for reductions in rental housing in San Francisco and New York, and hoteliers the world over are getting together in convention halls to discuss what they’re all going to do to respond to these troublemakers.

But really it’s the hotels that only about 150 years or so ago disrupted the age-old ecosystem of finding different kinds of places to stay depending on how you were travelling and why.

This past summer, Tono Wrann showed me around his family’s hotel on the Wörthersee, one of Austria’s most picturesque lakes. He showed me where the horses used to get changed and sometimes the carriages, too. The stables are seminar rooms now, but the hotel is much the same as it was when it opened 233 years ago. But when it opened, it wasn’t a hotel.

Tono is 28, part of the ninth generation of his family to run this place, now known as the Post Hotel, but for the first century or so of its existence, it was part of a quite common form of accommodation, often simply known as a post, where carriages carrying the mail and people from one centre to another — in this case, between Vienna and Trieste — would stop overnight to change tired horses and worn-out carriages. Also known as coaching inns, they’d been around since the 17th century.

Before the coaching inns, there were just regular inns, used by people travelling on foot or by carriage to break up journeys, usually from one private home to another. Pubs also often had rooms, serving both travellers and people who drank too much to make it home. You could stay in monasteries or convents, too, if you were so inclined. In Japan, the onsen, or hot spring, was the source of the earliest public accommodations but, once again, they were not hotels. They were more places to stay between medicinal soaks. The oldest one of those, called the Nisiyama Onsen Keiunkan, was founded in 705. It’s still in business.

The point is that, like many things that are not actually that old — white wedding dresses, Christmas trees, Rihanna — hotels seem to have been around forever. But they’re actually a fairly recent approach to travel accommodation.

Hotels can be great when you want a pool or a nice bar downstairs or room service. But just as the airline industry has been separating out their amenities, charging for things that used to be included and, in the process, lowering the base costs, this disruption — which now includes companies like VRBO, Onefinestay, Guest-Rm and Planeterra, which sets up home stays for Toronto-based G Adventures  — provides à la carte options that literally open up the world to people.

“One of the reasons G Adventures uses it is that it’s cultural immersion at its finest,” says Rhea Simms, Planeterra’s program manager in the Asia-Pacific.

“You’re eating what they’re eating. You’re helping in the kitchen, maybe even helping in the fields.” It’s an example of what’s being referred to in this new era of corporate consciousness (or, at least, corporate consciousness public relations) as a triple bottom-line operation. It offers immersion, personal relationships and the ability to stay in areas that may not have hotels. It also provides low-cost, low-overhead accommodation to help with G Adventures’ margins. And, at least as importantly, it offers new income streams for families in parts of the world that struggle economically. And Simms points out what might be a fourth bottom line. “The environmental footprint of a home stay is way lower than a hotel stay.”

The same applies at the higher end of the disruption spectrum. Though services like Onefinestay, recently acquired by Accor Hotels, operates on the same principle as Airbnb and the rest of the online-based home shares, it concentrates on high-end properties in many especially expensive places, like New York, London, and Turks and Caicos. You can get a two-storey, two-bedroom apartment where you can sit on a sofa under a fig tree on a rooftop terrace overlooking St Peter’s Basilica for about $650 a night or a townhouse on the Rue de Varenne in the troisième arrondisement of Paris, just a delightful stroll away from the Café de Flore, for $2,400.

Guest-Rm is the most innovative of the major options, forming a Facebook-centred network of friends, and friends of friends, who are willing to have each other over. This comes with two advantages. First, you’re only dealing with people you know or who have a sense of social responsibility to you because you’re the friend of a friend; and second, this is actually about sharing — the way Airbnb seemed to be at first but then wasn’t really. There’s a fee of $20 and a promise to bring your hosts a gift. Which is charming.

Born out of personal need — like Airbnb — when Philadelphians Josh Angotti and his wife, Laura Barron, needed to cut accommodations costs on the annual family reunion, Guest-Rm (pronounced “guest room”) is a genuinely new model. “People who have the wherewithal will take their one or two trips a year,” Angotti says, “and they’ll budget for a hotel or a VRBO or Airbnb, but then there’s myriad trips that people don’t take, not because they can’t afford the travel; it’s really the accommodations that are expensive.”

Ironically, for the founder of a digital brand, Angotti says his chief reason for coming up with Guest-Rm was to get people offline and face to face with each other again. “My hope is to rekindle those relationships between family or friends, encouraging trips people haven’t budgeted for, the trips that people don’t take right now,” he says. “My hope is that this will let people take a couple more trips a year.”

Founded in 2017, it’s a call-back to the oldest form of travel accommodation there is: staying with people you know or people who know people you know, like Emma Stone’s character in The Favourite coming to stay with her cousin played by Rachel Weisz, whom she’s never met.

Hotels themselves are changing, too, responding both to the disruptors and to the market that gave rise to them. Some of them are reverting to older forms, while insisting they’re the height of modernity, like the Groupe Germain’s Alt hotels, which despite their au courant design and hip locations, are going low-end. With snacks instead of restaurants, minimal staff and no amenities, they’re essentially inns.

Others are going high. You see it in hotels like the Hotel Bristol in Vienna or the Peninsula in Hong Kong. Others are offering specific hotel-only experiences, like the Montreal Sofitel’s backdoor escort into the secretive annual Dîner en Blanc. Even the aforementioned Wranns are trying to justify the fact that their rates have to be higher than places in Greece or Turkey by offering more luxury, more services, more personalization.

With these new spins on old places and very old spins on seemingly new options, travellers have a lot more ways to see, learn about and contribute to the world. And that townhouse in Paris? It’s available this month.