Away With Words: A Literary Weekend in the Kawarthas 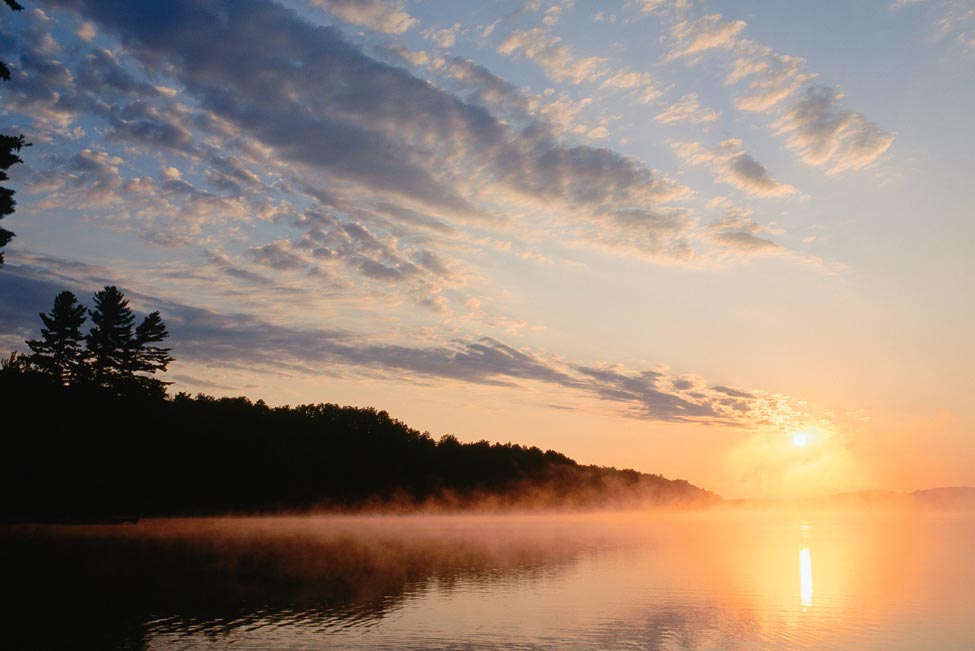 Here, we look at the literary luminaries who called Ontario’s cottage country home.

This was thick bush,” Derry Wilford, Lakefield Historical Society president, says with a shake of his head as he points toward the location of pioneer author Susanna Moodie’s long-gone cabin, now vacant land on Stenner Road outside Lakefield, Ont. I’m here–two hours northeast of Toronto, in the heart of Kawarthas cottage country, surrounded by rivers and lakes on the edge of the Canadian Shield–looking to be swept away by words, in what some call the cradle of Canadian literature.

Just ask Nigel Beale, the LiteraryTourist.org editor. “Four of Canada’s most important authors lived and worked here, and one of Canada’s defining stories is set here [Roughing It in the Bush],” says Beale, who is also the author of an audit of the Kawarthas’ “extensive tangible and intangible literary assets.”

He speaks of luminaries Robertson Davies, who called nearby Peterborough home, and, in Lakefield, Margaret Laurence and 19th-century sisters Moodie and Catharine Parr Traill. These intrepid sisters left a literary family in England (“They were like the Brontes,” I overheard one local say) to follow brother Sam Strickland to Canada. Come evening, I dive deeper into their story, nabbing a lobby copy of Charlotte Gray’s Sisters in the Wilderness from Lakefield’s The Village Inn.

Though educated, they were woefully unprepared for life here. Their candid accounts of pioneer living–Moodie wrote more critically of her experiences; Traill delighted in the diversity of the backwoods–are important. “It resonates with everyone, the things they went through, the loneliness, the hardships, the exhilarations,” says Beale. “Every Canadian, their grandparents, someone in their family, went through this at some point.”

In Lakefield, I follow their footsteps, falling under the easy spell of a village where diner waitresses call you “hon” and steam rises off your coffee, where personalized service and high-end wares fill clothing and curio shops. I trace long ago footfalls on quiet streets to the old stone Christ Church, now a community museum. Built in 1853-54 on the bank of the Otonobee River, displays include Traill’s desk and notes found in a scrapbook in an unfrequented church corner. The adjacent cemetery reveals early settler names, including the Stricklands.

Up the street, I read the plaque outside Laurence’s house, now a private residence at 8 Regent St. She lived in the yellow-brick house from 1975 to 1987, penning her last memories in an upstairs room. The Laurence years are splendidly celebrated each July during the Lakefield Literary Festival, begun in her honour in 1995 and now a full-scale celebration of the written word. From Laurence’s home, it’s five minutes to 16 Smith St. where Traill lived from 1860 to her 1899 death. Her stone grave is north of town, in Hillside Cemetery.

“I don’t think he was ever totally comfortable here,” a newspaper clipping quotes Trent professor emeritus and Davies biographer, Michael Peterman. “He came in as an outsider, and I guess in many ways he was an outsider all his life. Maybe that helped him create the fiction he did.”

Equally worth a stop is the Peterborough Museum and Archives. Displays range from early log shanties to Traill’s moccasins made by First Nations friends to save her from slipping on ice as she explored Canada’s wilderness. I end at Lang Pioneer Village, where the sisters’ world comes alive. “It’s like a passion,” one guide says. “I always say, ‘Read about it and you’ll feel it, you’ll feel how they lived.'”

Robertson Davies’ Old English Trifle Recipe
From The Letters of Robertson Davies:
“Dear Ms. McCulloch: Thank you for your letter asking for a recipe. I am happy to send you my recipe for Old English Trifle, which I tested on countless occasions, and which I can guarantee to be the one true and proper way to make this dish. …This dish is guaranteed to make a success of any party and should not be served in less than truly generous quantities.”

Line the bottom of a pudding bowl with broken and crumbled stale sponge cake. The pieces should not be too small, but, upon the other hand, they should not be more than 1-1/2 square. The sponge cake should half fill the bowl. It should then be soaked in a good quality of medium sweet sherry. Canadian sherry, I am sorry to say, is not satisfactory as it lacks the overtones which are vital to this delicious dish. Now cover the sherry-soaked sponge cake with a generous coating of raspberry jam, and add a layer of sliced peaches. Cover this in its turn with a generous coating of liquid custard to which sufficient Jamaica rum has been added to give it a satisfactory flavor. The whole dish should now be chilled in the refrigerator but only enough to make it cold, not enough to cool the flavor of the wine and the rum. Before serving put plenty of whipped cream on top and decorate it, if you wish, with chopped cherries, walnuts and almonds.