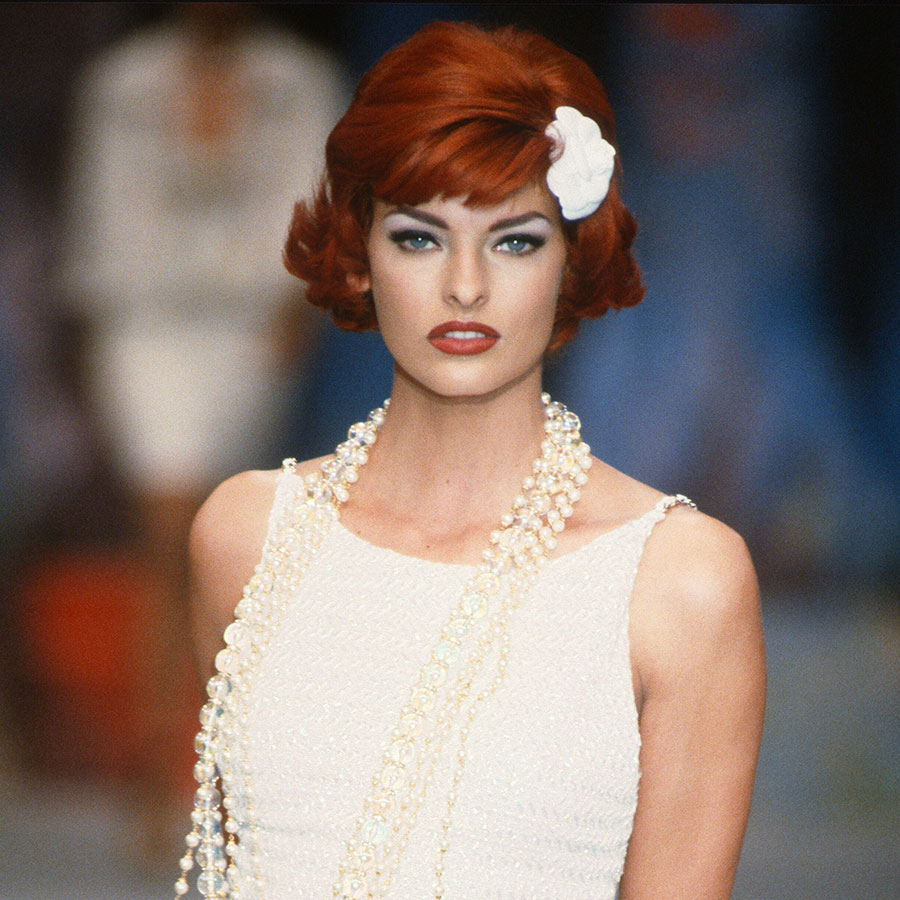 Linda Evangelista — seen here on the runway during the 1992 Chanel Ready to Wear show in Paris — has made her official comeback to the modelling world in a new Fendi ad. Photo: Victor Virgile/Gamma-Rapho via Getty Images

The last thing anyone expected when a slick new Fendi ad popped up on Linda Evangelista’s Instagram over the weekend was that it would star the OG supermodel herself. But there she was, 57 and flawless, clutching a silver sequin baguette. Heralding the signature handbag’s 25th anniversary, she teased a “special” September fashion show in New York to celebrate. Oooh … wondered the fashion world, would La Linda appear there as well?

It was a long way from the Canadian beauty’s stunning Instagram post just last September in which she revealed that she’d been “brutally disfigured” by a series of fat-reduction treatments that had left her “unrecognizable.”

Overwhelmed by “self-loathing,” Evangelista explained that she’d become a “recluse” since 2016, shunning public events and magazine pages while her “peers’ careers have been thriving”.

“I’m so tired of living this way,” a beleaguered Evangelista wrote, finishing her confessional post. “I would like to walk out my door with my head high, despite not looking like myself any longer.”

What no one predicted was that she’d be holding her head high in a high-profile Fendi campaign, just under a year later, looking every inch her famously fabulous self.

The procedure that left her disfigured was CoolSculpting, a treatment meant to destroy fat cells. In a small percentage of cases the fat cells expand instead of decrease, a side-effect known as Paradoxical Adipose Hyperplasia (PAH). That the world’s most famous model, one who many fashion insiders consider the best of all time, would be among the 0.0051 per cent of patients affected by the condition seemed particularly cruel. More horror stories hit the press. Some independent studies pegged the PAH figures as far higher. Evangelista slapped CoolSculpting’s parent company with a US$50 million lawsuit, which was settled on Tuesday.

With fashion’s quintessential ’90s “It” girl back in the luxury game, shilling the accessory — the small, compact baguette bag —  that kicked off the craze for “it” bags in the ’90s, Fendi’s ad, shot by Evangelista’s long-time collaborator, Steven Meisel, has a smooth arc to it — while also serving up a surprise happy ending.

Showing their support for Evangelista’s valiant comeback, fashion industry friends, from Carla Bruni (“you look so good, dearest”) to Christy Turlington, who posted a string of heart emojis, as well as designer Marc Jacobs, applauded her return.

But it was the famously flame-haired model Karen Elson who summed up everyone’s feelings best, exclaiming, “Oh my god, YES LINDA!”

At 50, Supermodel Naomi Campbell Matures From Bad Girl to Mentor and Activist