Why I Live Here: THUNDER BAY 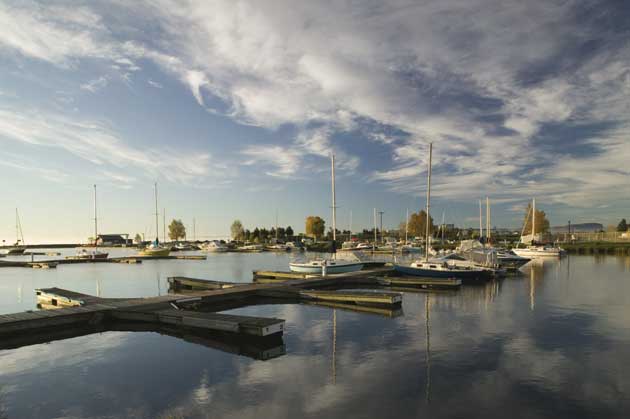 Remote and perched on Lake Superior, the largest freshwater lake in the world, Thunder Bay boasts a diverse population and a history that dates back to Paleoindians thousands of years ago. That’s why award-winning filmmaker Kelly Saxberg (50) and her husband, Ron Harpelle (55), a historian at Lakehead University, devote themselves to telling Thunder Bay’s stories. The couple met as university students in Manitoba, travelling together for years before Ron landed his job at Lakehead in 1996. Since then, they’ve co-founded the annual Bay Street Film Festival, shining a global spotlight on both local filmmakers and the city itself.

The price is right

Ron: “Real estate is a good deal here, and it makes a big difference to be comfortable. Our productions are international; we fly around the world and we have the ability to make films without having to worry so much about the high cost of living. We do pay what we call the ‘Thunder Bay Tax.’ That’s the price of a flight to Toronto. It’s two minutes to go through security, and then it’s an hour and a half, and you’re at the Billy Bishop Toronto City Airport.”

Window on the world

Kelly: “We’re living in quite a remote place but we’re also very international. I think in some ways it’s because we’re isolated: we have to reach out. Our world is not one little centre. We’re an international port, don’t forget. I look out my window on the third floor and I can see the ships coming in! Our films tell a lot about our place. As filmmakers, we have shot in every location in this city – our spectacular 100-year-old courthouse, out on the runway with airplanes. And you don’t have to pay for it. People are so happy to support you, and that you are telling these stories.”

Ron: “Thunder Bay is a good place for anyone to get away from the much larger centres and have a more comfortable and quiet existence but still have all the opportunities you could want for food and entertainment. Everybody knows the Hoito, which is the Finnish restaurant. It’s world famous. We like Bistro One, which was in [restaurant guide] Where to Eat in Canada. We have the symphony, and there’s lots of outdoor and indoor sports. We’ve got a new hospital because we’re a regional hub, and people come here for serious health-care issues … [and] a good ratio of doctors to patients.

Kelly: “We have thriving rural food producers and a lively market that runs year-round. Bay Street is the home of the Finnish Labour Temple and the Finnish bookstore. All our supporters of events like the Bay Street Film Festival, ninety per cent of them are the owners of those independent stores. We bring in filmmakers from around the world – last year we had a filmmaker from Iqaluit and one from Uruguay – and every filmmaker who has come has been thrilled with Thunder Bay.”  —Lisa Bendall

Need to know Has a busy international airport, plus bustling railway lines and seaport. The Thunder Bay Community Auditorium is the stage for world-renowned performers as well as the Thunder Bay Symphony Orchestra.