Stock Market: If You Think 2022 Was Rough on Investors, the New Year May Be Worse 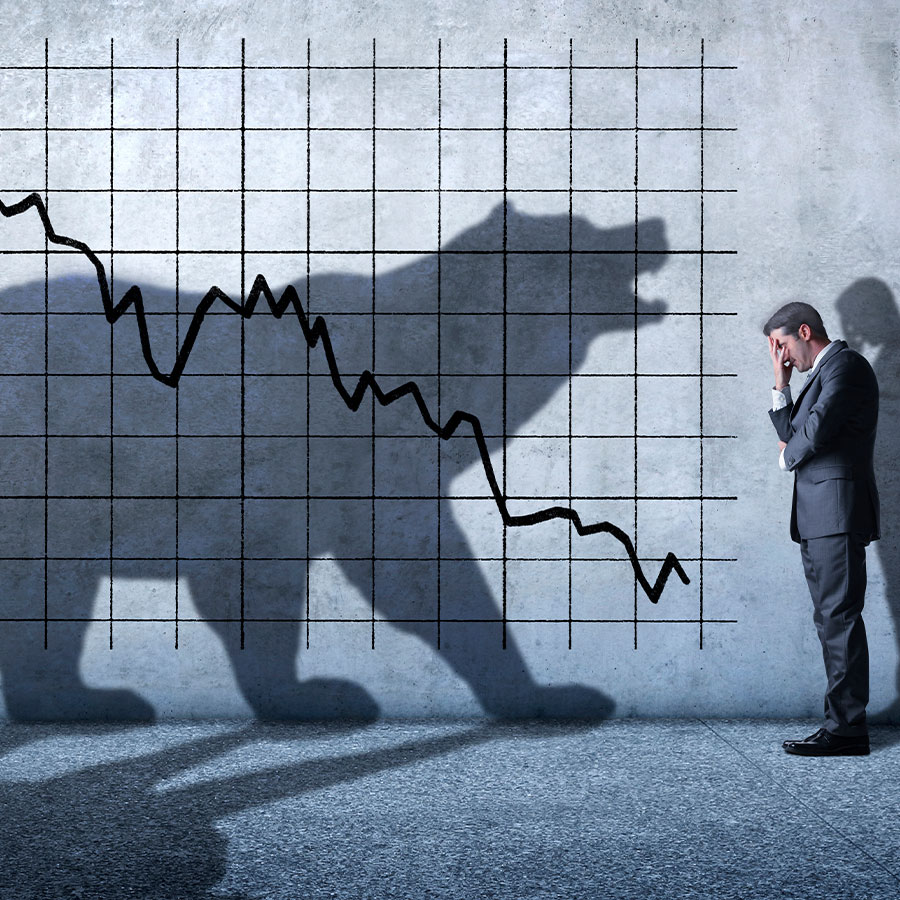 If you were glad to see 2022 in the rear-view mirror, I have some distressing news for you. By the time we close the books on 2023 you may be feeling nostalgic for the year just ended.

The most pain in 2022 was felt by those with a heavy technology weighting. The Nasdaq Composite was down 31.1 per cent, making it the worst performing major North American index. By comparison, the TSX fared relatively well, with a loss of 8.7 per cent. As for bonds, the less said the better. The FTSE Canadian Universe Bond Index ended the year with an 11.7 per cent loss.

In my outlook column last year, I warned that interest rate hikes, inflation, and overvaluation in the housing market would provide serious headwinds for stocks. I also raised the possibility of war in Taiwan or Ukraine. My guidance to readers was:

Avoid high risk stocks. I suggested sticking with blue chips like utilities, banks, and telecoms. All those sectors lost ground during the year, but these are strong companies that will recover, and they continue to pay healthy dividends. I did not mention energy, which turned out to be the top performing sector by far due mainly to the war in Ukraine.

Take some profits. I suggested anyone that was overweight in technology should take some money off the table.

Review your asset mix. My comment was: “Ask yourself how your portfolio would fare in the event of a sharp market sell-off. If you aren’t comfortable with the answer, reduce your equity exposure.”

Be cautious with bonds. I wrote that interest rate hikes would continue the downward pressure on bond prices in 2022. We ended up with the worst bond bear market in four decades.

The bottom line, I suggested, would be a steep stock market drop in the 10-15 per cent range in the first quarter, followed by a rally that would result in a full-year gain in the single digit range. In fact, the major decline was delayed until spring and we never got the big rally that pushed us back into positive territory, due mainly to the relentless interest rate hikes.

So much for last year. Now what?

According to the head of the International Monetary Fund, 2023 will be “a tough year, tougher than the one we leave behind”. Kristalina Georgieva said in an interview with CBS that she expects one-third of the world economy will be in recession at some point this year. She warned the world’s three leading economies – the U.S., EU, and China – are all slowing down at the same time.

Rising interest rates are a common factor. Central banks have been trying to squeeze the life out of inflation by pushing up borrowing costs. There is no indication the Fed, Bank of Canada, and the others will ease up until there are clear indications that the rate of price increases is moving towards the 2 per cent target. Last week’s surprising strong Canadian employment report has virtually guaranteed another BoC increase later this month, probably a quarter point.

Ms. Georgieva said the war in Ukraine has hit Europe hard and predicted that half the countries in the EU will be in recession this year. As for China, its struggles to deal with Covid have slowed growth to its weakest pace since early 2020.

Only the U.S. has a chance to avoid recession, she said. If that’s the case, it would be good news for Canada.

Given these warnings, how does the year ahead shape up? Here’s how I see it.

Stocks down early, up late. The unrelenting pressure by central banks to control inflation will likely mean more interest rate increases, at least through the first quarter. That on its own would be a problem for the stock markets. If earnings show signs of slowing, that will exacerbate the selling pressure.

By the second quarter, we should see an indication that the central banks will take a break and reassess the situation. Rate cuts are unlikely unless we are plunged into a serious recession, but even the hint of a pause will be a market booster.

Energy stocks will continue to prosper. Even if a cease-fire is agreed to in Ukraine, oil and gas prices will likely remain high, although averaging less than in 2022. OPEC has signalled that it will control production to keep prices high in 2023, whatever happens with the Russian “special military operation”. If the Chinese economy begins to recover in the second half, that will further boost energy demand.

Bonds should stabilize. Any good news on the interest rate front would be bullish for bond investors. Once the central banks ease up on interest rate hikes, the market should stabilize, and bond prices should start to rise. It’s early days, but we’re already seeing signs of that. Through the first week of 2023, the FTSE Canadian Universe Bond Index was ahead 1.5 per cent this month. I prefer short-term bonds or funds right now because they’re less vulnerable to further interest rate hikes. But longer-term issues have also done well recently.

On balance, it appears 2023 will be a tightrope year for investors. It will likely be volatile at the start, but by year-end, we should be through the worst of it and the future will look brighter. Fingers crossed.