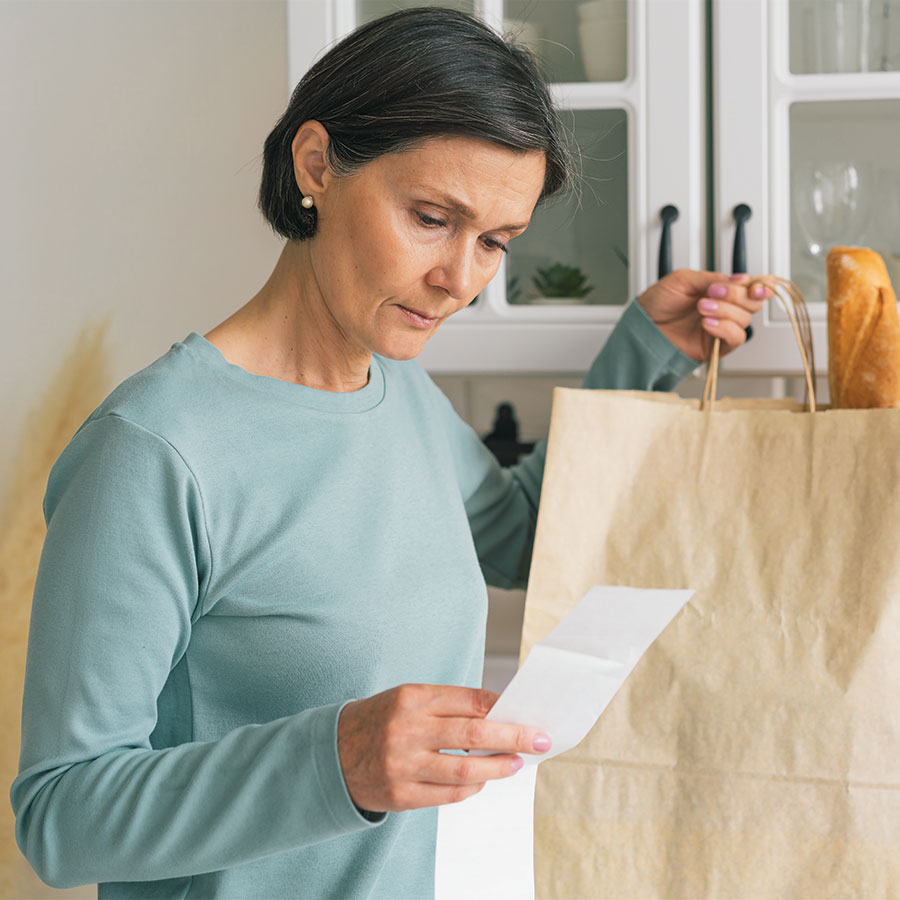 Nearly 60 per cent of Canadians are finding it difficult to provide enough food for themselves and their families. Photo: Natalia Gdovskaia/Getty Images

The latest Canada Food Price Report, which was released on Monday, predicts that inflation will cause the already rising cost of food to climb another five to seven per cent in 2023. With that in mind, we look at the long-term health effects that such a move could have on Canadians, from increasing vulnerability to a number of diseases to putting even more strain on our healthcare system.

Recent high food price inflation has plagued many Canadian families, especially those on tight budgets. Statistics Canada reported in October that in-store food prices increased at a faster rate than the all-items Consumer Price Index for the 11th month in a row.

The Ontario Student Nutrition Program, which feeds 28,000 students at 93 participating schools, has been hit hard by inflation and is in need of more funding and volunteers. The school breakfast that used to cost $1.20, now costs over $2.

A recent study from the non-profit Angus Reid Institute found nearly 60 per cent of Canadians are struggling to provide food for their families. When they can afford to buy food, many cannot afford to buy enough, or buy the food they want.

They end up skipping meals, eating old and low-quality foods, visiting different grocery stores to find cheaper options, which results in insufficient nutrition. A Dalhousie University study of 5,000 Canadians found that 23.6 per cent of the population cut back food purchases and 7.1 per cent skipped meals due to inflation.

However, the current high inflation is different — the Bank of Canada itself has acknowledged this. In a recent speech, the central bank’s governor, Tiff Macklem, said, “high inflation is making life more difficult for Canadians, especially those with low or fixed incomes.”

The amount of money that middle-income households spend on transportation and food makes them vulnerable. But the recent interest rate increases are not helping low-income people either. Canadians spend the highest proportion of their income (nearly one-third) to keep a roof over their head. The recent increases in lending rates have driven up housing costs.

A key side-effect of rising food price inflation is its impact on health and nutrition. When the cost of food increases, it restricts the availability of nutritious foods for low-income people. Eventually, this can lead to long-term impacts on human health and puts added pressure on Canada’s already strained health-care system.

According to research from the University of Toronto, an insecure food supply increases vulnerability to a variety of diseases and health conditions, including infectious diseases, poor oral health, injuries and chronic conditions like depression and anxiety, heart disease, hypertension, arthritis and chronic pain.

Similarly, a study by researchers from the Harvard Center for Population and Development Studies, found that nutrition, especially in the postnatal state, is the most important factor affecting human growth. This indicates that shorter adult height in low- and middle-income countries is linked to environmental conditions like nutrition.

We need to pay special attention to food price inflation because it has the potential to have long-lasting effects on future generations’ physical and mental health. Our children are our future — we have no room for compromise with their food and nutrition. Today’s malnourished children will result in tomorrow’s malnourished nation.

It is essential to make policymakers and governments aware of this devastating situation so they can take the necessary steps to combat rising food prices. Governments and policymakers must ensure Canadians have access to affordable, nutritional food.

As a short-term solution, Canadians should consider buying seasonal and frozen foods, growing foods themselves and replacing meats with legumes. To tackle food price inflation from a systemic perspective, policymakers should index social welfare amounts with inflation as quickly as possible to prevent unpredictable food price hikes for social welfare recipients.

Lastly, businesses should not take advantage of people’s desperation by increasing food prices. Canada’s three biggest grocery chains have been posting massive profits recently. They could use these profits to offset some of the cost of food price inflation. There is no silver bullet for tackling the high food price inflation effectively, but it will require a co-ordinated effort from all sides — governments, businesses and households.

Gifts of Christmas Past: Buy Secondhand to Give Your Loved Ones the Gift of Nostalgia and Imagination

Made in Canada: 4 Affordable Stocking Stuffers and Gift Ideas