How Older Canadians Are Changing the Way We Think About Retirement 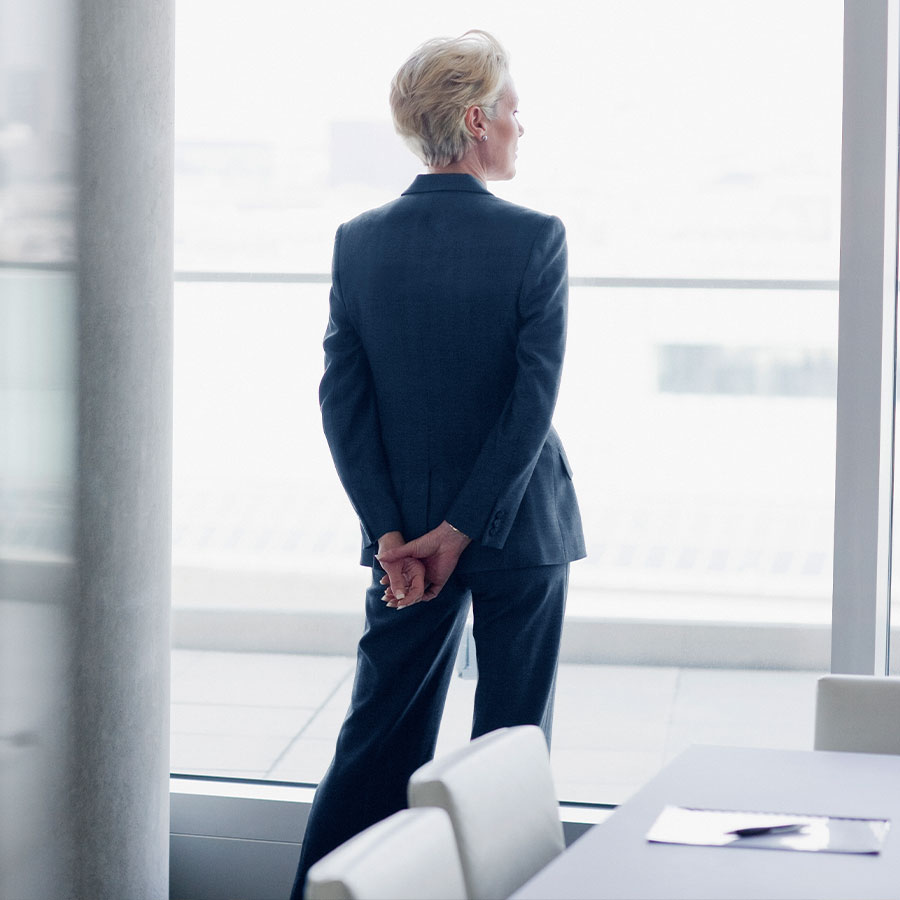 As the labour force matures and inflation grips the nation, boomers envision a working life well beyond 65. Here, we meet a few of them.

“I’m one of those boomers who started work when I was 21, basically, and worked full time my whole career” — Sheila

Sheila Laity could have stopped working at 55. Her husband, who is one year older, was ready to retire, she had a great pension and the mortgage on their Yellowknife home was paid off.

But Laity loved her job as a nurse practitioner with a specialty in orthopedics. Then, one cold morning when she was 57, her husband (retired from NorthwesTel for two years) flew to Edmonton to visit the grandkids, while she had to stay home to work. “He bought a ticket at the last minute. I couldn’t get time off and I thought, you know what, it’s time to pull the plug,” she says.

So Laity retired. Sort of. “I’m one of those boomers who started work when I was 21, basically, and worked full time my whole career,” she says. Now 63, she has worked casually for the past six years, helping to train her replacement and then filling in for vacations as an emergency room RN and, more recently, travelling the Northwest Territories far and wide to staff COVID-19 vaccine clinics.

“I didn’t feel I was ready to totally quit working; I just didn’t want to work full time anymore,” she says. “I like what I do and I felt I still had some productive years in me.”

Now, Laity and her husband both do casual work, using the income to, as she says, “pay to play.” They’ve hiked the El Camino de Santiago trail from both France and Portugal into Spain, visited Everest base camp in Nepal, toured Scotland and Ireland, visited New Zealand and Australia and did a bike and sail trip in Croatia.

The Laitys began retirement planning early, putting money away and ensuring their home, vehicles and appliances were paid off so they wouldn’t have any major expenditures for the first five to 10 years of retirement. They have savings set aside for repairs and upkeep on their $575,000 home, and have not yet dipped into their savings or RRSPs, as both continue to work and use that money for travel and discretionary spending.

They are feeling the effects of inflation on their grocery, gas and travel bills, and “just need to work a bit more to cover these costs,” she says.

As the labour force matures, the working-age population in Canada has never been older, according to Statistics Canada. More than one in five working Canadians are 55 to 64, and there are now seven million Canadians aged 65 and older.

Labour force participation numbers from the 2021 census have not been released, but the 2016 census showed nearly 22 per cent of those aged 65 to 74 — and almost five per cent of Canadians 75 and older — were still working. Despite a labour shortage that saw the unemployment rate hit 5.1 per cent in May (the lowest since comparable data was available in 1976), there are still barriers to older Canadians finding employment, says Morley Gunderson, professor emeritus at the Centre for Industrial Relations and Human Resources at the University of Toronto.

“Many of those labour shortages can be filled by older workers, so I think it’s a particularly opportune time to make sure that those artificial or unintended barriers are removed, and older workers are considered for those jobs.”

There is outright age discrimination, which he says is not taken as seriously as other forms of discrimination. There are clawbacks to retirement income support programs, such as Old Age Security (OAS) and provincial supplements for earnings, that discourage older workers from continuing to work, he adds. Unlike other developed countries, Canada has not changed the eligibility age of 65 for retirement income support despite longer life expectancy, Gunderson writes in his report, Barriers to the Labour Force Participation of Older Workers in Canada, published in May by the Fraser Institute, a public policy think tank.

“I’m not saying that those features are wrong. What I’m saying is I think they should be evaluated in light of the aging workforce,” Gunderson says. “People are living longer and very often retiring or being retired from their primary job, and they often want to keep on working, especially in a phased fashion.”

He says the point is not to force people to continue working. He believes Canada has done a good job protecting the income of seniors with public programs, health care and income support. “You want to remove any barriers that unintentionally discourage them from carrying on working.”

But Canada ranks in the middle of the pack among G20 countries for poverty among people aged 65-plus, according to 2021 data from the Organisation for Economic Co-operation and Development. In a June online survey of 1,515 Canadians by Angus Reid for insolvency trustees Bromwich and Smith and the Advisorsavvy website, four out of 10 Canadians said they delayed retirement because they have too much debt, while 62 per cent delayed it because they don’t have enough savings or investments.

Bill VanGorder, chief operating officer for CARP, (a ZoomerMedia affiliate), says survey after survey of association members shows finances are their primary concern. He points out that cost-of-living increases prompted the federal government to up OAS payments for Canadians aged 75 and over by 10 per cent in July.

“People of my age and older thought they were planning for freedom 55, and after retiring, they’re finding out they’re living longer, and there’s a huge fear that they’re going to outlive their money.”

At 79, VanGorder is on his third or fourth career, after he first retired at 63. He works because he enjoys it and has a lot left to give, but not everyone has that choice. “People used to think they would stop working at 65, or by 75 that would be it. Now people are living well into 85, 90, 95, so the old 65 just doesn’t cut it anymore.”

At the Passport to Employment program in Charlottetown, about 1,100 people aged 50 and over have come through the doors since the program started in 2007. Over five weeks, they establish what kind of jobs suits their skillsets, put together resumés and learn how to find jobs. And most have found work, says Patrick Campbell, one of the program instructors.

“We’ve had lawyers, we’ve had doctors; we’ve had folks with a Grade 2 education; we’ve had fishermen; we’ve had everything,” Campbell says. One couple, a 76-year-old retired electrician and a 73-year-old retired nurse, came to the program together. “A lot of people have done whatever list they had on the fridge and decide they want to come back to work,” he says. “And we have some that need to work.”

“I keep working because it  stimulates the body, mind and soul” — Charles

Charles DesRoches, who is “over 65,” worked as a manager in federal government departments until he left to join the private sector. As retirement approached, DesRoches was working as a bilingual tour guide in Charlottetown, but then the pandemic shut everything down. He turned to volunteering, working with the Rotary Club to deliver food to isolated people.

When restrictions began to lift, he enrolled in the Passport to Employment program, in part for the social aspect, but also because he’s not ready, mentally or financially, to retire. While he is on the verge of tapping into a “reasonable” federal government pension, DesRoches is worried about living on a fixed income.

“I keep working because it stimulates the body, mind, soul, and also the cost of living is extremely high,” he says. “I filled up my car this morning and it cost $90. It used to cost $50.”

The costs of electricity, gas and groceries have all increased drastically, he says, pointing out that inflation is the highest it’s been in 40 years. DesRoches sold his home after a relationship broke up seven years ago, and now pays $1,300 a month in rent.

“You just cut corners everywhere,” he says, adding he shops specials at the grocery store and saves where he can. He’s writing a book about the hiking trails of P.E.I., and the Passport program helped him hone his skills for a job he’ll enjoy, as a tour guide again this summer. In the meantime, he continues to volunteer with Rotary and with a Royal Canadian Legion housing project.

Despite speaking English and French, as well as some German, DesRoches continues his search for post-pandemic employment. He believes ageism plays a part in keeping some retirement-age people from finding meaningful work.

“I do see it, there’s no question about that, but it doesn’t affect me because I don’t let it,” he says. “We’re in a crisis mode. The only way the economy is going to keep going is if we all start working together, and it doesn’t matter what your age is.”

After retiring from the Canadian Air Force in 2002, Alex Handyside worked in the non-profit sector in Halifax until 2004, when he started ScotiaCare Home Care. In 2016, at 58, following a cancer scare, he sold his home care business to the staff and retired a second time.

Now 64, Handyside drives double-decker buses in Halifax during cruise ship season. “I was bored. I just thought I could do with something to get me out of the house, so I started driving double-deckers and I love it,” he says. He doesn’t work weekends unless he wants to and has winters off.

His wife, an accountant, still works full time, but will retire at the end of next year, and they plan to do some more travelling. Their only debt is the $100,000 mortgage remaining on their $525,000 condo, and they own their cottage outright. They tapped a personal line of credit a decade ago to boost RRSP contributions, which has been paid off since, but they kept the line of credit open for emergencies.

He earns about $1,800 a month working part time, not including pension income from the British and Canadian militaries, and his wife brings in about three times that. They continue to contribute to RRSPs and maintain a tax-free savings account. Handyside has stocks and exchange-traded funds that he manages himself.

The couple travels abroad once a year and in eastern Canada once a year. He says they don’t eat out as much as they used to, in large part because of the rising costs, and they plan to scale down to one vehicle once his wife retires.

But he will continue working.

“I’ve retired twice, and finally now I’m pretty much doing what I want to do, which is my version of retirement. I’m still working, but it’s on my terms.”

A version this article appeared in the August/September 2022 issue with the headline ‘The End of Retirement’, p. 26.

J. P. Morgan Tells Its Advisors to Assume Retirees Will Live to 100