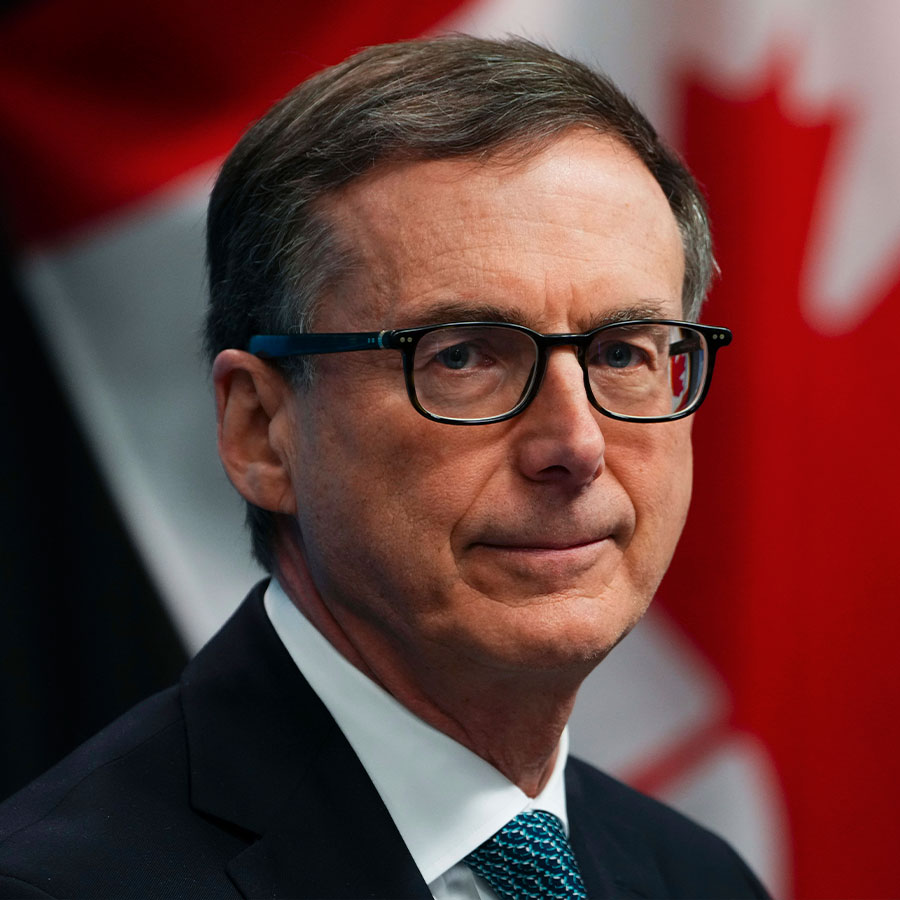 The Governor needed to ensure Canadians got the message —inflation is going to be tamed, whatever the cost to the economy. Photo: Sean Kilpatrick/The Canadian Press

Shock and awe! That’s really what Bank of Canada Governor Tiff Macklem was trying to achieve with last month’s one percentage point hike in the overnight rate.

Everyone was expecting 75 basis points. If that’s what the Bank had delivered, the response would have been ho-hum.

By upping the ante, Mr. Macklem got what he wanted — front page headlines and the lead story on television news.

The Governor needed to ensure Canadians got the message — the Bank was serious. No more pussyfooting around with vague words like “transitory”. Inflation is going to be tamed, whatever the cost to the economy.

The Bank is as worried about expectations as it is about the actual cost of living numbers. Once business leaders and individuals become convinced inflation is here to stay, at least for a while, a vicious cycle sets in.

Manufacturers raise prices because their own costs are going up, and because they can. Retailers pass on the higher costs to consumers, perhaps adding their own mark-up along the way. Consumers complain and unions begin demanding higher wages. Manufacturers pass on the higher labour costs with more price increases. The cycle continues. If nothing breaks the circuit, desperate politicians eventually resort to wage and price controls, as Pierre Trudeau did in 1975 when inflation was running at 10 per cent+. They didn’t work and were phased out in 1978.

The Bank of Canada is trying to forestall another such fiasco by convincing us that it can control the current round of price escalations. It even set a timeline: inflation will start “to come back down” later this year, ease to about 3 per cent at the end of 2023, and return to the 2 per cent target by the end of 2024.

To make that happen in what is a relatively short time frame, the Bank will keep pushing interest higher by whatever amount the governors think is needed. That could mean another one percentage point hike at the September meeting, perhaps more.

What are the chances for success? It’s difficult to know. We’ve never seen this type of economic configuration before: a global pandemic that has led to crippling economic lockdowns combined with a vicious war and a breakdown of supply chains.

One result of this poisonous stew has been downward pressure on both the stock and bond markets. This is a rare occurrence — usually bonds cushion portfolio losses when stocks decline. According to the Steadyhand Volatility Meter, a portfolio comprised of 90 per cent stocks and 10 per cent bonds lost 25.8 per cent in 2008. But if that asset mix were reversed, the portfolio gained 2.7 per cent. In 2018, a 90 per cent stock, 10 per cent bond mix produced a loss of 4.1 per cent. The inverse asset mix gained 0.8 per cent.

That’s not happening now. Both stocks and bonds are eating away at portfolio values. The FTSE Canadian Universe Bond Index was down 11.73 per cent year-to-date as of July 13. The S&P/TSX Composite had lost 12.29 per cent at the point.

Gold, a traditional safe haven, is also down. So are cryptocurrencies. That leaves cash or cash equivalents and with interest rates rising, GICs are looking more attractive. But the returns they offer are well below the rate of inflation, so you’re still losing money in purchasing power terms.

What’s the answer? Wait out the storm with some quality dividend paying securities as the bedrock of your portfolio. I especially recommend utilities at this point. They’ve held their ground so far in the current sell-off, with the S&P/TSX Capped Utilities Index up by 0.64 per cent year-to-date. That’s not a lot, but at least it’s in positive territory.

If you would prefer an ETF for more diversification, look at the BMO Equal Weight Utilities Index ETF ZUT-T), which is a recommendation of my Income Investor newsletter. As of the end of June it was showing a six-month total return of 2.87 per cent – modest, but positive. The fund makes monthly distributions of $0.075 per unit.