Stock Market: High Interest Rates May Not Be “Transitory” 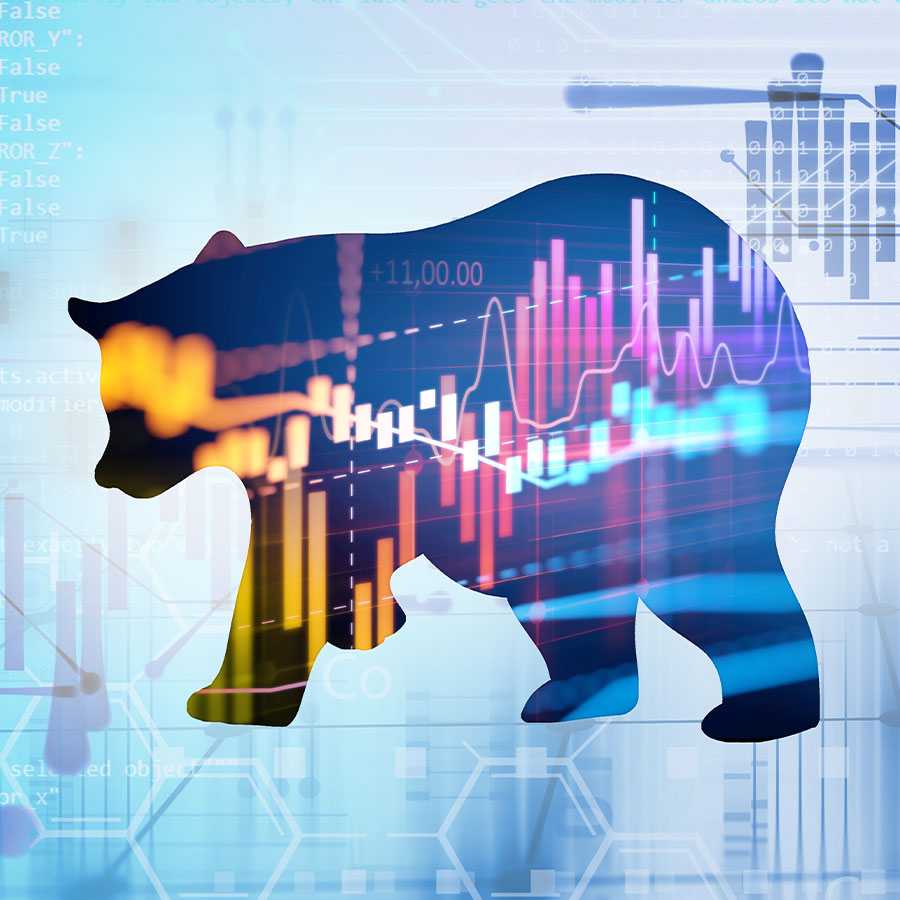 Financial expert Gordon Pape looks at some of the most common questions he gets during a bear market. Photo: monsitj/Getty Images

When will we reach bottom?

Is this a good time to buy?

Is it too late to sell?

The answer to the first question is that no one knows. A market bottom can only be determined in hindsight. Anyone who claims to be able to precisely call a turning point is either a charlatan or a fool.

The answer to the second question is that it’s always a good time to buy high-quality, dividend-paying companies. They may be cheaper on some days than others, but over the long term the price will rise, and you’ll benefit from the steady cash flow that all income investors seek.

As for selling, you should never dump the types of companies I’ve just described. Good dividend securities are the gems of the stock market. Don’t consider disposing of them. If you’re holding junk, it’s a different story. Those stocks are probably not going to recover even when the market rebounds so you might as well take your losses and learn from them.

So far, I’ve referred only to stocks. But now, I’m receiving questions I rarely see.

“Thanks for the continued wisdom in these crazy times. Is it time to dip back into bonds (with talk of a recession)?” – Michael H.

“Several months ago, you put out an excellent note about bonds. You indicated that this is not the time to be putting money into them but at some point it will be an opportune time. I do not understand bonds well but with the interest rates rising they now yield more, and it also lowers the purchase price. Is this now the time to be considering them and if so, what is a good way for the average investor to do this?” – Rich G.

It’s been many years since I’ve received questions of this type, due to the fact interest rates have been trending down for most of the past 40 years. But these readers are on to something. The time is coming when bond investments will offer the potential for some rich capital gains. But it’s not here yet.

Last year, both the Bank of Canada and the U.S. Federal Reserve Board described inflation as “transitory” on several occasions. It turns out rising living costs have become so deeply entrenched in the economy that central banks are using sledgehammer rate increases to try to beat back the CPI.

We may be tempted to think these higher rates are transitory too. History suggests they may not be.

Here’s where we are now. As of the close on July 15, the FTSE Canada Universe Bond Index was down 11.76 per cent year-to-date. That’s a huge decline for an index that is composed of a broad cross-section of Canadian bonds, including a large proportion of short-term, low-risk issues.

Long-term bonds have been absolutely clobbered, down 20.96 per cent year-to-date. Real return bonds, which supposedly insulate you from inflation, are down 15.91 per cent. There’s no hiding place for bond investors right now. Even the Short-Term Bond Index is down 4.29 per cent for the year.

This carnage is likely to continue for a while. Central banks are expected to keep aggressively raising interest rates for the rest of the year in an effort to prevent inflation from becoming more entrenched than it is already.

The theory behind high interest rates is that they will squelch demand. The cost of borrowing will discourage consumers from applying for a mortgage or buying big ticket items like cars. Corporations will cut back on ordering new equipment. Reduced demand will prompt sellers to lower prices to attract customers, thus pushing down the inflation rate.

That’s the theory and it usually works (if it doesn’t, we risk hyperinflation, where the value of paper currency plunges to near zero). The unknown is how long it will take and how high interest rates will have to move to achieve this end.

I don’t mean to be alarmist, but these are the facts. We know from experience that it is possible to endure decades of high interest rates if inflation is not brought under control. If we think the increases being implemented today are high, look at what happened almost half a century ago.

To return to our readers’ questions, yes there will be opportunities to make big capital gains in the bond market when rates are near or at their peak. I did it myself in the early 1980s by investing heavily in long-term Government of Canada strip bonds. I was placing a bet against hyperinflation and in favour of a return to lower rates. It turned out to be the right call.

As far as I can determine, there is no Canadian ETF that specializes in strip bonds. (I bought mine directly from my broker in 1982.) But it wouldn’t surprise me to see one or more funds of this type to appear if interest rates continue to rise for an extended period.

There are a few in the U.S. One to look at is the iShares 25+ Year Treasury STRIPS Bond ETF (BZX: GOVZ). It seeks to track the investment results of an index composed of the principal payments of U.S. Treasury bonds with remaining maturities of at least 25 years. Because these are principal-only strips, they bear no interest. Your payoff is the capital gains generated by the bonds in the portfolio.

As you might imagine, this year has been rough for this new fund (launched in September 2020). As of July 15, it was down 27.81 per cent year-to-date. As long as rates keep climbing, that downward trend will likely continue. But when rates turn back down, this fund will post huge gains.

So, put it on your watch list. Just remember, it could be months or even years before the turnaround happens.

Stock Market: High Yields In the Energy Sector, But Don&#8217;t Lose Sight of the Risk