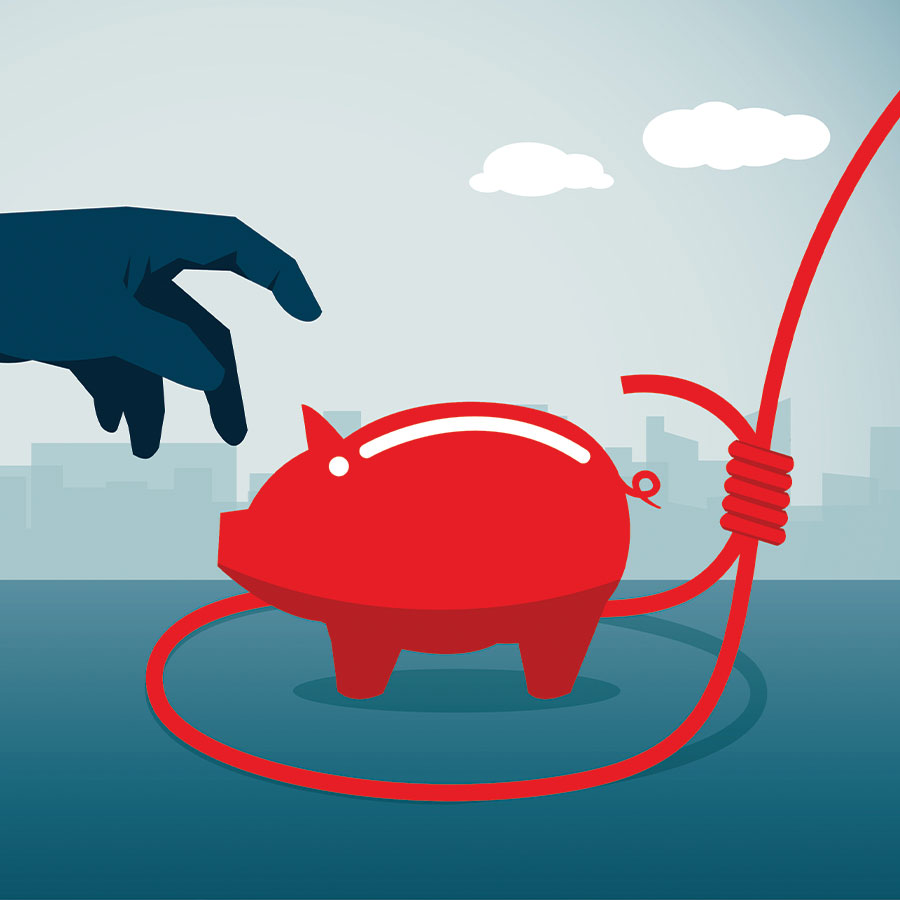 While we have been focused on the COVID-19 pandemic, vaccine mandates and related protests for much of the past two years, a wave of financial fraud has spread rapidly across Canada and around the world.

While not a deadly respiratory virus, this new approach to scamming has affected thousands of individuals globally, with victims defrauded of a record US$14 billion in 2021. The Canadian Anti-Fraud Centre reported nearly $100 million stolen from victims in Canada alone in 2020 and 2021.

The pig-butchering, or “sha zhu pan,” scam is a highly sophisticated form of romance and cryptocurrency investment scam. Scammers — mainly working for Chinese organized crime gangs — pose as attractive professionals or entrepreneurs looking for true love. They use dating apps, including Tinder, Grindr and Hinge, as well as social media platforms like Facebook and Instagram to match with their potential victims. The scammers target single women and men, LGBTQ+ and those over 50 years old, as well as new immigrants as their potential victims.

Using a combination of savvy technological tools, fake social media profiles and psychological manipulation, the scammers trick victims into believing that they live close by and are willing to meet in person whenever COVID-19 restrictions are lifted. In reality, the scammers are located mainly in Southeast Asia.

They slowly gain victims’ trust by using their personal information on social media against them to play the role of their dream romantic partner. They also shower their victims with messages of love and affection day and night.

WATCH: A Victim of the Pig-Butchering Scam Describes How it Worked on Her

According to the Global Anti-Scam Organization, this stage of the scam is referred to as fattening or raising the pig before slaughtering it. The “pig” here is the unsuspecting person, located in Asia, North America or Europe who is looking for a genuine love match on dating apps.

Contrary to more traditional romance scams, scammers manage to convince their victims that they are not interested in their money or personal banking information. Instead, they want to build a bright economic future with their soulmate by investing in cryptocurrency together as a couple.

Once the victims’ guard is down, scammers convince them to invest increasing amounts of money. Victims have, in many cases, emptied out their bank accounts, spent their inheritances and life savings, taken out loans and mortgages, and sold their houses and cars to invest in fake crypto platforms. Victims realize they were scammed only after being blocked from withdrawing the thousands or millions of dollars they invested.

My doctoral research examines how gay men across international borders navigate romantic relationships online. As such, I understand how unsuspecting people looking for love and companionship online during the COVID-19 pandemic can fall victim to these highly sophisticated romance-cryptocurrency investment scams.

The COVID-19 pandemic has disrupted everybody’s life. Its intense periods of isolation, fear and uncertainty have particularly affected single people who don’t have emotional and social support systems in place. And dating during the pandemic has been especially difficult.

Limited to online dating and dating apps, singles have become the perfect prey for criminals. Taking advantage of their vulnerability, loneliness and desire for human connection, organized criminals have feigned romantic interest to con them out of their money.

Previously, people may have thought they could outsmart being “catfished” — misled by an individual scammer pretending to be someone else — but most of the perpetrators of these new scams work in organized crime gangs. They appear to be made up of experts in psychological profiling who can hook their victims more efficiently using elaborate scripts and algorithms, gradually making them fall in love with a good-looking and wealthy professional looking for a long-term relationship. At some point, they offer financial advice, particularly in investments, usually in cryptocurrency.

Often, the plan is for the scammer and the victim to invest together, getting even greater returns, only the victim’s money is real while the scammer’s isn’t. This has left victims with huge debts, while also dealing with post-traumatic stress disorder, shame, embarrassment and anger after being scammed.

In the United Kingdom, a landmark online safety bill has been proposed that would compel online companies to proactively tackle fraudulent content and harmful advertising.

If passed, the Online Safety Bill will allocate greater funds to police and anti-fraud departments, which are critically underfunded.

In addition, senators in the United States and officials in India have called for tighter government regulations of cryptocurrencies to protect people from fraud.

Given the devastating financial and emotional impact that scams have on victims, some banks and other financial institutions in the U.S. and the U.K. have refunded their customers.

Canadian government, financial institutions and the media need to work toward preventing online fraud and helping victims recover. As we increasingly integrate the virtual world with our day-to-day living, more needs to be done to protect Canadians.

Experts Weigh in on How to Invest for Inflationary Times

Stock Market: Inflation Is Public Enemy No. 1 for Income Investors

How to Avoid Investment Fraud, Plus Other Scam-Busting Tips