New Tech That Will Change the Way We Shop 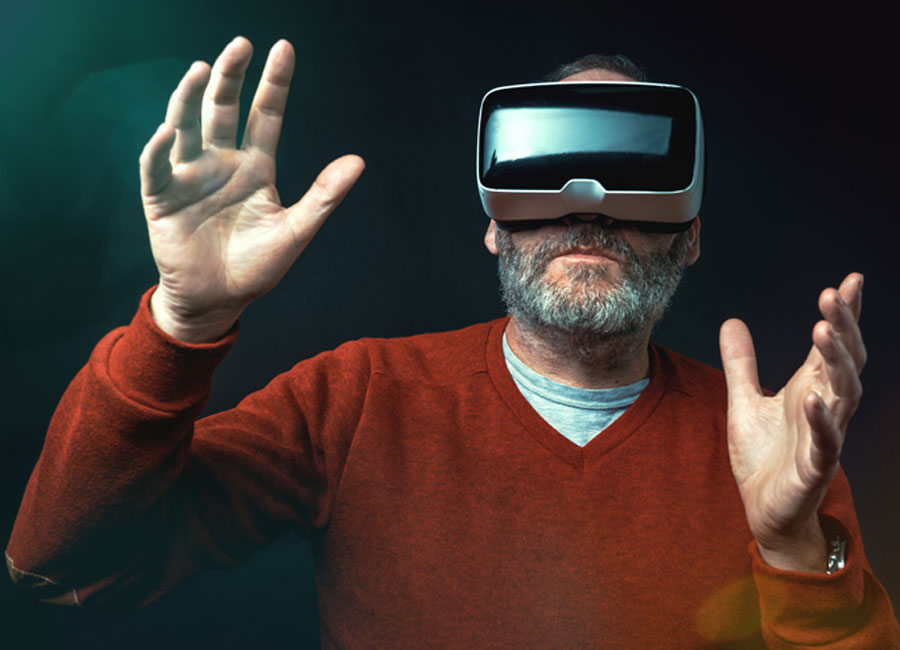 One of many everyday activities that will continue to change with new technology is the way we shop.

While the devices we rely on today may seem commonplace, it would have been considered science fiction just a few years ago – be it taking calls on a smartwatch, asking a speaker in your home to play one of 30 million songs or robotic lawnmowers that quietly cut our grass.

And so, when you hear about how we’ll be performing one of our most common tasks in the near future – shopping for groceries, for example – don’t write it off as fantasy because it’ll be here before you know it.

Here’s a look at a few likely scenarios.

1. Stores with no checkout

As we saw in January with the launch of the first Amazon Go store in Seattle, you might not need to wait in line to pay for items in the near future. Thanks to hundreds of cameras and sensors and smart artificial intelligence (AI) behind the scenes, you can grab items off the shelf and simply walk out when you’re done – and your account will be automatically billed (followed by an emailed receipt). Even if you place items back on the shelf, the technology will keep track and adjust your order accordingly.

Say you don’t want to fight the crowds to visit a supermarket or shopping mall, or if you’re physically unable to do so, you may be donning a virtual reality (VR) headset at home and simulating a shopping experience. As demonstrated in a Tesco concept video out of the U.K., you’ll walk the virtual aisles from a first-person perspective and can even virtually touch and manipulate items with your hands, such as taking an item off the shelf to inspect it closer, before placing it in a virtual cart. The items you’ve selected will then be delivered to your door.

While virtual reality transports you to a completely digital world – seen in 360 degrees and tied to head tracking – augmented reality (AR), on the other hand, layers digital information on top of the real world you’re looking at, as seen through a smartphone camera lens. Soon, we may be wearing AR glasses that can superimpose info on top of items in a supermarket, be it a star rating by customers, if the price is competitive compared to nearby stores or a floating green checkmark if the caloric or sugar content is acceptable based on your specific criteria.

High-tech personal assistants in the home will increasingly be used to purchase online items. With smart speakers like Google Home and Amazon Echo, you can verbally add items to your grocery list whenever they pop into your head and then officially place an order when your list is full – just by asking for it. You’ll be given an option to have items shipped to you or readied for pick-up at your favourite nearby store. You can also set up recurring items on a weekly or bi-weekly basis, based on what you use regularly, so that you don’t need to manually add these products you consume often.

Speaking of Google and Amazon, both tech juggernauts are testing drones that can deliver you a parcel in 30 minutes or less – or, at least, that’s the end goal. In fact, Amazon is testing its Prime Air quadcopter delivery service in rural B.C., among other places. You’ll order a product using an app, your voice or a website and, so long as it’s somewhat small and light, it’ll message you when it has arrived on your doorstep, scan your face when you come out to confirm it’s you and then email you a receipt after it drops it down. Seriously.

Instead of the Detroit Auto Show, which took place a week later, Toyota chose the Consumer Electronics Show (CES) in Las Vegas to unveil e-Palette, a concept for the future of autonomous (“self-driving”) vehicles. Perhaps one day in the not-too-distant future, your vehicle can not only drive you around from point A to point B, but Toyota envisions autonomous cars used for ride-sharing services, delivering you food on demand and even serving as a mobile storefront that brings products to you instead of the other way around. Toyota is teaming up with Uber, Pizza Hut and Amazon, to start, but the first live demonstration of Toyota e-Palette won’t be until the Tokyo Olympics in 2020.