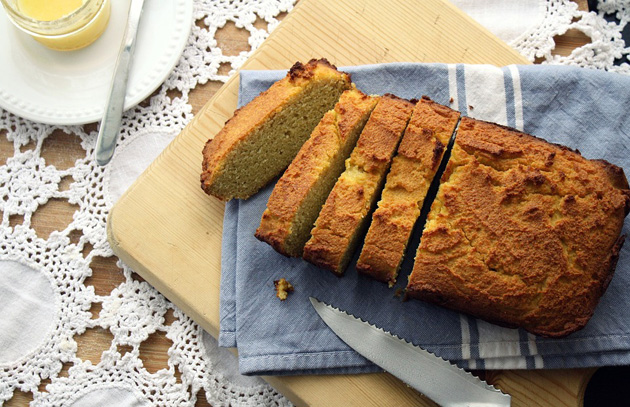 A version of this article was originally published on March 11, 2019.

You’re having tummy trouble—again. Here, what to do when gluten becomes the enemy.

Get out the ginger ale—you’re experiencing stomach issues again, and you can’t seem to figure out the culprit: cucumbers, certain red wines, dairy, chorizo?

Why can’t everything in your stomach just get along? Maybe it’s not a disagreeable foodstuff at all; maybe you’re allergic to exercise—or work!

If this kind of trouble becomes a regular occurrence, there is a possibility that you might be enemies with gluten, the name given to certain proteins found in some cereal grains. Reactions to those grains fall under the Immunoglobulin G (IgG) response, the scientific term for an intolerance, not an allergy, which can cause chronic long-term difficulties. And unlike the kinds of immediate allergic reactions people have to peanuts or shellfish, IgG reactions are more in the background.

“An IgG reaction can show up several days after you ingest something,” says registered dietitian Doug Cook of Toronto. “Symptoms are low-grade, a little more diffuse and hard to pinpoint.”

Food intolerance may get worse as we get older, whether it’s gluten, yeast, dairy or what have you. Our bodies slow down as we age, perhaps creating fewer digestive enzymes, which are the impetus required to make chemical changes in our systems.

Because of this, we can become less tolerant of some foods, and symptoms crop up that seem to come out of left field. It could also be that the older half of the population may simply take more notice of their stomach trouble, whereas younger people are more likely to just put up with discomfort or dismiss it as something they ate.

Of course, this affliction doesn’t only affect us as we age. I went gluten-free decades before it was a nutritional buzz phrase and I’ve become a pro at navigating this hazard. I was just getting ready for college when the dermatologist told me I had to stop eating cheeseburgers—and pizza, fried chicken, cakes and cookies. How do you get an 18-year-old to stop eating cheeseburgers? Impossible. A skin biopsy confirmed dermatitis herpetiformis, a skin condition characterized by a pattern of red, raised lesions with tiny blisters in the centre that cause intense itching and burning sensations, which is managed primarily by a gluten-free diet.

Celiac disease, characterized by a severe intolerance to gluten, is the most well-known reason people go gluten-free. And with gluten turning up as a binding agent in the weirdest places, even the smallest amount of it can seep into celiac sufferers’ diets via ice cream, soy sauce and peanut butter among other things.

Non-celiac gluten sensitivity has been estimated to occur at a much higher rate than previously thought. And more people are cottoning on to the fact that their stomachs seem happier when they avoid gluten. But, because no tests are available, people often self-diagnose by trial and error.

Video producer Andrew James, 52, is a recent gluten-free convert, having adopted the diet to help stem a recurring stomach ache.

“It felt like a hunger pang,” he says, “and my stomach was distended, even when I hadn’t eaten very much.” Gluten was just one of several aspects of his diet that he experimented with, but it seems to have been the culprit. “I try to eat no gluten at all but succeed perhaps four days out of seven. Morning stomach aches are gone if I avoid gluten entirely.”

Now that James has reduced his intake, he reacts more strongly than he used to when he falls off the wagon on occasion, almost always for the same thing: “Really great bread!”

Everyone has their weakness.

The good thing that’s come from my gluten intolerance is the fact that I eat more fresh things, having to avoid most packaged and processed foods. I’ve learned to home-make the things I can’t live without—perogies, date squares, focaccia bread and chocolate cake (infused with, of all things, puréed lentils). The advantage of not feeling terrible really makes up for the small effort it takes.

Delicious gluten-free recipes can be found by the thousands online, and gluten-free food is becoming a staple at the grocers as well as at restaurants.

If you have an inkling that gluten may be a problem, see your doctor who can requisition blood work to rule out celiac disease or refer you to a registered dietitian or dermatologist (if skin irritation is present) and, in turn, help bring back a healthier you.

Gluten: Certain proteins found in wheat, rye, barley and related grains such as kamut, triticale, durum wheat or semolina, club wheat emmer, einkorn and farro are used as a binding agent in some processed foods. Adverse reactions include bloating and abdominal pain.

Lactose: People with lactose intolerance do not produce enough of the enzyme lactase, which breaks down lactose, a sugar found in milk. They are unable to digest dairy products and experience nausea, cramps, gas, bloating, the works. This puts them in a world of soy chai lattes, rice milk and Lactaid.

Yeast: Sensitivity to yeast is hard to pinpoint because the symptoms are vague and vary from one person to the next. Hallmark indicators include feeling sluggish or weak, abdominal or muscle pain and skin irritation.

Red Wine: Chances are good that you know at least one person who pops an antihistamine before a night of red wine. It may be the tannins and histamines that people are sensitive to, creating the dreaded red wine headache.

Flavourings: Most nutritionists agree that things like artificial sweeteners and MSG have no business in our bodies and can trigger side effects like headaches, nausea and dizziness.

President’s Choice Gluten-Free line
Loblaw has a line of gluten-free goodies that includes banana bread and bite-sized chocolate brownies. The sandwich loaf is dense and plain but satisfying (toasting also required), and the chocolate chip cookie mix holds together, despite the rice flour base, which is normally cause for crumbliness. Loblaws, Real Canadian Superstore

Queen Street White Bean Gluten-Free Bread
This is the only gluten-free bread I’ve come across that doesn’t need to be toasted if it’s fresh. Because it’s not made with any preservatives, it’s best to freeze half for later to avoid spoilage. Romano bean and breakfast loaf versions, too.  Loblaws

Kinnikinnick Foods Soft Multigrain Bread
Tons of news recently about this ever-expanding Edmonton company, touted as the largest gluten-free bakery in the world. Its line of soft breads and buns is getting rave reviews.  www.kinnikinnick.com for store locations.

The Ethics, Emotion and Logic Behind Going Vegan

Cooking From the Pantry: Add a Dash of Good Health to Your Favourite Foods