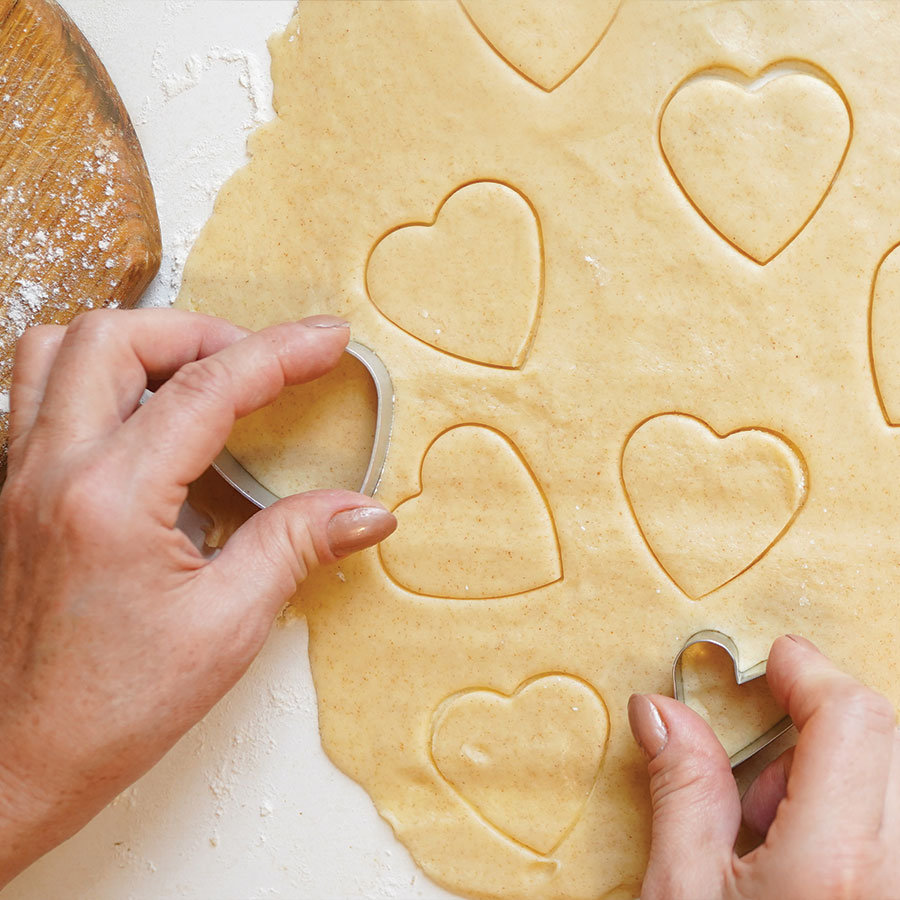 An innovative model for dementia care is individually customized, designed around a person’s interests and abilities, with the goal of engaging them and enhancing their physical, emotional and cognitive well-being. Photo: Anastasiia Levchenko/EyeEm/Getty Images

Around the time Esther Kapp turned 90 and forgot how to make challah, her family realized they were slowly losing the matriarch they knew and loved.

Baking the braided egg bread was how she’d prepared for the Jewish sabbath. It wasn’t just the bread that eluded her. The bubbe who loves to bake cheesecake and chocolate chip cookies for her grandkids forgot how to do that, too.

The sense of loss and sadness, for Esther and for her family, increased as her cognition declined. “In her late 80s, there were signs of forgetfulness,” recalls her daughter-in-law Debbie Kapp, “and by early 2020, my father-in-law noticed significant problems.”

When he washed the bed sheets and put them back on the bed, 15 minutes later she would say, “We have to wash the sheets.”

“So he washed them again,” says Debbie. “They met in their teens and married soon after. He took good care of her.”

After her husband died suddenly in October 2020, depressed about losing her loving companion after 67 years, and with her cognition declining, Esther moved into a long-term care residence. There, she broke her leg. Following surgery and rehab, she moved to Baycrest Terraces in Toronto. Then, after all the sadness and loss, something wonderful happened.

Esther was given a room on the floor at Baycrest with an innovative, experimental research program, Possibilities by Baycrest, for people with dementia and Alzheimer’s. It’s individually customized, designed around the resident’s interests, skills and abilities, with the goal of engaging them and enhancing their physical, emotional and cognitive well-being.

“It’s just amazing,” says Debbie. “They designed a program with activities specific for her, doing things she always enjoyed. She likes to play cards but can’t play the way she used to so they created games where she can play but not the way she did. She’s engaged all the time, in a game, an activity, watching a show, singing after dinner karaoke style, going to exercise classes. She’s never in her room. She’s not finding things to complain about the way she did before. She’s happier.”

Remarkably, she is baking again: muffins, chocolate chip cookies and challah on Fridays for sabbath.

The program is so specifically bespoke that because the intake information indicated that Esther always read a morning paper with her breakfast, says Debbie, “they bring a paper and help her go through it at breakfast.”

Dr. William Reichman, president and CEO of Baycrest, calls it “hyper-customization.” It begins, he says, with a “very extensive evaluation process: a comprehensive deep dive into who this person was and is today and who they could be tomorrow, understanding what drives them, inspires and fulfills them.”

He suggests that this should be the model for good dementia care, whether at home, in a congregate setting or in specialized memory daycare.

“Many people living with dementia are deeply loved but family members often don’t understand how to optimize finding activities that truly engage and inspire them. It is too much to ask of many families who are overwhelmed with daily living and caregiving.

“Sometimes a place for congregate care is the best possible solution.”

The foundation of the customized program at Baycrest is “in-depth exploration of cognitive abilities, cognitive losses, what has been retained and even how to recover lost function.”

All this is possible, says Reichman, because the Possibilities program is based on the broad and deep understanding of cognition and neuroscience that Baycrest is famous for. “All the programming is informed by neuroscience,” he emphasizes. Also, it’s coupled with state-of-the-art technology.

“We have unique access to technologies around the world,” explains Reichman. “We beta test them and help bring the most promising to market.”

That cutting-edge technology is at work in one of Esther’s favourite activities. An image of silverware is projected onto a table and Esther sits and “polishes” the silverware and “stacks” it in containers by moving her hands. “It’s for enhancing hand-eye co-ordination and cognitive training and Esther loves doing it,” Debbie says.

Reichman acknowledges that along with science and technology, it’s the people and number of people working on the floor who make a difference in this Baycrest program. Even the training of the staff is based on neuroscience, he explains, using game theory, computer simulation and individualized learning.

Reichman acknowledges that Possibilities by Baycrest is an expensive model designed as a research program. “We need to optimize the model, figure out the core elements that lead to the greatest benefit, adapt the model to nursing homes and deliver enough of the model to add value to the lives of people with dementia.”

In the meantime, Esther Kapp, now 92, is one of the lucky ones, with often as many as 2,000 people waiting for a bed at the Baycrest nursing home.

Adapting the Model at Home

Possibilities is an approach to living with dementia that maximizes a person’s abilities by reinvigorating old interests and hobbies and sparking new ones, as well as continuing relationships with family and creating new connections.

To adapt this approach at home, one thing caregivers can do is to try to create activities based on a person’s past interests and where they are along their cognitive journey.  Were they, for instance, an active bridge player? Did they practise yoga? Enjoy painting? Were they jazz enthusiasts? How did they spend their day?

Creating more meaningful day-to-day experiences for older adults living with cognitive change can lead to greater autonomy and purpose, Reichman says, and allow them to remain in their own homes for as long as possible.

From Alzheimer’s Drugs to Long COVID, the Top Health Stories of 2022

Just Can’t Find the Right Word? Researchers Say This Might Be Due to “Memory Clutter” Rather Than Cognitive Decline