The Sobriety Movement: The Path to More Mindful Drinking 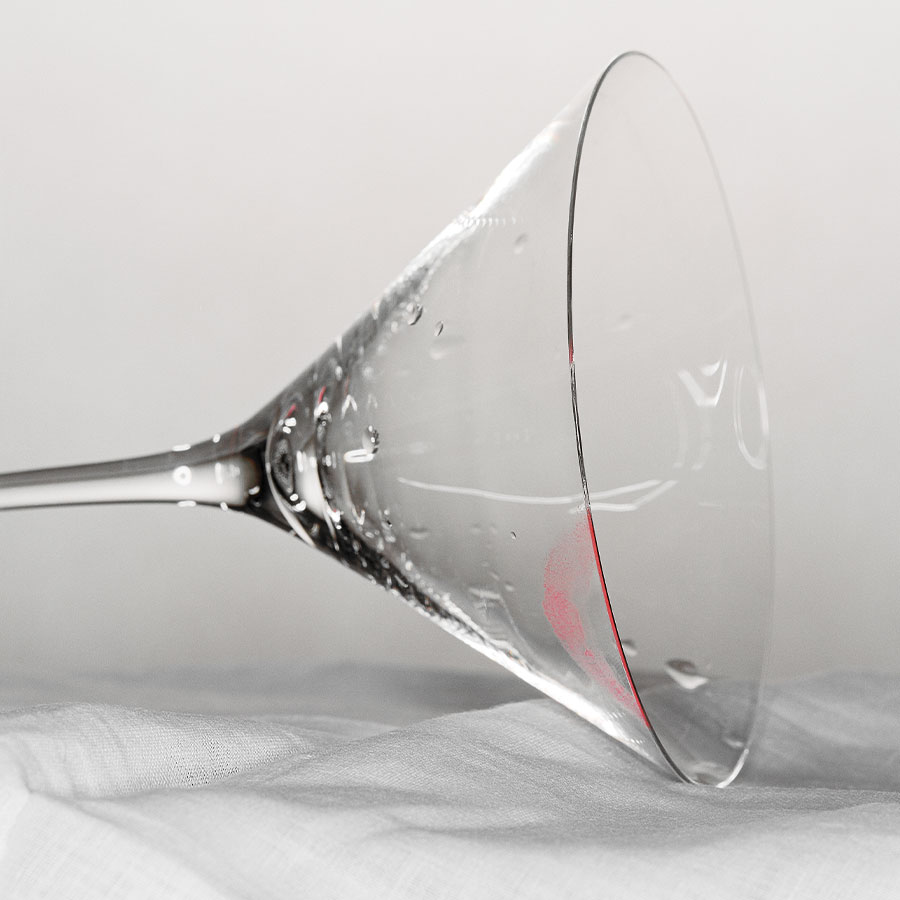 The sobriety movement has many rethinking their relationship with alcohol. Photo: Tom Schierlitz/Trunk Images

Poor Sex and the City fans. It seems as if one day they were carefree, sipping Cosmopolitans, teetering around in Manolos, and the next, they were confronting drinking problems in the 2021 sequel And Just Like That… .  The show’s funny but all-too-realistic portrayal of the downside of boozing it up poses an uncomfortable, anxiety-inducing question: Is this a reflection of our lives, or is it just entertainment? Either way, if you related it to your own drinking, then the zeitgeist has spoken. The sobriety trend has hit the mainstream.

It’s a topic that pops up everywhere, from Facebook groups to spirituality-themed podcasts to sober-curious advice columns. Alcohol-free drinks get prime shelf space at grocery stores, and there are sober bars from Los Angeles to Montreal offering “placebo” cocktails with names like Dark Dawn and That Thing. Online support communities such as The Luckiest Club, Soberful, LifeRing and Women for Sobriety are thriving, and then there are model/influencers like Chrissy Teigen, who announced her newfound sobriety to 38 million followers and tipped off the world to Quit Like a Woman: The Radical Choice to Not Drink in a Culture Obsessed with Alcohol. It became a New York Times bestseller and made author Holly Whitaker the reigning star of Quit Lit – prescriptive literature on how to stop drinking. Technology-enabled and millennial-driven, the sobriety conversation is amplified by social media, where drink-tracking apps are advertised in heavy rotation.

COVID-19 confinement also played a role in surfacing sobriety as a social trend. Drinking became one of the few sources of entertainment that didn’t require a screen, offering a distraction from the perpetual sameness of lockdown life. For older people living alone, isolation and loneliness became an issue, as well. As we get older, physiological changes lower tolerance levels and, since women absorb more alcohol into their bloodstreams than men, pandemic drinking posed female-specific risks that transcended the occasional hangover.

In the media, the storyline was consistent: As COVID surged, we turned to the bottle. Now, U.S. data is bearing this out. A survey conducted in May 2020 by the University of Maryland and Johns Hopkins Bloomberg School of Public Health found that, of more than 800 respondents, 60 per cent were drinking more than they had before COVID-19; one reason was increased stress. Meanwhile, a January 2021 Statistics Canada survey showed Canadians were drinking due to stress, boredom and isolation, but just as many decreased their drinking as increased it. It’s an incomplete picture, however. At that point, we were only 10 months into the pandemic, with another full year of working from home ahead and plenty of time to drink away our woes.

As we step out of COVID’s long shadow, the facts about booze are staring us in the face. Nearly 15,000 deaths a year in Canada can be attributed to alcohol, and problem drinking – defined by the Toronto-based Centre for Addiction and Mental Health as “alcohol use that causes problems in a person’s life, but does not include physical dependence” – is four times as common as severe alcohol dependence. Once you add accelerated brain aging to alcohol’s health risks (liver damage, breast and colon cancer, cardiovascular disease), sobriety looks like a no-brainer. “Alcohol is a class 1 carcinogen,” says Bryce Barker, a Knowledge Broker with Canadian Centre on Substance Use and Addiction. “As such, there’s no completely healthy way to use it.”

There are healthier ways, though. “Mindful drinking” is now the mantra; developing a moderation mindset is the intent. There’s new accommodation in our booze-soaked society for people who want to change their relationship with alcohol, whether for a week or a lifetime. With a smartphone, support is at your fingertips. At any given moment, you can join a global online group or open an alcohol recovery app – Reframe, Sober Time or Sunnyside, to name a few – to track your intake, set goals and read up on alcohol’s effects, in breezy, relatable language. Community, traditionally the bedrock of recovery in the form of in-person meetings, is now available online on an unprecedented scale. You get instant access to like-minded people who are ready and willing to listen to your story, cheer you on and keep you accountable.

This in no way implies that, if you’ve been diagnosed with alcohol use disorder, you can get sober by downloading an app. But some people are in the so-called grey area – a new term that includes binge drinkers (more than four drinks for women and five for men on one occasion) and those who regularly consume more than a moderate amount of alcohol (two drinks a day for women and three for men) – and don’t meet the criteria for dependence. For them, the path to healthier choices has become more nuanced. While problem drinking may cause blackouts or cost you a relationship or a job, grey-area drinking may distress you or compromise your health, but it won’t ruin your life. New thinking about how much is too much has given rise to tools and resources promoting a different endgame: harm reduction.

Coaching is one support that barely existed in Canada a decade ago. Michael Walsh, a Victoria-based certified recovery coach, was an early adopter, starting his practice in 2014. He says the service he provides, which costs from $110 to $175 an hour, is neither therapy nor counselling, but more akin to customized, one-on-one support, where he helps clients cut back, take a break or quit using drugs or alcohol. In the past, there were two choices: Alcoholics Anonymous, which is free, or in-patient rehab, which can cost anywhere from $10,000 to $40,000 for 30 days in a private clinic. (Some publicly funded treatment centres may be covered by provincial health plans, while employers’ health insurance may cover private rehab.) “What’s changed,” says Walsh, “is that you don’t have to fit into a category anymore.”  The language has changed, too. “Addict,” “alcoholic” and “abuse” are seen as stigmatizing labels, in much the same way the language around mental illness has changed. Walsh works with clients to create a roadmap to recovery that helps keep them accountable. “The easy part is stopping; the hard part is recreating your life around staying stopped.”

For Toronto food photographer Teri-Ann Carty, 47, it was quit or die. Now 10 years sober, she once managed a restaurant with easy access to “fuel.” She was, in her words, “a walking dumpster fire.” After hitting a series of “massive crisis points,” she managed to get to an AA meeting, straightened out and hasn’t looked back. And what does the zero-alcohol vegan think of the harm-reduction approach? Carty laughs. “It’s B.S. Just a tease.”

Sarah Kate, a 45-year-old non-alcoholic drinks sommelier in Toronto, is 100 per cent alcohol-free, but promotes what she calls “rethinking drinking” on somegoodcleanfun.com, a lifestyle platform she founded in 2021. Kate spent years waking up hungover and tired, ruminating on her relationship with alcohol and occasionally Googling “Am I an alcoholic?” Her ebbs and flows of concern eventually crystallized into resolve once she’d read This Naked Mind, by U.S. sobriety advocate-turned-entrepreneur Annie Grace, and The Power of Habit by Pulitzer Prize-winning reporter Charles Duhigg. Learning about the brain’s neuroplasticity, how habits form and the patterns that govern our subconscious was foundational, but what she learned from This Naked Mind about alcohol’s negative effects on women’s health really hit home.

In the 2013 book Drink: The Intimate Relationship Between Women and Alcohol, award-winning Canadian journalist turned psychotherapist Ann Dowsett Johnston, 68, examined the precipitous rise in dangerous drinking among women, set against the backdrop of her own struggle with risky drinking. She says COVID only worsened the drinking crisis for women, calling it “an epidemic within a pandemic.” That said, Johnston sees promise in society’s growing awareness of the issue and endorses initiatives such as Hola Sober, a digital magazine and online platform that supports and celebrates sober women. She remains circumspect, however. “For women with serious alcohol issues who are struggling for their lives, the landscape is still grim.” Adds Johnston: “Shame is huge.”

It’s also an issue for older Canadian men and women, according to Christopher Steffler, the executive director and sobriety navigator at LIFERA Sober Living, an addiction treatment centre in Vancouver. Steffler, a former addict who started out as a front-line worker, has spent years working with vulnerable communities, including seniors, and has seen how the historic stigmas around problem drinking are diminishing. His fear, however, is that seniors are being left behind. “Hope is essential to getting sober,” he says, “and seniors have a shorter runway.” Increasingly, Steffler sees adult children initiating conversations about alcohol dependency with parents, but “their level of denial is higher, there’s more of a taboo mindset and the older you are, the stronger it is.”

In contrast, millennials gleefully proclaim their sobriety-day counts on TikTok – in keeping with their share-everything ethos. We can credit them for driving the sober-curious movement into the mainstream, but the question is whether this wave of wokeness about the negative effects of alcohol is hitting boomer shores.

Walsh thinks so, if only incrementally. He points to a February 2022  episode of that boomer cultural touchstone, Saturday Night Live, when comedian John Mulaney, 39, used his monologue to speak openly – and hilariously – about his new sobriety. It made Walsh laugh at first, then sigh in relief. “Yes, people are talking about it.”

A version this article appeared in the August/September 2022 issue with the headline ‘Sick of the Drink’, p. 68.

Trying to Cut Back on Alcohol? Here’s What Works

The ‘Happy Pill’ Diaries, Part Five: Finding That Happiness “Sweet Spot” Is All About Perspective