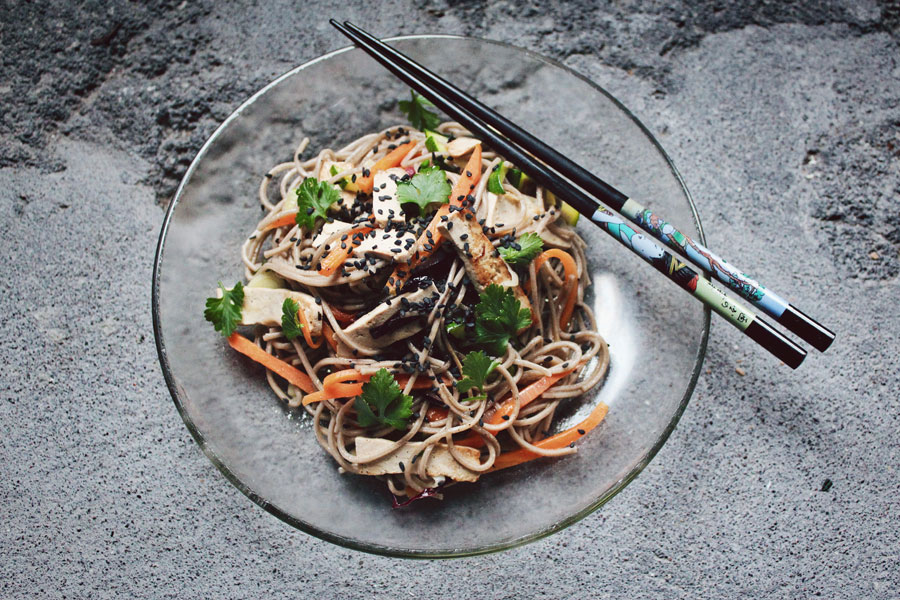 Buckwheat, which is gluten-free, and high in magnesium and vitamin B, is largely overshadowed by other food superstars. Find out what else you should be eating this year. Photo: Vita Marija Murenaite/Unsplash

Here, try these superfoods for a healthy, healing start to the New Year. Plus, a tasty recipe to get you started!

After all the revelry’s over it’s time to pay the piper, as they say. For most of us, the holidays are synonymous with indulgence. Lots of eating. Too much drinking. (And lots of fun, hopefully.)

But after they’re over how do we begin to get back on track?

“I think in the New Year we need to focus on cleaning up after all that fun,” says Julie Daniluk, a registered nutritionist, health educator and best-selling author.

“That’s why I’ve picked these foods in particular. They’re cleansing, easy to digest and they really will help you get back in shape. And that weight you put on over Christmas and New Years may never come off again if you’re not careful, so we also want to balance weight issues with the need to detoxify.”

Here are five of Julie’s top superfoods for a healthy, healing start to the new year.

“This has really fallen behind in its superstar status, which it shouldn’t,” says Julie.

Buckwheat is not classified as a grain, even though people tend to think of it as one. It’s actually the seed of a broadleaf plant and a relative of rhubarb. It’s gluten-free, and high in magnesium, B vitamin and folates, says Julie.

When it’s toasted it’s called kasha and takes on a nutty flavor. It makes a wonderfully nutritious breakfast porridge and fresh, green buckwheat can be used in salads, like this buckwheat blueberry salad Julie says is delicious.

“Buckwheat is also what’s called a high-resistance fibre which means it’s slow to break down so it helps to lower blood sugar.”

Buckwheat has also been shown to lower cholesterol.

“Beets are amazing because they increase nitric oxide which increases oxygen in our blood,” says Julie.

That translates into measurably improved performance for swimmers, cyclists and anything else requiring energy. Beets can also be a staple root vegetable this time of year since they store so well. Julie says beets are rich in betalains, found in their dark red pigment, which can help ward off cancer and digestive diseases.

They’re also great liver detoxifiers so they’re especially good after the holidays and all the festive tippling that tends to go on.

“I want people to stop throwing away the green part of leeks because that’s the healthiest part of the veggie,” says Julie.

She recommends using the green part by slicing it across the grain into very thin slivers, then julienning those pieces and adding them to stir fries or even leek soup, which is always a favourite this time of year.

Leeks, she says, help reduce allergic reactions and in addition to other nutrients contain sulphur which also helps detoxify the liver.

“Pumpkin is one of the strongest sources of beta-carotene, which is considered a pro-vitamin because it can be converted into vitamin A,” says Julie.

And vitamin A, she adds, is great for healing dry, scaly skin and combatting skin disorders. It can help prevent sinus infections and it’s very beneficial for eye health, including protecting people from macular degeneration, she says. (See her no-bake pumpkin pie recipe at the end of this story.)

“Everyone over 50 should be increasing their blueberry intake,” says Julie, who recommends consuming two cups a day of the fruit or half a cup of pure, unsweetened blueberry juice (which, she acknowledges, is just as expensive as wine, but worth it because it’s incredibly good for you).

Blueberries are also great for your eyes and even helps reduce night blindness. There’s research, Julie says, that dates back to the Second World War indicating that fighter pilots who got extra blueberries in their diets could see better at night.

She recommends the tiny, wild blueberries over larger cultivated blueberries since they have twice the antioxidants. And frozen berries these days, she adds, are every bit as nutritious as fresh – and sometimes even better – since they’re flash frozen right after they’re picked. Julie says they’ll help to protect you from ulcers, heal urinary tract infections and there’s data to show they can improve memory, help with ADD in kids and reduce brain inflammation.

“Out of all these superfoods, blueberries have the most scientific data to back up their health benefits.”

And thankfully, these five superfoods are all readily available this time of year. “There’s no barrier to having a super healthy start to the New Year,” says Julie.

Pumpkin pie is a favorite in our house at Thanksgiving so my sister Lynn Daniluk come up with a version that tasted as good as the original but without all that sugar and fat. This no-bake pie will be a hit at your dinner table and it won’t take up any prime real estate in the oven of a busy kitchen!

1) Put pecans in a food processor and process until it becomes a meal. Add honey, salt and cinnamon and process again until well mixed. Press mixture into a 10-inch pie plate.

3) If the mixture is too chunky, let cool slightly and transfer it to a food processor and mix until smooth.

4) Pour pumpkin mixture into the crust. Chill for 1 hour to let the pie set.

Reprinted with permission by Julie Daniluk RHN and Random House Canada /©Slimming Meals That Heal 2014. Visit juliedaniluk.com for more information. Connect with Julie on Facebook at Julie Daniluk and on Twitter @juliedaniluk