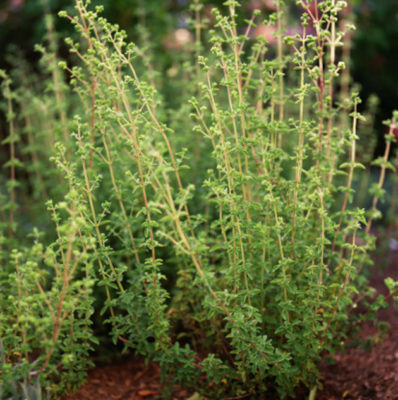 Simon and Garfunkel got it partly right with their 1966 album title: Parsley, Sage, Rosemary and Thyme.

The herb they missed was oregano.

Research shows that rosemary and oregano could lower blood sugar levels in much the same way as prescription anti-diabetic medication.

Scientists tested four different herbs, either greenhouse-grown or dried commercial versions, for their ability to interfere with a diabetes-related enzyme, which is also a target of a prescription drug for the disease.

They found that greenhouse herbs contained more polyphenols and flavonoids compared to the equivalent commercial herbs. But this didn’t affect the concentration required to inhibit the enzyme.

Commercial extracts of Greek oregano, Mexican oregano and rosemary were better inhibitors of the enzyme, required to reduce risk of type-2 diabetes, than greenhouse-grown herbs.

The researchers say more studies are needed to understand the role of these compounds in reducing the risk of type-2 diabetes in humans.

The study was published in the Journal of Agricultural and Food Chemistry.