As the Beijing Winter Olympic Games Get Underway, the Spotlight Shines on China’s Human Rights Record 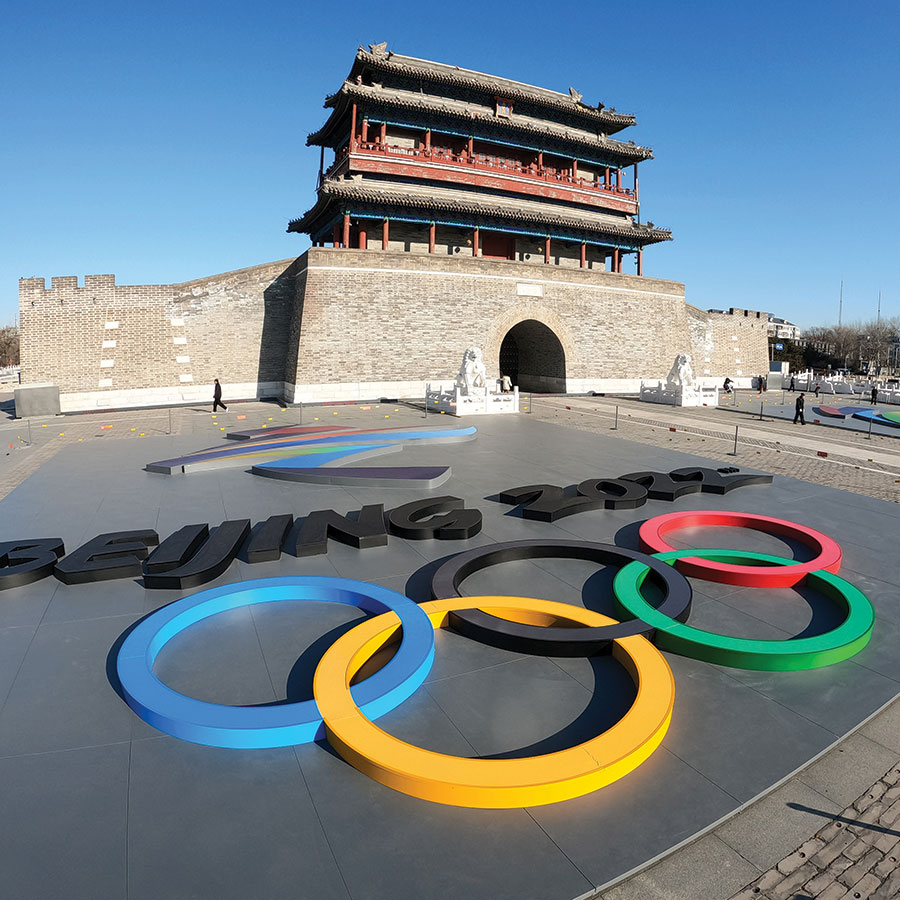 The Beijing Winter Olympics are upon us, with competition already underway while opening ceremonies are set to kick off on Friday.

Normally, I look forward to consuming hours of coverage of the Winter Games, taking full advantage of the opportunity to reacquaint myself with sports that are normally not on the daily menu — like, bobsleigh, biathlon or luge.

And I’m equally enthralled with the bigger events like downhill skiing, speed skating and hockey, which I’ll watch closely despite the fact that the NHL pros aren’t going. And if I needed any boost, I just have to watch this Chinese government-approved promotional video to get me going.

However, this year’s games look and feel differently than those previous. With the pandemic restricting fans from attending events and the dark political clouds that are hanging over the host country, It will be difficult  to enjoy any event without these in mind.

Ever since Beijing was awarded the games by the International Olympic Committee in 2015 — beating out Almaty, Kazakhstan in a close vote — human rights groups have expressed their dismay. They argue that the host country China is using these games — like Hitler did in 1936 Berlin Olympics — to create positive propaganda for the government and deflect attention away from the crimes that are going on within China.

It’s why the L.A. Times are referring to the event as the “Feel Guilty Games” and others are calling it the “Genocide Games.” International organizations like Human Rights Watch are accusing China of using the games to “sportswash” its “abysmal rights record,” which the group lists as: silencing opposition voices, arbitrarily detaining critics, tightening control over media and internet, creating a network of mass surveillance and leading the cultural persecution of ethnic minority groups within the country.

Canadians of course, have their own reason for feeling uncomfortable about the games in China. We haven’t forgotten the unjust imprisonment of the “Two Michaels” — Michael Spavor and Michael Kovrig — who were detained by Chinese authorities on spurious charges in retaliation for Canada’s role in the extradition of Huawei executive Meng Wanzhou.

Released after three years in prison — in what Prime Minister Justin Trudeau referred to as “hostage diplomacy” — the Two Michaels saga led to Canada joining a largely symbolic diplomatic boycott of these games, along with the U.S., U.K. and Australia.

Trudeau described the diplomatic boycott as “a continuation of us expressing our deep concerns for human rights violations” in China. It’s why, in December, a Research Co. poll found that 56 per cent of Canadians thought that Canada should boycott the 2022 Winter Games because of China’s human rights record.

Many are obviously concerned that if they watch the games and consuming the advertisements are we implicitly supporting a corrupt regime? But the problem with not watching the games is that we’re actually punishing our athletes who trained so hard to represent Canada on the world stage.

“It would just hurt athletes and it would be very disappointing for many Canadians to not to be able to watch their country compete,” said Gina Kingsbury, Team Canada’s women’s hockey coach. She feels the “positivity” that the games bring to people around the world “outweighs the punishment that we would put on China by not going there.”

Brian McKeever, a paralympic cross-country skier, notes that past Olympic boycotts, like the U.S.-led boycott of the Moscow games in 1980 and the Soviet Union retaliatory boycott of the L.A. games in 1984, have had little or no success in solving political strife. “I don’t believe for a second that it will change a damn thing,” says McKeever. “Does that mean that we are supportive of what is going on? We are not.”

Speed skater Laurent Dubreuil agrees. “I don’t think China cares too much if we send people to the Olympics or not. I don’t think they’re going to cry about it if Canada doesn’t show up,” he said. “To me, it’s putting a lot of responsibility on athletes. If we want to boycott something, just don’t buy stuff from China.”

And cross-country skier Dahria Beatty echoed the sentiment of many athletes. “I definitely hope that most people can see that sport is not really a place to try to power play politics,” she said.

Hours before the games kicked off, a coalition of athletes from various countries announced that they will protest China’s human rights record and boycott the opening ceremonies, which are set for Friday. Other athletes say they will make their protest on social media during the games.

But with Chinese government officials suggesting that “any behaviour or speech that is against the Olympic spirit, especially against Chinese laws,” will be “subject to certain punishment” — any athlete who does protest is taking a huge risk.

Those who do speak out not only deserve our respect and attention but should also receive gold medals for their bravery.

Mary Hanna, 66 and the Oldest Athlete at the Tokyo Olympics, Explains Why Her Passion to Compete Never Wanes

“The Race of My Life” — As Andre De Grasse Wins Gold, He Draws Comparisons to Canadian Olympic Legend Donovan Bailey