Lighthouses and Landscapes: Exploring the Beauty of Southwestern Nova Scotia 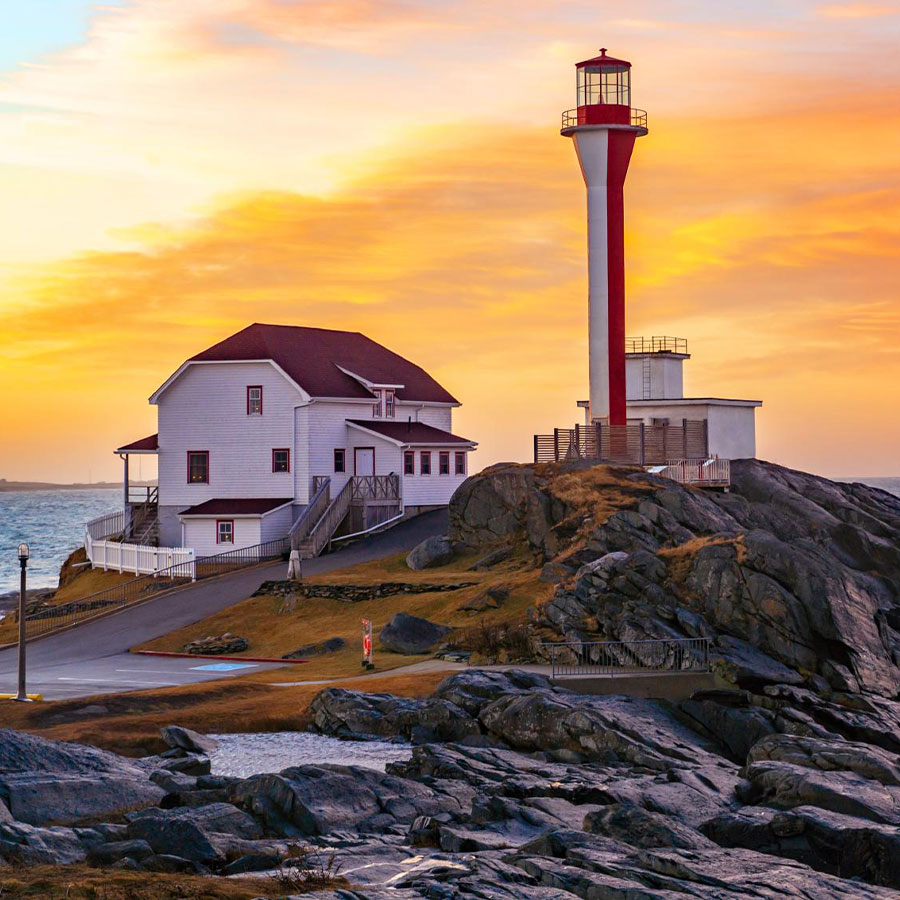 Long after I leave Seal Island Lighthouse Museum in Barrington in southwestern Nova Scotia, I think of Mary Crowell, the 17-year-old preacher’s daughter so haunted by shipwreck stories from Seal Island, a critical Bay of Fundy sailing point, she later led a charge to establish its first lighthouse — a beacon of hope and haven synonymous with this Maritime coastline.

I learn her story inside the five-storey, 35-foot-tall replica lighthouse where employees tell how Mary met and married Captain Richard Hichens (who survived sinking off Cape Sable) and moved to this dangerous spit of land to light nightly candles to show shipwreck survivors there was land. Eventually candles weren’t enough, and they petitioned for a lighthouse — its lens first lit in 1831.

It’s fascinating stories like this I savour on a three-day lighthouse and landscape scoot around the pink and purple lupin-lined, wild-rose scented highways of Nova Scotia’s southwestern tip, where fog rolls in like a living thing; pearly grey and thick one moment, gone the next. Where gentle breezes and wild wind whip a coastline studded with fishing villages and big wharves.

It’s a lesser-known region, to be sure, where I’ve come to photograph these storied, steadfast sentinels, yet discovery is everywhere.

I’ve tromped rugged paths to weathered beacons, climbed jagged rocks to gaze at endless sea, photographed a drowned forest and feasted on seafood stew stuffed with massive quahogs plucked from these shores, washed down with a glass of Tidal Bay, Nova Scotia’s own wine appellation.

“Every day, I look out the window and I’m still in awe,” says David Chute on the area’s appeal when we meet at the Cooper’s Inn in Shelburne, a Loyalist-founded town turned movie set for A Scarlet Letter and The Book of Negroes.

He and wife Pat recently sold the 1785 inn to Amanda Sutherland, 32, an Ontario transplant. Says Sutherland, “This province just felt like me, the natural geography.”

I understand as we stroll from the inn’s social hour in historic gardens through narrow lanes redolent in wildflowers to an excellent dinner (chaat and vindaloo!) at Charlotte Lane Café in one of dozens of wooden houses stretching up from the harbour.

We’re in Shelburne to photograph Sandy Point Lighthouse at sunset. Upon approach, the tapered tower appears to float in Shelburne’s harbour, rising from a sandbar, submerged at high tide. At low tide, visitors can walk to the beacon.

From their edge-of-the-world vantage, each lighthouse inspires.

Nearby, in Clark’s Harbour, a must-try is The Salt Banker, opened in August by two lobster processors, the island’s first eat-in restaurant in almost 20 years.

Next morning, mist encircles Shelburne as we depart 45 minutes toward Baccaro Lighthouse, an important seabird site, to find the wooden 1934 lighthouse shrouded in fog, huge swells pounding shore. An hour later, we reach Cape Forchu Lighthouse at Yarmouth Harbour, one of Nova Scotia’s most iconic towers.

The approach to the rocky headland is dreamy — all boats and buoys, cliffside houses, and wild roses with rosehips so enormous people collect them in fall for rosehip jelly.

The photogenic “apple core” Yarmouth light is tall and slender, built to be wind-resistant. The community wasn’t thrilled at first when it replaced a more traditional structure, but accepted it after decades, jokes our guide, who leads 77 spiral steps up the Climb the Light experience for 360-degree views. Plan too to wander the Leif Erikson Trail and order a lobster roll from the Keeper’s Kitchen.

Digby Pines Golf Resort and Spa commands its own entrance as we arrive at the 1929 Norman-style château, our overnight stop, where chef Dale Nichols helms the Churchill Dining Room. The menu changes frequently but be assured their famous Digby Scallops are always available.

Our final stop next day is Point Prim Lighthouse, atop rocky cliffs overlooking Digby Gut, where a light has guided mariners for two centuries. The first beacon was a simple bonfire. A musket shot sounded a warning. The current 1964 reinforced-concrete tower may look plain Jane, but its value — along with topography highlighting the world-renowned Bay of Fundy — is immeasurable, says Robert Hersey, Friends of Point Prim chair. “It’s a true sense of place,” he says, as a scalloper plies the bay below.

Recipe courtesy of Digby Pines Golf Resort and Spa, Digby, Nova Scotia. “Chowders are unique to every household and community in Atlantic Canada.  No two are the same, nor should they be. Our smoked haddock is prepared by Fundy Fisheries about 10 km from the Pines as the crow flies, but about 45 minutes to drive.”

Finish the chowder with:

35% cream
Salt and pepper to taste

1. Melt butter in pan. Sauté onions, celery, bacon and thyme in butter until all is translucent, about 5 minutes. Add the smoke haddock. Dust with rice flour.*

2. Add the fish stock a little at a time, stirring to incorporate and avoid lumping.

3. In a separate pot or steamer, cook potatoes until tender and add to finished chowder base.

1. Steam lobster for approx. 15 minutes — they are done when the back separates from the tail.  Cool, then split the lobster in half, cutting down the back and through the tail and shell.

2. Chop lobster meat into bite-size pieces and sauté with butter, onion, celery and pepper. Sauté over medium to high heat until the lobster starts popping.

3. Remove from heat and add the lobster to a bowl with cracker crumb; reserving the liquid in the pan.

5. Place on parchment lined pan and bake at 375 F for 15 minutes. Remove and drizzle with melted butter and liquid from pan, sprinkle with chives and enjoy.

1. In a large fry pan, add the canola oil, season the scallops, and sear to a golden brown, about 1 minute on each side. Set aside to keep warm but don’t overcook them.

2. For the hash browns, heat some canola oil in a large non-stick fry pan. On a medium-high heat, fry the onion along with the potatoes to put some good colour on the potatoes. Turn the heat down and continue to fry until the potatoes and onions are cooked and nicely browned.

3. Warm the carrot tarragon mash and heat the green beans in a bit of butter. Season with salt and pepper.

Cut pork fatback into small cubes. Add to skillet, fry at low to medium heat until fat is rendered out and fatback is crispy and golden brown. You can drain the initial liquid periodically given off by the pork fat. (Don’t overheat or the fat will burn..) Remove pork scrunchions; set aside.

1. Boil the carrots until soft. Drain the water and mash the carrots with fresh tarragon, honey and butter. Season with salt and pepper.

2. On each plate, spoon a nice amount of potato hash browns. Place a few green beans criss-cross over the potatoes.  Scoop two little piles of the carrot tarragon mash on each plate. Arrange the scallops randomly around the plate and sprinkle with some of the pork scrunchions. Drizzle with a little butter sauce and enjoy!

1. Boil the carrots until soft. Drain the water and mash the carrots with fresh tarragon, honey and butter. Season with salt and pepper.

1. Boil potato and chickpeas until soft. Add garam masala and salt as per taste.

2. For green chutneys add the ingredients in a blender. Blend it until smooth consistency.

3. For tamarind chutney, cook it all in a pot and bring it to boil. Put the mixture in a blender and blend it.

4. To prepare the chaat, put all the ingredients except sev in a bowl. Mix it well. Garnish with sev, cilantro and pomegranate seeds.

Naramata Magic: A Guide to This Okanagan Valley Town and Wine Region, Plus Recipes

A Taste of Western Australia: A Driving Tour, Plus Recipes

A Taste of Thailand: A Recipe for Grilled Turkey Satay Skewers From Celebrated Chef Nuit Regular