Recipes: Iconic Cocktails From Around the World 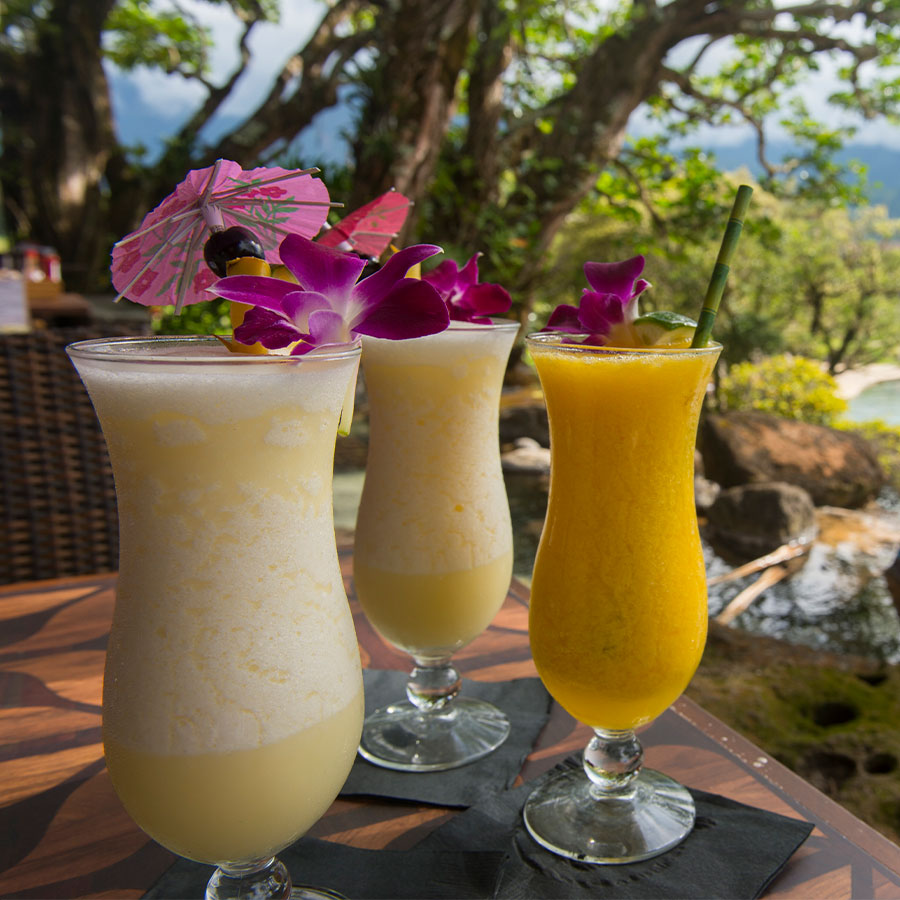 We’ve gathered some of the world’s most classic cocktails, ready to be sipped and savoured. Photo: Wolfgang Kaehler/LightRocket/Getty Images

We’ve all heard of them, yet some of the most famous of all cocktails are also the simplest: Harry’s Bar in Venice is legendary for its Bellini, a three to one blend of white peach purée with the Italian sparkling wine Prosecco.

Puerto Rico’s Piña Colada is a tropical punch of cream of coconut, pineapple and rum.

And, what would a Kentucky Derby be without sipping on a Mint Julep? About 80,000 of these bourbon and crushed mint drinks are served at the racetrack during the derby. Off to the races, we say.

In some hot spots, specific recipes have been declared official national drinks defended and promoted by their nations. If they are not the national drink as in the case of the Pimms Cup they are at least the declared beverage for an event the whole country watches or a cocktail so world renowned that where it originated becomes a tourist mecca (the Singapore Sling).

Origin story: Invented by Raffles Hotel bar captain Ngiam Tong Boon in 1915 while working at the hotel’s Long Bar. Basically gin, cherry brandy and fruit juice, the drink went on to gain worldwide fame. In 2015, Singapore marked the 50th anniversary of its founding and the Raffles Singapore celebrated the 100th anniversary of the Singapore Sling.

The original recipe was lost decades ago thus the drink that they currently serve at the hotel’s Long Bar is based on memories of former bartenders, and some written notes that were discovered. Here’s one version believed to be close to the original.

Pour all ingredients into a shaker. Shake with ice. Strain into an ice filled Collins glass.

Garnish with cherry and slice of pineapple.

Origin story: A word of Taino origin, Daiquirí is also the name of a beach near Santiago, Cuba, and an iron mine in that area. Originally based on lime juice, sugar and Bacardi rum, it was poured into a tall glass with cracked ice. When in Havana be sure to order a Daiquiri at the El Floridita Bar. When Ernest Hemingway moved to Cuba in 1940, he adopted El Floridita as his bar and was a big fan of the cocktail. Being a diabetic, he preferred his unsweetened. In 1921, Constantino Ribalaigua Vert, of El Floridita in Havana, created a version in honour of his Daiquiri-loving customer by adding grapefruit juice and maraschino liqueur but no sugar.

Constantine Ribalaigua Vert better known by his customers as “Constante,” who started behind the bar of El Floridita in 1914, is said to have invented over 200 drinks. His variations on the Daiquiri were his masterpieces. One version used an electric blender, at the time the latest in cocktail technology.

Juice of half of a lime (hand squeezed)

Origin story: Pisco is basically an unaged white brandy made from certain varieties of distilled grapes. In Peru, they add egg white to the basic mix of Pisco, lime juice and sugar syrup and top that with a dash of angostura bitters; in Chile no egg white, and lemon instead of lime). What is consistent is the battle over who owns the rights to Pisco. Peru has a town of Pisco that overlooks the Pisco River at the foot of the Pisco Valley. Chile, however, produces much more of the grape liquor and also has a town named Pisco. The Peruvians say it was conceived in the 1920s at the Morris Bar near Lima’s main plaza. The Chileans say it was invented at a bar in the town of Iquique. Recently drink experts turned up a Pisco Sour type recipe in a 1903 cooking manual published in Lima so the debate continues.

There are several ways to make a Peruvian Pisco Sour and some recipes call for more simple syrup or use white sugar instead. You can blend it in a blender or shake it vigorously in the shaker to foam the egg white – but don’t leave that ingredient out.

Add all the ingredients to a shaker and fill with ice. Shake vigorously and strain into a Champagne flute. Garnish with a lime wheel and 3 drops of Angostura Bitters.

Origin story: The origins of Brazil’s national drink – a mix of the country’s most famous spirit, cachaça, a distillate made from sugar cane, with limes and sugar – traces back to the 1800s. It was boiled sugar cane juice called garapa and was mixed with cachaça. For flavour, spice and fruit juice was added. The word Caipirinha is the diminutive version of the word caipira, which refers to a hick from the countryside – the drink thus likely got its name from the fact that it originated among the slaves or from the poor interior towns. Muddle limes and white sugar in a shaker, add ice and cachaça, shake and pour into a rocks glass without straining. Origin story: OK, we admit that England’s not exactly tropical, but if you’re going to Wimbledon, that means you’re there in the heat of July. The tennis tournament won’t be the same without a Pimm’s Cup in hand. Visitors to the matches consume some 40,000 pints of the summery drink in just two weeks. The cocktail is made with Pimm’s No. 1 (a gin-based liqueur made in England from gin, liqueur, fruit juices, and spices) with the addition of sparkling lemonade, sliced fruit, cucumbers and mint. Pimm’s was first introduced to London England’s dandiest gents in 1823 by James Pimm at his famous Oyster Bar restaurant. Oysters and gin were a favourite pairing of the day and Pimm’s flavoured gin served in a small tankard known as a “No. 1 Cup” quickly became all the rage.

Sliced fruit such as strawberries and apples.
Mint sprig & cucumber slice for garnish

Add ice to a chilled tall glass. Add the Pimm’s, sliced fruit and lemonade soda. Stir gently and garnish with a mint sprig and cucumber slice.

Secret Gin Cocktail Recipes From Around the Globe