Drink & Dine: For Many, Autumn Means a Return to Reds 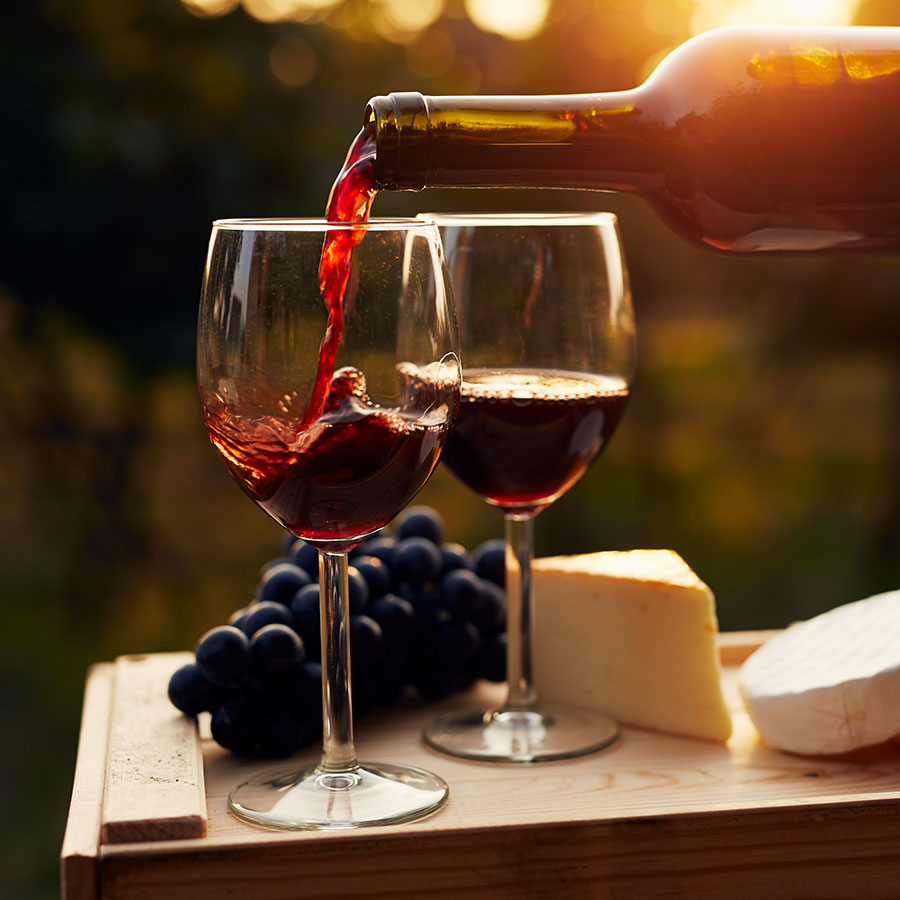 For wine enthusiasts, the season marks the time when rosés and whites seem less appealing and reds start returning to the repertoire alongside richer, heartier dishes such as stews, casseroles and roasts. Photo: Rostislav_Sedlacek/Getty Images

For many, autumn — which officially launched in Canada on Sept. 22 — is the best season. It’s a time of updated wardrobes, gentler temperatures, vivid colours in nature and the nascent onslaught of excellent movies screening in the lead-up to awards time.

For wine enthusiasts, the season also marks the time when rosés and whites seem less appealing and reds start returning to the repertoire alongside richer, heartier dishes such as stews, casseroles and roasts.

This is good news, of course. While whites can be every bit as complex as their darker brethren, something about red wine feels more intense and robust, as if it’s beating back the cold with rich fruit, deep colour and punchy tannins.

Fearless exploration is always a good policy when it comes to discovering new wines, but a little guidance can’t hurt. Herewith, we offer three terrific reds to consider based on five-fold criteria: all have enough heft to hold their own against heavier or umami-flavoured foods; all are widely available across Canada and at a variety of price points; all should be generously decanted before serving; but all can also be cellared if you plan to wait until next fall (or the autumn after that) before drinking.

Pop the Cork on … Grenache

One of Spain’s most cherished exports — though it’s also grown in France, the U.S. and Italy — Grenache is highly versatile and checks all the boxes people often seek with reds: bold, kaleidoscopic flavours, high alcohol content and long finish.

In addition to fruit, Grenache also draws flavour comparisons to leather and tobacco, which is more appealing in the glass than it may sound. Cinnamon and orange are also common descriptors. Food-wise, anything roasted or spicy pairs well with Grenache, which, like Pinot Noir and Gamay Noir, serves well slightly chilled. It’s also one of those reds everyone kind of knows but frequently forgets in a lazy or hurried reach for old standbys like Cabernet Sauvignon or Merlot.

Pop the Cork on … Petite Sirah

As you might expect from its name, Petite Sirah is a hybrid of the well-known Syrah grape (also known as Shiraz in New World areas) and an arcane grape called Peloursin, found sparsely tucked in the French-Alps. Though French in provenance, California or Australia are typically your go-tos for the wine today, which is most notable for its dark colour juxtaposed against delicate floral, plum and chocolate tasting notes.

Petite Sirah’s high tannins can withstand very rich foods. Think mole sauce, umami-style cheeses like smoked Gouda or anything peppery, spicy or roasted. Keen palates might also pick up on notes of vanilla in the wine imbued by oak aging, making Petite Sirah complementary to dishes featuring savoury currants or figs. And really, in a just world, people would be eating more figs, which are dazzling sliced in half and served smeared with blue cheese or goat cheese.

Pop the Cork on … Meritage

Much as only wines from the Champagne region in France can rightly be called champagne, so too can red blends from the Bordeaux region be called Bordeaux-style blends. However, the practice of blending Cabernet Sauvignon and Merlot with a third grape — Cabernet France, Malbec or Petit Verdot — and dubbing it Meritage was launched in California as a semantic workaround and is widely in use across North America today.

Blending the varietals gives winemakers control over things like tannic content by dialling up or down the Cabernet Sauvignon and Merlot depending on a season’s weather conditions, which naturally affects the ripening of the grapes. Indeed, the percentages of each varietal can vary greatly year over year, but with the idea of keeping a specific Meritage blend consistent from one vintage to the next. Unless otherwise desired, of course.

In Canada, where summers are short and temperatures can be iffy, Meritage blends are almost always safe bets for consumers seeking medium- to full-bodied reds with lots of fruit-forward oomph yet low sugar content. Meritage is a classic big red one thinks of with steaks, chilis, stews, portobellos mushrooms and the like. Pro tip: though people reflexively pronounce “Meritage” as “Meritaaage” with an elongated “a,” in fact the correct pronunciation rhymes with “heritage.”