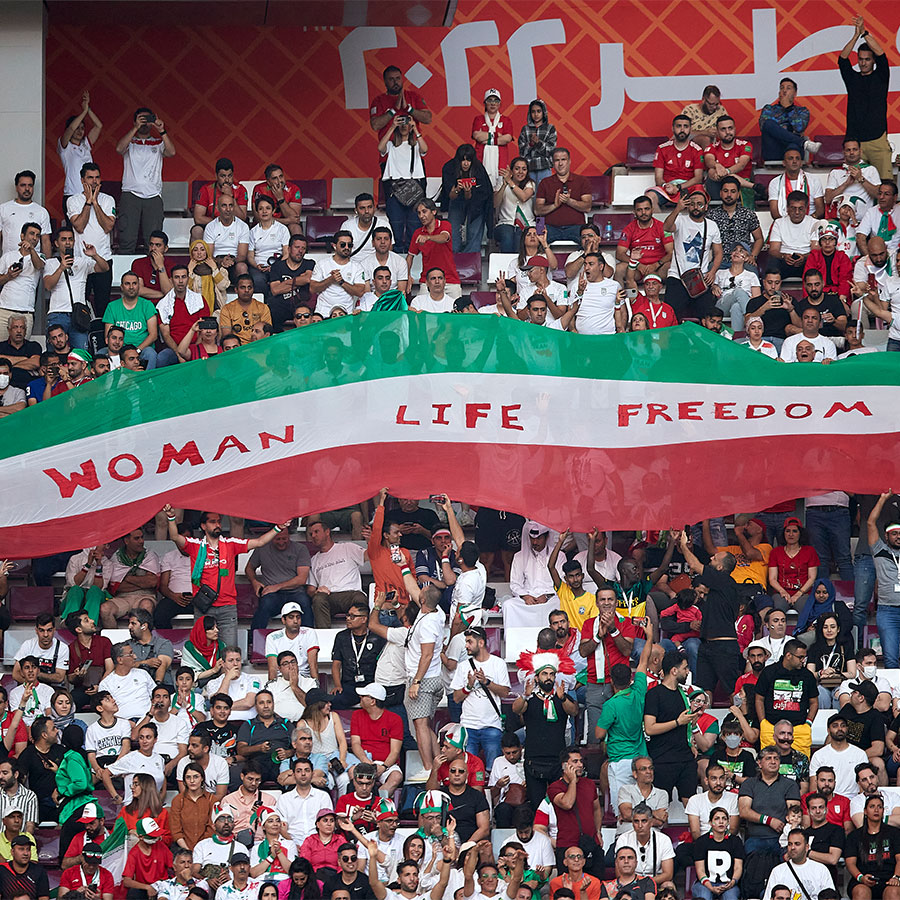 Canadian soccer fans have been waiting more than three decades to cheer on their boys at the FIFA World Cup, held this year in Qatar. Yet, even as this once-in-a-generation moment draws near, the excitement is tempered by the increasingly loud protests from human rights groups about the injustice of holding a tournament in this tiny Arab state ruled by Emir Tamim bin Hamad.

“The World Cup draws immense international media and fan attention,” said Minky Worden, director of global initiatives at Human Rights Watch, in a release explaining why Qatar was not the ideal choice to play. “But the tournament’s dark side is overshadowing football.”

Qatar is being criticized for using the good feelings generated by the World Cup to hide – or “sportswash” – the country’s poor human rights record. A similar global movement said that China was trying obfuscate its own rights problems with its 2022 Olympic Games in Beijing.

According to one of largest fan-based movements, #BoycottQatar, the country is guilty of violating political, human and workers rights, especially the brutal conditions that migrant workers experienced while building the soccer stadia. Human Rights Watch issued a 42-page report that details “the numerous human rights concerns surrounding Qatar’s preparations for the 2022 World Cup.”

On top of the questionable human rights controversy, Qatar’s World Cup committee has been repeatedly accused by many — including the U.S. Department of Justice — of bribing FIFA officials to secure their bid. Qatar has denied accusations of corruption and has downplayed its human rights record.

The government recently released a statement saying, “Everybody will be welcome in Qatar for the World Cup. We simply ask all visitors to appreciate and respect our culture, just as they would if they were traveling elsewhere in the region and in other parts of the world.”

As the tournament gets underway, FIFA officials want nothing more than for the bother to go away. Responding to the growing noise, FIFA president Gianni Infantino sent a letter to the 32 participating national soccer federations encouraging athletes and officials to, “Please, let’s now focus on the football … and not allow football to be dragged into every ideological or political battle that exists.”

It’s Been a While

Canadian fans would like nothing better than to focus on the exploits of our boys, who are returning to the tournament for the first time since 1986. Although that ’86 team had a plucky underdog feel to it, they were no match for the stronger European teams and were despatched without even scoring a goal.

The 2022 team is much stronger, led by Alphonso Davies, the ultra-speedy forward who plays for top-ranked Bayern Munich in the German Bundesliga, along with Jonathan David, Cyle Laurin and midfielder Jonathan Osorio, among others.

Davies is the brightest of this new era of Canadian footballers, who completed a mesmerizing run through the qualifying round. This likeable group, drawn mostly from soccer leagues in North America and Europe, has managed to etch itself into our national sporting consciousness with an epic victory in November 2021 against Mexico, defeating the mighty opponent on the frozen field at Edmonton’s Commonwealth Stadium.

These memorable matches and likeable players have combined to help soccer, which had always struggled for attention behind hockey, football, baseball and basketball, become far more mainstream sport than it was back in the ’80s. This bodes well for the 2026 World Cup, which will be hosted by the U.S., Mexico and Canada.

Put the Red On

Despite the talent available on the this year’s team, coach John Herdman is well aware of the difficult task he has in front of him. The 47-year-old Herdman, from Consett, England, who guided the team on its spellbinding run during the qualifying round, knows that taking points off of any of their first-round opponents in Group F, which includes Belgium or Croatia, two of the world’s top ranked teams, and the 22nd-ranked Morocco, will be a remote dream.

But even if they fail to win or tie a game, Herdman would settle for his team scoring a goal — an accomplishment that eluded them in ’86. “The mission is to score that first goal,” Herdman said in a recent interview. “To have that celebration and know that 15 million people, however million, are watching that game from coast to coast, they’re jumping around their living rooms, the people in the stadium [are] celebrating. That’s not the only goal, but for us, that’s the starting point.”

Canada plays in Group F and faces Belgium on Nov. 23, Croatia on Nov. 27 and Morocco on Dec. 1. To qualify for the next round, Canada must finish in the top two in their group.

As the Beijing Winter Olympic Games Get Underway, the Spotlight Shines on China’s Human Rights Record