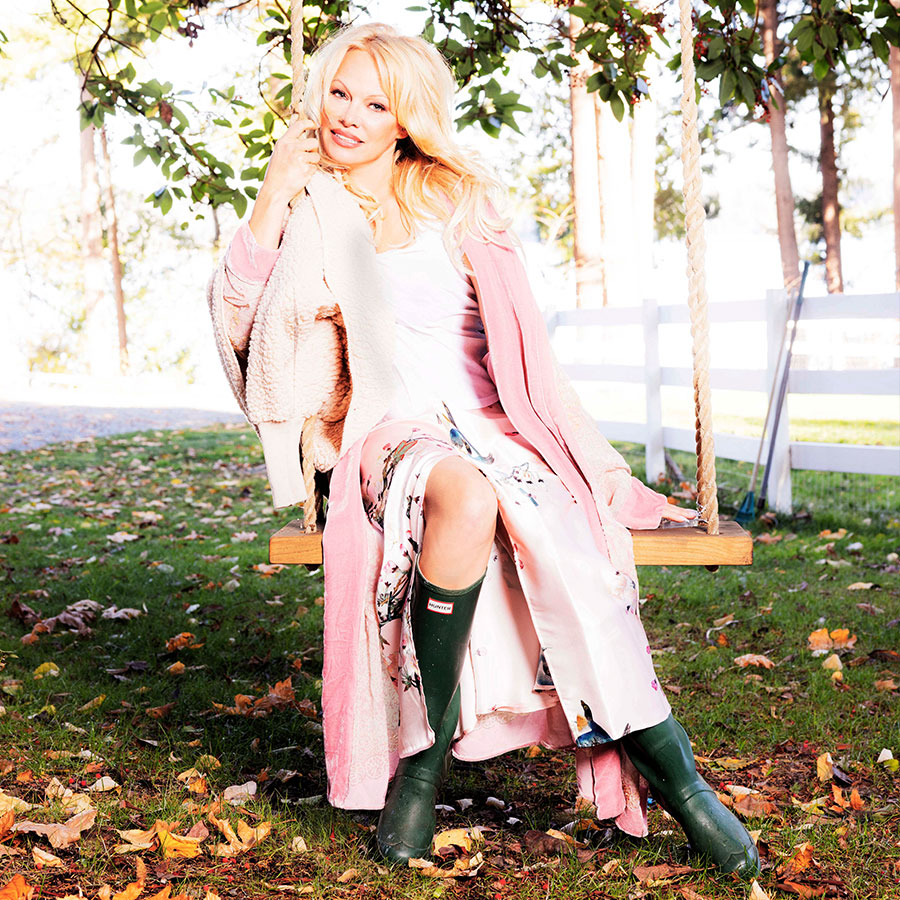 Pamela Anderson says renovating the Vancouver Island home she inherited from her grandmother in her new show, 'Pamela’s Garden of Eden,' has been "very therapeutic." Photo: Odette Sugerman Photography/Courtesy of HGTV Canada

Pamela Anderson renovates her grandmother’s Vancouver Island home in her new show, Pamela’s Garden of Eden (which premieres on HGTV on Nov. 3). After moving to Los Angeles in her early 20s, the Canadian-American actress, now 55, returned to British Columbia to restore the land her grandmother gifted her 25 years ago, going back and forth with designers, architects, contractors, her husband and her own patience to preserve the essence of the home while creating a new space for the future.

“It’s very therapeutic,” Anderson says during a recent phone interview. “It’s brought me right back to that time in my life where I just feel like a child, kind of unpolluted.”

The property covers six acres with three main buildings: the boathouse, the roadhouse, and the cabin. They will carve out more living spaces and add buildings, a barn and plenty of garden space.

“I’m so blessed that I got to actually come home to be able to experience this and have this be a part of my life now because not everybody gets to do that,” Anderson adds. “It’s something great to do. So, if you have a place that you’re trying to hold on to, I would.”

Anderson offers advice for nostalgic renovation projects like this: “Be the person that sets the trend, not the person following a trend.”

As such, she’s not too concerned about what is in style when tackling the house updates.

There is a fine line between updating the space and maintaining the character so it still feels like a family home, and Anderson learned how to do it by asking grounding questions.

“Who’s going to be there? What’s the use going to be for? And then just kind of go from there,” she says. “It has enough time and memory that it still feels like what it used to be, but it’s all clean and updated.”

Anderson says the development will take years to finish, but she doesn’t seem to be in a rush.

“There’s things that we’ve been able to keep. This is going to be a long process,” she notes, recalling how her father noticed that despite some early updates, the original wood floors in the roadhouse still squeaked in the same place.

“This place is so sentimental and it’s so emotionally charged,” she adds.

The actress is excited that Pamela’s Garden of Eden will share her philosophy about her lifestyle of collaborating with family to create new things.  Part of that includes her belief that people need to stay connected to each other and be intentional about creating more opportunities for family gatherings.

“It’s triggering. … But you need a lot of support when you do it, so just be gentle with yourself and feel your feelings,” says Anderson. “That’s probably why you came home in the first place — to reconcile those feelings and to be able to let go and move on. It’s just an amazing experience, but it’s not easy. You have to be brave, so go for it.”

Pamela’s Garden of Eden is premieres on HGTV on Nov. 3.