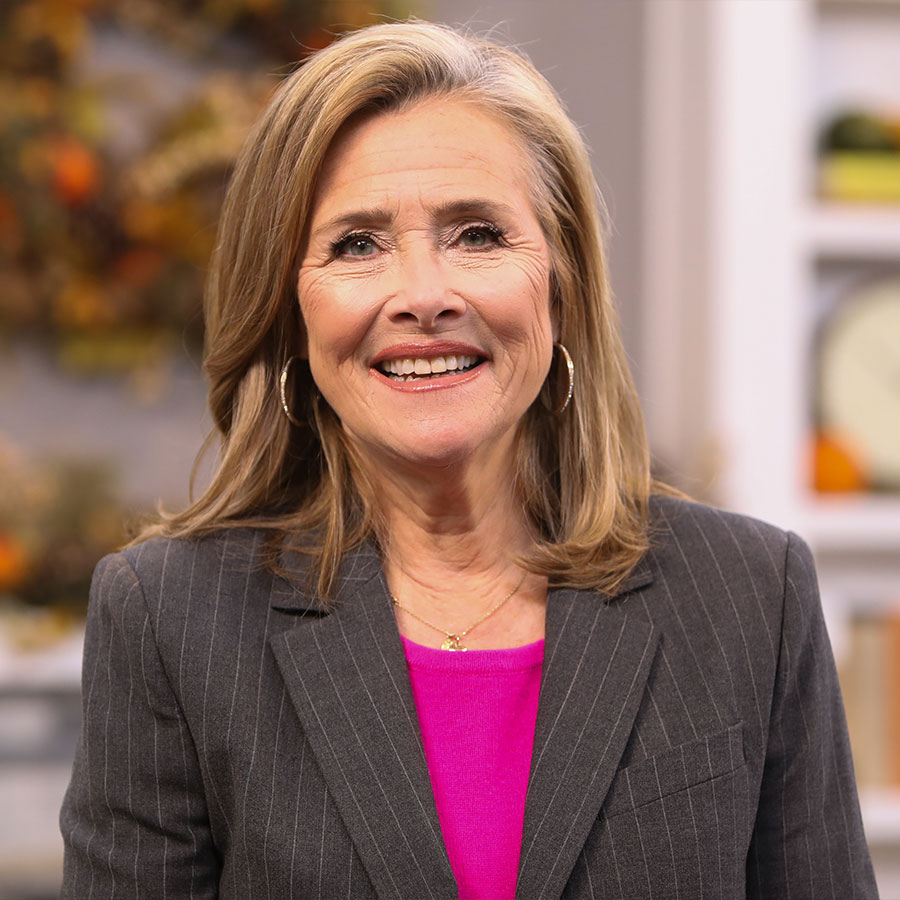 TV broadcaster Meredith Vieira has been all over the world in her role as a reporter, but her recent jaunt on the Danube, from Vienna to Budapest, was her first journey on a cruise ship. Photo: Paul Archuleta/Getty Images

Journalism is a cutthroat career for anyone. For a woman, it’s doubly tricky. But even for longtime TV journalist Meredith Vieira, 68, there’s a first time for everything. In the spring of 2022, Vieira took her first-ever trip on a cruise ship, a three-day jaunt on the Danube from Vienna to Budapest on Avalon Waterways’ View. Apropos, perhaps, as Vieira — who is currently the host of the popular game show 25 Words or Less — had a 10-plus year gig hosting the daytime talk show The View. Not only was it her first time on board a cruise ship (she says she’s a bit afraid of open water), but as the new ship’s godmother, Vieira also christened the Avalon Waterways’ View — with a bottle of sparkling wine.

The day after the christening, a gracious and chatty Vieira sat down in a small lounge on the View with a group of fellow journalists and spoke about the cruise and her lengthy career, which was littered with obstacles and unforeseen twists and turns. She may be a big star — with 15 Emmys under her belt — but she was dressed in simple black pants, a loose-fitting black sweater, and wasn’t wearing an ounce of makeup for a Q&A session with a half dozen media members.

It was “very humbling” to christen the ship, she started off by saying. “I didn’t realize how emotional I would get.” Humble, maybe, but how did a 14-time Emmy winner whose resumé includes anchoring such revered stalwarts as the Today show and 60 Minutes, as well as hosting duties for Who Wants to Be a Millionaire, decide to take the path from reporter to news anchor to talk show host to game show host in the first place? By accident, of course.

Vieira was trying to figure out what courses she needed to take to get her English degree at Tufts University, when someone suggested she try a radio course.

“To this day I don’t know why I signed up for it,” she said with a laugh, displaying that throaty voice for which she is known. After she did some voice-over work for a college documentary, the head of CBS news in Boston — who had volunteered to help critique the students’ work — called her over after he heard her performance.

He asked Vieira what she wanted to do after she graduated, and she said she didn’t know. “He said, ‘I know what you’re going to do’ … and he got me a job as an intern at CBS radio. He had a lot of faith in me.”

As a woman, Vieira said she had to work extra hard. “I knew there was no free ride at all. You had to work harder than anyone else. And then I was just lucky. I kept getting things.” But it wasn’t always easy. The native of Providence, R.I., said television is a tough, tough business.

“People aren’t always rooting for you,” she shared. “My attitude was ‘Do such a good job that you won’t get fired.’ But I was fired. My first television job was in Providence. I guess he (her boss) thought I was pretty slow. Which I wasn’t. I was always pulling paper out (of typewriters) … and putting a new piece in. We didn’t have computers, just typewriters. I was fired on a Friday. He said, ‘You don’t have what it takes.’”

At home afterward, Vieira’s father found her in tears. He told her she shouldn’t care what other people think and that she’d have to deal with negativity all her life.

When she went in to see the guy the Monday to clear out her desk, she admits that she may have cornered him. I don’t know if I was crazy, but I said, ‘You’re wrong. I am going to make it.’ And he gave me my job back.”

Vieira said she doesn’t know if the man suddenly had faith in her “or if I scared the sh— out of him.” They later became good friends. Not long afterward, a talent scout visited Providence and saw her work, which got her an offer with WCBS-TV in New York City.

Vieira said she permed her hair a couple times early in her career, but it began breaking off. “I went to work at CBS News … in the New York bureau, and I wouldn’t take my hat off.” One of the network executives suggested it would be polite to doff her chapeau in the office. “I did. And two days later I was shipped to Chicago,” Vieira said with a laugh.

The bad news was her hair was a mess. The good news is she was sent to cover farm stories in the Midwest and could wear a hat every day. She was on the air almost every day for several months because of the farm recession crisis in the ’80s, and her career took off from there.

The Rest Is Her-Story

When Vieira’s contract was up at The View, NBC came to her and revealed that Katie Couric was leaving Today, which was a secret. “I really wasn’t sure I wanted to do morning television, although it was the Today show. I’m not a morning person at all.”

She told her boss she might be leaving for another gig. He replied, “Well, I don’t know. At your age there aren’t a lot of jobs out there.” Vieira was in her 50s; not exactly the end of her career. She knew she had the Today offer in hand, but she played him a little. “I said to him, ‘Really? No one would hire me? Oh my God, I have to think about this.’”

The news broke a couple days later that Vieira was heading to Today. “I should hold a grudge about the fact that that’s such an ageist comment. I wonder if I should have said something. But in the moment, you’re so shocked.”

The man later apologized for his comments.

Take Her to the River

Vieira was clearly captivated by the Avalon Waterways cruise experience. On the ship’s final night on the Danube, she went around the dining room and thanked nearly everyone on board, including the wait staff and the media scribes.

She doesn’t care for the idea of being on a big cruise ship in the middle of the ocean, but loved being on a river — where she could clearly see land on both sides of the ship. Although well-travelled, the ports of call on the View cruise — Vienna, Bratislava and Budapest — were all new to Vieira. She had no idea how beautiful Bratislava would be, with its regal square, towering church spires and pastel-coloured buildings. “That was magical,” she said.

She was joined by some of her family on the cruise, including her daughter and her daughter’s fiancé, making it a multigen experience. While in Vienna, she took in the culture via a carriage ride, while the younger family members went on a bike ride in the city.

“I would definitely do this again,” she says, adding that she thinks a cruise would also be great for a single traveller. “I’m already looking at the brochures in my room to decide what cruise to take next.”

Living the Dream: Savouring Provençe on a River Cruise