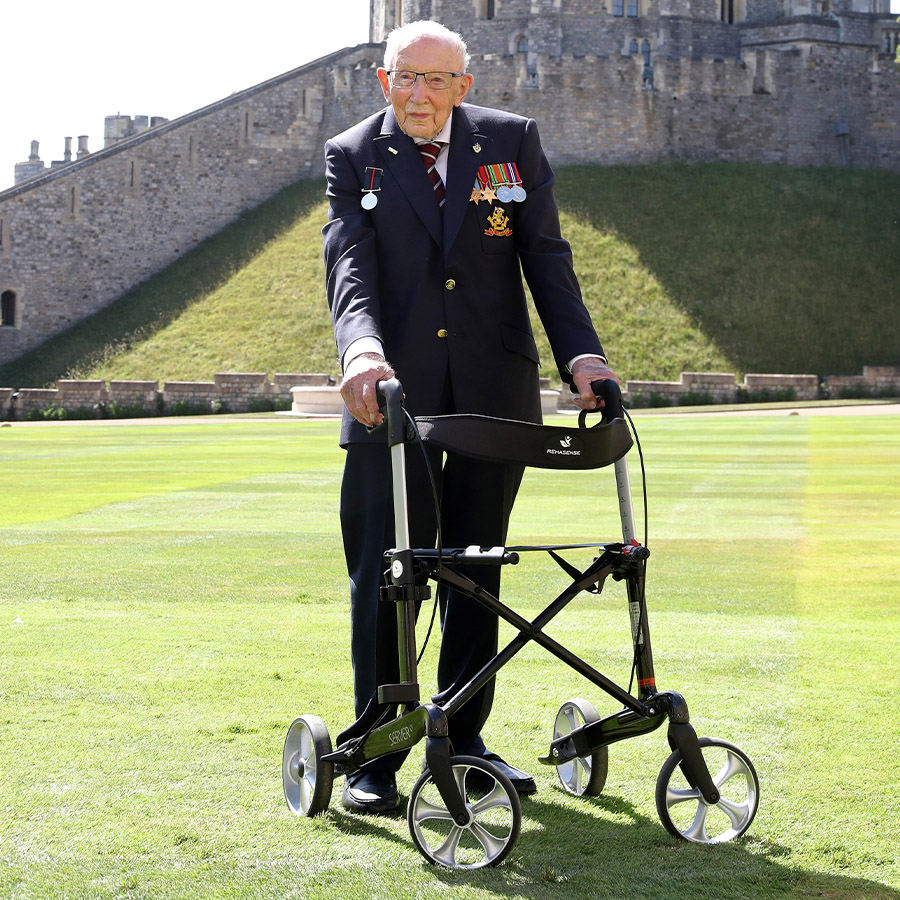 Captain Sir Thomas Moore poses after being awarded with the insignia of Knight Bachelor by Queen Elizabeth II at Windsor Castle on July 17, 2020 in Windsor, England. Photo: Chris Jackson/Getty Images

The family of Captain Tom Moore, the British Second World War veteran who lifted a nation’s spirits during the pandemic, joined forces with Judi Dench and David Beckham to kick off a long weekend of fundraising events on Friday.

Moore, who made headlines around the world by raising nearly 40 million pounds (CDN $68 million) for the National Health Service by walking around his garden with the help of a frame, died in February at 100.

To mark the impact he had on the country, his family have called on celebrities and volunteers to come up with a challenge around the number 100 and complete it over the April 30 to May 3 Bank Holiday long weekend.

Moore’s daughter Hannah Ingram-Moore joined others at the Lord’s cricket ground in London to launch the event.

“It is just a few months since he died, but this is so powerful because here we are in his legacy, the lasting legacy of hope he gave to us and to everybody,” she said. “He would have been one hundred and one today.

With his catchphrase “Tomorrow will be a good day”, Moore struck a chord with locked-down Britain and millions around the world. His death drew condolences from Queen Elizabeth, Prime Minister Boris Johnson and Joe Biden’s White House.

Johnson said on Friday it was brilliant to see the nation take part in the challenge, which will raise funds for the charity sector.

Captain Sir Tom Moore: Remembering the Centenarian Who Walked Around His Garden and Inspired the World