In the Aftermath of Harry’s ‘Spare’, What’s Next for the Monarchy? 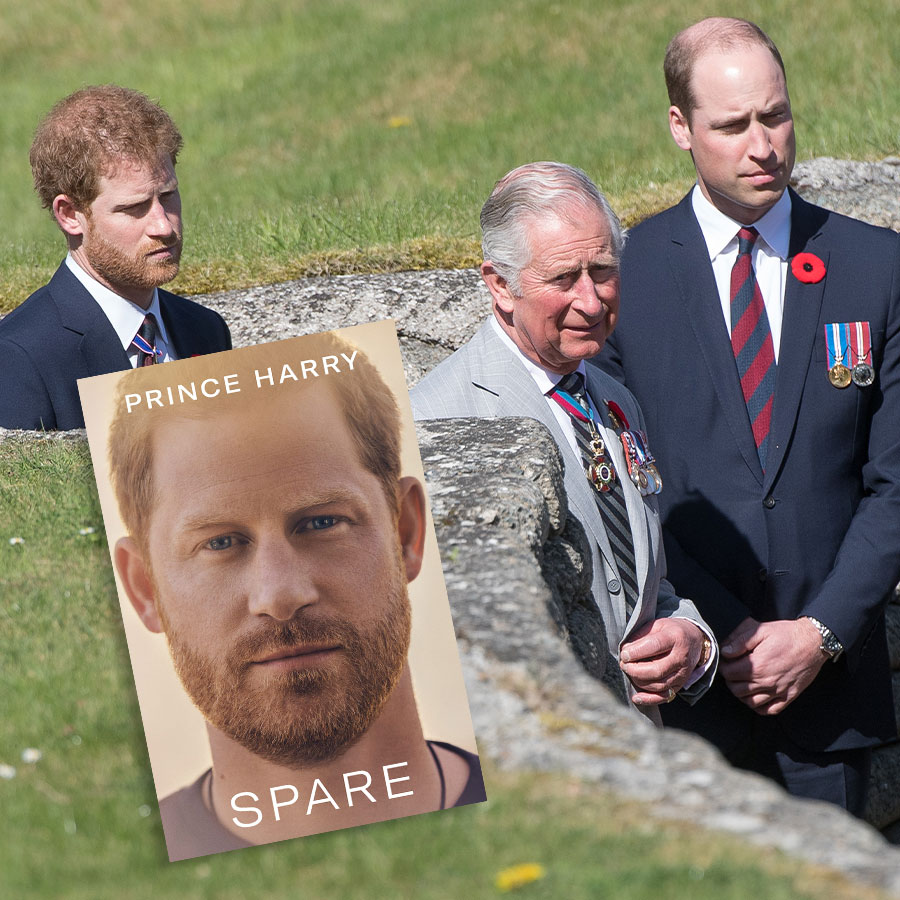 Then-Prince Charles, Prince William and Prince Harry walk through a trench during the commemorations for the 100th anniversary of the battle of Vimy Ridge, Lille, France, April 9, 2017. Photo: Samir Hussein/WireImage/Getty Images

As the dust begins to settle, and people have the chance to read the bestselling Spare (1.4 million copies sold in the U.K., U.S. and Canada, a record-breaker for a memoir!) for themselves, what does the barrage of Sussex truth-telling bode for the future of the monarchy?

King Charles and the Prince and Princess of Wales returned to their rounds of public duties yesterday, the first time they’ve been sighted since the publication of Prince Harry’s memoir, Spare, which reveals all manner of intimate family drama. None of the three senior royals addressed the book, as expected, their strategy is to rise above. But the most telling quote was a response by William to an 81-year-old fan waiting for him outside Liverpool Royal Hospital. “Keep going Will, Scousers love you.” William responded with a short and sweet “I will.” The perfect encapsulation of keeping calm and carrying on.

Meanwhile, a YouGov poll taken in the immediate aftermath of the book’s release (after, it should be noted, the long prequel of leaks that played out on Britain’s front pages), revealed that Harry’s favorability rating, once sky-high, had sunk to a record low of 24 per cent. Indeed, Harry and Meghan had both rated lower in popularity than even scandal-banished Prince Andrew.

In the U.S., Harry’s pain-to-ink journey has split opinions, with even the New York Times publishing a piece on Sussex fatigue, concluding “there is a sense that there are only so many revelations the public can stand.”

I still believe that Harry’s book stands on its own as his testament to his own life. Yes, there are grudges and some petty points, there are misremembered details (though he fully cops to that), but when all the flashing headlines and cleverly cropped clips from TV interviews fade into the mountain of crap that makes up the internet, the book will stand. The story of a small boy struggling with the death of his Mum, and his place in the hierarchy of a high-profile family. Primogeniture is a cruel practice, and even with Canada’s close ties to Britain and with the monarch as our head of state, it feels foreign to us to play favourites that way. In the nobility in Britain, it has been a way to keep intact titles, large estates and fortunes over centuries, instead of splitting them among children. Think of how many grand châteaux in France, where the inheritance laws are different, are now owned by the Brad Pitts of the world. Indeed, the “second sons” of Britain were often sent off to the colonies to make their own fortunes (or not).

Specific to the monarchy, male primogeniture was only abolished in England in 2011, so any children of William and Kate would inherit the throne in birth order, regardless of gender. But Harry, like his uncle Andrew before him, and great-aunt Margaret before that, was a victim of the general nature of the runner up in the Windsor genetic lottery. The winner — the first-born — takes all. The heir’s life is different, and is literally taken as more important, and that has gotta hurt.

How can a family be functional when it is predicated on that premise? Sure, many families have favourites, even when no one wants to admit that. But it would indeed suck to have an older sibling who gets the larger room in childhood, the bigger apartment after marriage, in other words, all the cake. And by cake, I mean money.

Money is what this whole story is about. It is what almost every story is about, when you get down to brass tacks. Charles inherited the Duchy of Cornwall, a great, big cash cow, as a preschooler. William was always destined to inherit it as his financial windfall prior to the really big windfall of the Crown Jewels and all the castles on the Monopoly board. Margaret, and Anne, Andrew and Edward, Harry and all the other grandchildren, get supported (or not) according to their rank on the succession list. Harry actually got quite a bit more than his cousins, with his giant wedding and Meghan’s clothes budget, and then Frogmore Cottage. But still, as he points out in the book, compared to the Old Masters and antiques-filled reception rooms of Apt. 1A at Kensington Palace occupied by William and Kate, it would have felt unfair.

So he did the one thing that would earn him commensurate funds, and provide public catharsis at the same time. He told his story. Power to him; he does need security for his family, and that is a pretty penny. He now doesn’t have to live a life in anyone’s shadow, and that has got to feel great.

Charles famously said he never regretted telling his own story to Jonathan Dimbleby in 1994, in which he revealed he was forced into a loveless marriage with Diana and that the Queen was cold and Prince Philip was a bully. It all went okay for him in the end; he is now King. It should be noted he did not make money on the book. Neither did Diana make bank (she also didn’t need to, being both an heiress and married to the Prince of Wales), when she told her story to Andrew Morton two years earlier. Therein she recounted throwing herself down the stairs while pregnant with William and that the Queen did nothing about it. The couple divorced soon after and Diana was herself officially out of the royal fold, but far from penniless.

So Harry is of course not the first royal to air dirty laundry, but the first to do so for cash, and a lot of it at that. This has been something he has been criticized for, but really what was he going to do? Sell insurance? When you think of it, wouldn’t it have been better for Prince Andrew to have written a book to support himself, rather than sponging off the dodgiest of international billionaires?

The Queen herself never told her own story, and her reward was admiration for sustaining the mystery that closed mouths engender. Thus, her funeral was a wondrous expression of those very old-fashioned values at their best: loyalty, discretion, valour, dignity.

I think the one thing everyone who was alive to watch Harry walk behind his mother’s coffin can say is that we wish him happiness at long last. Hopefully, that happiness will be found in fresh, new endeavours. Rehashing this now fully hashed-out set of grievances will not play well.

Because the monarchy will carry on. It always does. There is a lot of money at stake. As we found out at the Queen’s funeral, and looking ahead to the King’s coronation this year, there is a power in the groundswell of unity it can foster. The Crown is an essential part of Britain’s mythology: its identity economy if you will, with stellar returns, bringing in some 1.76 billion pounds sterling in tourism value each year.

The caretakers of the Crown will need to deftly guide the institution into the modern world, and bend with changing values in the larger world. But some mystique must remain at the heart of the concept. It works with the press picking at the edges, not gorging on its intestines. In this day and age where everything hangs out in our virtual lives, metaphorically, the monarchy must return to tucked-in.

‘Spare’: What We Learned From Prince Harry’s U.K. and U.S. Interviews Prior to the Release of His Memoir