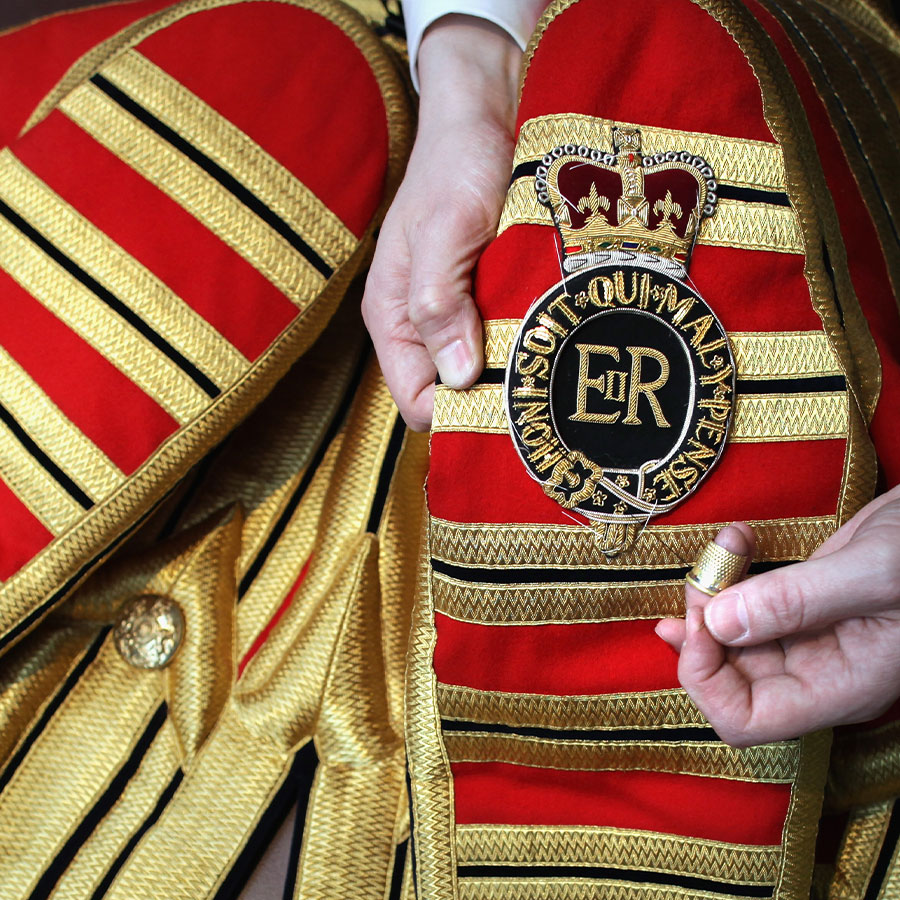 When Queen Elizabeth II died on September 8 2022, so too did 686 royal brand endorsements she had granted over the 70 years of her reign. Famous British products including Colman’s mustard, Twining’s tea and Weetabix all lost a valuable part of their business models.

Those companies now have less than two years to remove a familiar element of their online presence, packaging, shop fronts and advertising: the late Queen’s royal warrant, comprising the former monarch’s coat of arms and the influential words, “By appointment to Her Majesty Queen Elizabeth II”.

It will be a massive rebranding exercise which touches a surprisingly varied directory of the UK’s corporate landscape. Moving services (Abels), car manufacturers (Jaguar Land Rover), food (Fortnum & Mason), fashion (Gieves & Hawks) and even mobile toilets (Event-A-Loo) will be among those having to adjust. And nor is it just British brands: Hardy Brothers jewellers in Australia, Mumm champagne in France and Graham’s Port in Portugal are just some of the international businesses affected.

All these firms have enjoyed being officially associated with a popular monarch as part of a tradition that dates back (in England) to the middle ages. A royal warrant is a show of approval, a mark of trustworthiness.

And although these warrants do not necessarily reflect a monarch’s personal tastes, there are occasions when they do. In the aftermath of the Queen’s death, for example, sales of the French aperitif Dubonnet soared as people bought one of her favourite tipples as a tribute.

A royal warrant is essentially treated as a form of brand endorsement from the top of the UK establishment. Such a relationship is mutually beneficial because in many ways, monarchies are important corporate brands too — they have logos, financial value, PR teams, and a mission.

The British royal family could (at present) even be seen as one of the country’s most successful brands, with millions of devoted “customers” and widespread brand recognition. Its name and association — think Royal College of Art or Regius professors — carry weight and prestige.

And with the demise of so many monarchies, the granting of royal warrants has become rarer — and therefore more valuable. Outside of the UK, royal warrants are now granted by the monarchies of Belgium, Denmark, the Netherlands, Norway, Spain, Sweden and Thailand.

London’s Savile Row tailor Henry Poole & Co. is celebrated for holding royal warrants not only from the British royal family but also Emperor Napoleon III, Emperor Haile Selassie of Ethiopia, King Amadeus I of Spain and King Boris of Bulgaria.

The comparative rarity of a royal warrant adds to its potential financial value. In 2017 it was estimated that the monarchy provided a £193.3 million annual uplift to the UK economy, with royal warrants part of this. For smaller companies, a royal warrant can provide a boost in sales worth 5% per year.

That said, not all warrant holders decide to give their royal approval prominence. After Eight chocolates and Jacob’s cream crackers no longer display the warrant, while Fairy washing-up liquid and Persil laundry products add it to the side or reverse of their packaging. A more blatant royal warranty display can be seen on the packaging of Bendicks chocolates, Bollinger champagne, Tiptree jam, and at Waitrose supermarkets.

Royal warrants benefit the monarchy too. The royal insignia enters people’s homes as a background reminder of the institution via their kitchen cupboards, bathroom cabinets and wardrobes. They also have egalitarian merit, with the same image and words conferred to both luxury items and everyday groceries.

It will be interesting to see what happens next. The late queen was well known for not expressing views, while King Charles III has been vocal about his support for causes related to the environment and sustainability. Perhaps those strongly held brand values will inform the selection of future holders of his warrant.

The 180 warrants he granted in his former position as Prince of Wales remain in place, since they are associated with a royal household rather than a particular title. It is likely that those warrant holders will, in due course, go on to carry the warrant of the new King — as may many of those granted by his late mother.

In the years to come, an expansive royal “brandscape” could even emerge with the Queen Consort and new Prince of Wales granting royal warrants too. This would lead to a select group of organizations enjoying the privilege of a double — or even triple — royal endorsement.

Those favoured brands will also hope that King Charles manages to steer the institution in a successful direction — to ensure that both sides of this business arrangement continue to benefit.