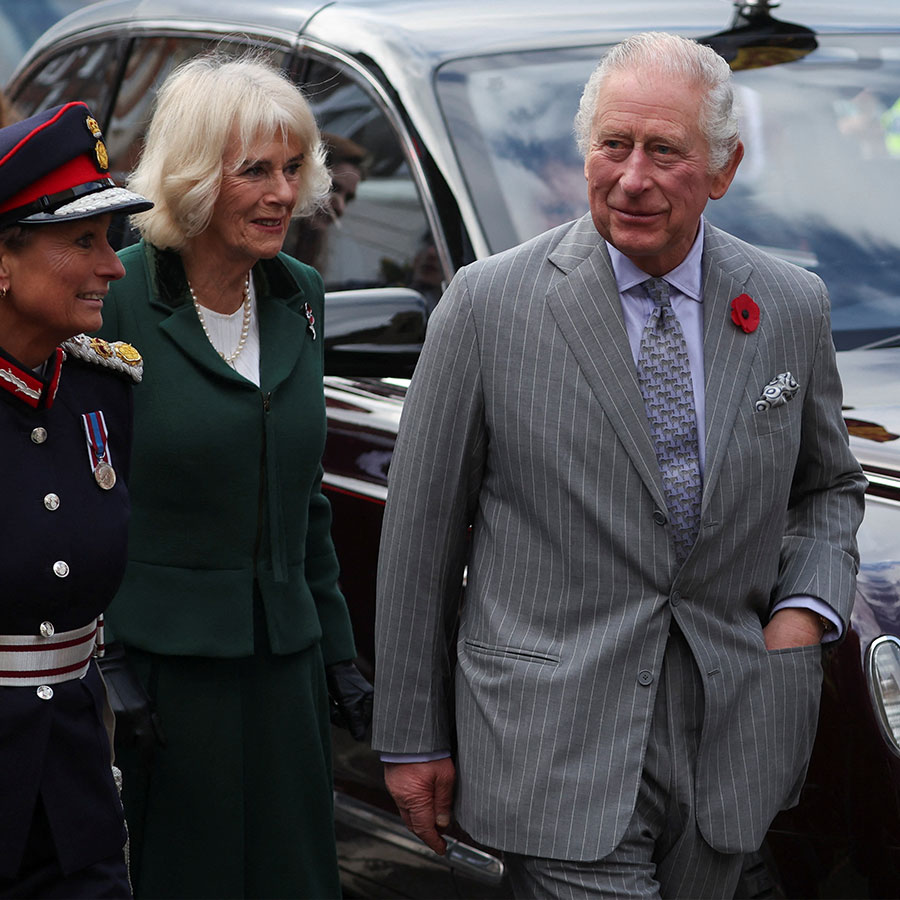 A man was detained by police on Wednesday after eggs were thrown at King Charles and Camilla, his wife and Queen Consort, as they carried out an engagement in northern England.

Footage on social media showed four eggs flying past the British monarch and his wife and smashing on the ground as they arrived for a traditional ceremony in York. They appeared to be unmoved by the incident and carried on with the engagement.

Police officers rushed in to drag away a protester who was shouting slogans. Others in the crowd jeered him, and chanted: “God save the King”.

“A 23-year-old man was arrested on a suspicion of a public order offence following an incident on Micklegate in York,” police said in a statement. “He currently remains in police custody.”

Charles, who came to the throne in September after the death of his mother Queen Elizabeth, is on a two-day tour of northern England. He later unveiled a statue to his late mother in York which had been planned to mark her 70th year on the throne.

“Now, as we have witnessed, with great sadness, the passing of that reign, it is unveiled in her memory, as a tribute to a life of extraordinary service and devotion,” he said.

The incident in York was not the first time royals have faced such a protest. Eggs were also thrown at Elizabeth’s royal car in 2022 when she visited Nottingham, central England, and anti-British protesters threw eggs at Charles during a walkabout in central Dublin in 1995.

U.K. Declares Extra Bank Holiday on May 8 for Coronation of King Charles III