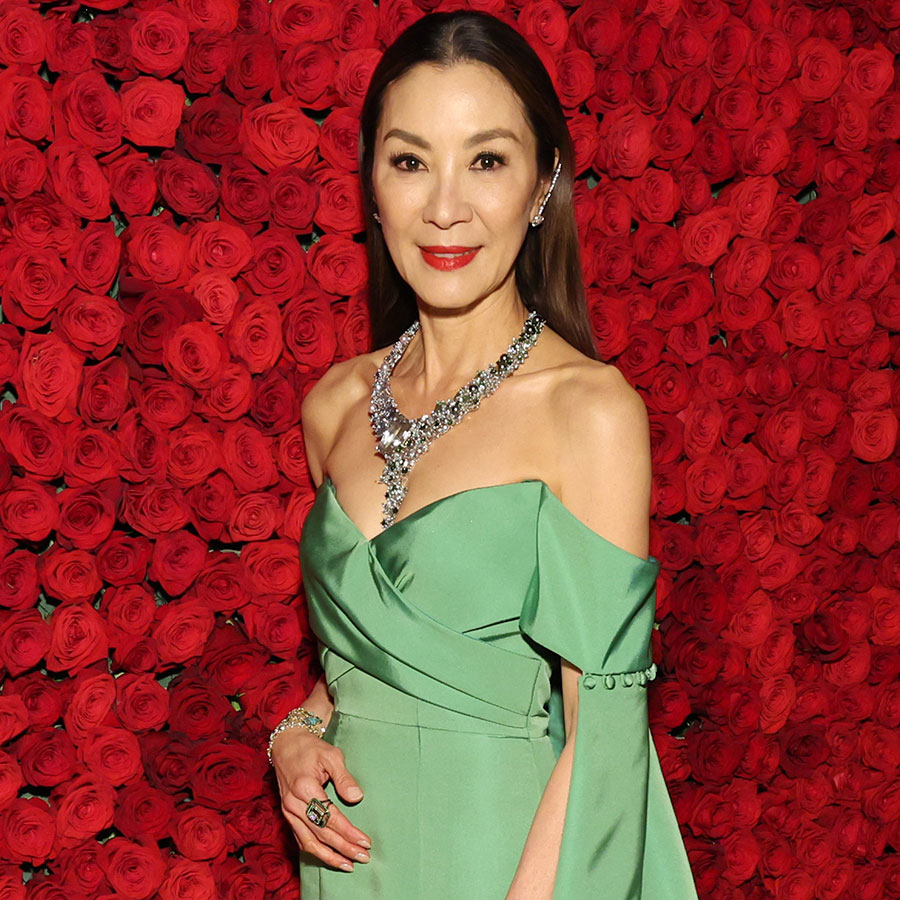 Michelle Yeoh, seen here attending The 2022 Met Gala, scored her first-ever Oscar nomination Tuesday and, along with Ke Huy Quan, Stephanie Hsu and Hong Chau, is one of four Asian actors nominated for Oscars — the most ever in one year. Photo: Cindy Ord/MG22/Getty Images for The Met Museum/Vogue/Getty Images

Nominees for the 95th Academy Awards were announced Tuesday morning, and none carried the sizzle or the potential for making headlines quite like the acting categories, which could produce a hotbed of memorable acceptance speeches at the Oscars on March 12.

High on the list: Angela Bassett, 64, who became the first actor ever to receive an Oscar nomination for a role in a Marvel film, with her nod for Best Supporting Actress for her role as Queen Ramonda in Black Panther: Wakanda Forever.

With Michelle Yeoh, Ke Huy Quan, Stephanie Hsu and Hong Chau competing for Oscars, 2023 set a record for most Asian actors nominated in a single year. Yeoh, 60, received her first Oscar nomination for her work in the critical smash Everything Everywhere All at Once, where she performed alongside industry favourite and comeback kid Quan, 51, and Hsu, 32, both nominated in supporting roles for that same film. Quan, of course, was a child actor in 1980s hits Indiana Jones and the Temple of Doom and The Goonies before eventually leaving acting, going back to school, working on sets for years in production roles and then coming back to acting in 2018 and, now, landing his first Oscar nomination.

Chau, 43, meanwhile was nominated for Best Supporting Actress for The Whale, which also grabbed Canadian-bred Brendan Fraser, 54, an anticipated nod for Best Actor, his first.

With more firsts, Jamie Lee Curtis, 64, earned her first-ever Oscar nomination, despite a career spanning decades, for her Best Supporting role in the widely fêted sci-fi dazzler Everything Everywhere All at Once. Ditto fellow veteran Bill Nighy, 73, who finally, after years of critically lauded performances, grabbed a Best Actor nod, his first, for Living, the sentimental remake of the 1952 Japanese film Ikiru. Colin Farrell, 46, also scored his first-ever nomination, for Best Actor for The Banshees of Inisherin.

Records, too, may shatter. If Judd Hirsch lands Best Supporting Actor for The Fabelmans, he will, at age 87, break Anthony Hopkins’ record as oldest Oscar winner in an acting category ever. Hopkins was a mere 83 when he won for 2020’s The Father. The film also tees up Steven Spielberg, 76, for his potential third Best Director Oscar with previous wins for Schindler’s List and Saving Private Ryan.

You can bet Spielberg will be high-fiving legendary composer John Williams, who, at 90, is the oldest Oscar nominee in history, and will be 91 if his name is called from the stage of the Dolby Theatre in Hollywood for Music (Original Score) on The Fabelmans. The nomination also marks his 53rd nod, the most ever for a living person. Only one person received more: Walt Disney, with 59 nominations.

Meanwhile, Toronto’s Sarah Polley, 44, scored for Best Picture and Best Adapted Screenplay for her adaptation of Miriam Toews’ bestseller Women Talking, the only female nominee in former category and one of only two in the latter.

Arguably, the most unexpected nomination in any category belongs to Andrea Riseborough, 41, for the little-seen but much-loved (by industry folks, anyway) To Leslie, about an alcoholic Texan who wins then squanders a lottery.

A late-breaking grassroots campaign largely spearheaded by her fellow actors, put the British-born performer on the radar, helping her best mainstream contenders like Viola Davis (for The Woman King) and Danielle Deadwyler (for Till).

Riseborough will compete against Cate Blanchett, 53, for Tár, Ana de Armas, 34, for the controversial Marilyn Monroe fictionalized biopic Blonde, Michelle Williams, 42, for The Fabelmans, and the aforementioned Yeoh for Everything Everywhere All at Once. (Average age in both Best Actor and Best Actress categories is 46, by the way.)

Luckily, both Lisa Marie Presley and mom Priscilla Presley, 77, saw Butler nab a Golden Globe for his impressive work as the King of Rock ’n’ Roll earlier this month. It’s hoped the film will fulfill Priscilla Presley’s aim to keep the memory of her former husband alive in the minds of younger generations.

The Oscars this year will also be notable for acknowledging both blockbusters and artier, foreign films that drew critical raves if not massive box office.

Witness the highly stacked Best Picture category, where confirmed money-makers like Avatar: The Way of Water, Top Gun: Maverick, and Elvis face off against festival favourites like Palme d’Or winner Triangle of Sadness, TIFF hits The Banshees of Inisherin and The Fabelmans, the German-language war epic All Quiet on the Western Front — which recently grabbed a staggering 14 British Academy of Film and Television Arts (BAFTA) nominations — and Tár, which landed on virtually every best-of list but wilted at the box office.

For those keeping score co-directors Daniel Scheinert and Daniel Kwan’s led the charge for overall Oscar nominations with 11 for their eye-popping, game-changing Everything Everywhere All at Once, followed by Martin McDonagh’s The Banshees of Inisherin and Edward Berger’s All Quiet on the Western Front, which tied for second place with nine each.

Late-night talk show host Jimmy Kimmel hosts the Oscars on March 12. See below for a full list of nominees.

All Quiet on the Western Front
Avatar: The Way of Water
The Banshees of Inisherin
Elvis
Everything Everywhere All at Once
The Fabelmans
Tár
Top Gun: Maverick
Triangle of Sadness
Women Talking

Martin McDonagh, The Banshees of Inisherin
Daniel Kwan and Daniel Scheinert, Everything Everywhere All at Once
Steven Spielberg, The Fabelmans
Todd Field, Tár
Ruben Östlund, Triangle of Sadness

Martin McDonagh, The Banshees of Inisherin
Daniel Kwan and Daniel Scheinert, Everything Everywhere All at Once
Steven Spielberg and Tony Kushner, The Fabelmans
Todd Field, Tár
Ruben Östlund, Triangle of Sadness

All Quiet on the Western Front
Argentina, 1985
Close
Eo
The Quiet Girl

Volker Bertelmann, All Quiet on the Western Front
Justin Hurwitz, Babylon
Carter Burwell, The Banshees of Inisherin
Son Lux, Everything Everywhere All at Once
John Williams, The Fabelmans

The Boy, the Mole, the Fox, and the Horse
The Flying Sailor
Ice Merchants
My Year of Dicks
An Ostrich Told Me the World Is Fake, and I Think I Believe It

The Elephant Whisperers
Haulout
How Do You Measure a Year?
The Martha Mitchell Effect
Stranger at the Gate

Brendan Fraser Talks The Whale and His “Brenaissance” Comeback