‘A Christmas Carol’: With New Movie ‘Spirited,’ the Dickens Classic Continues to Haunt Us 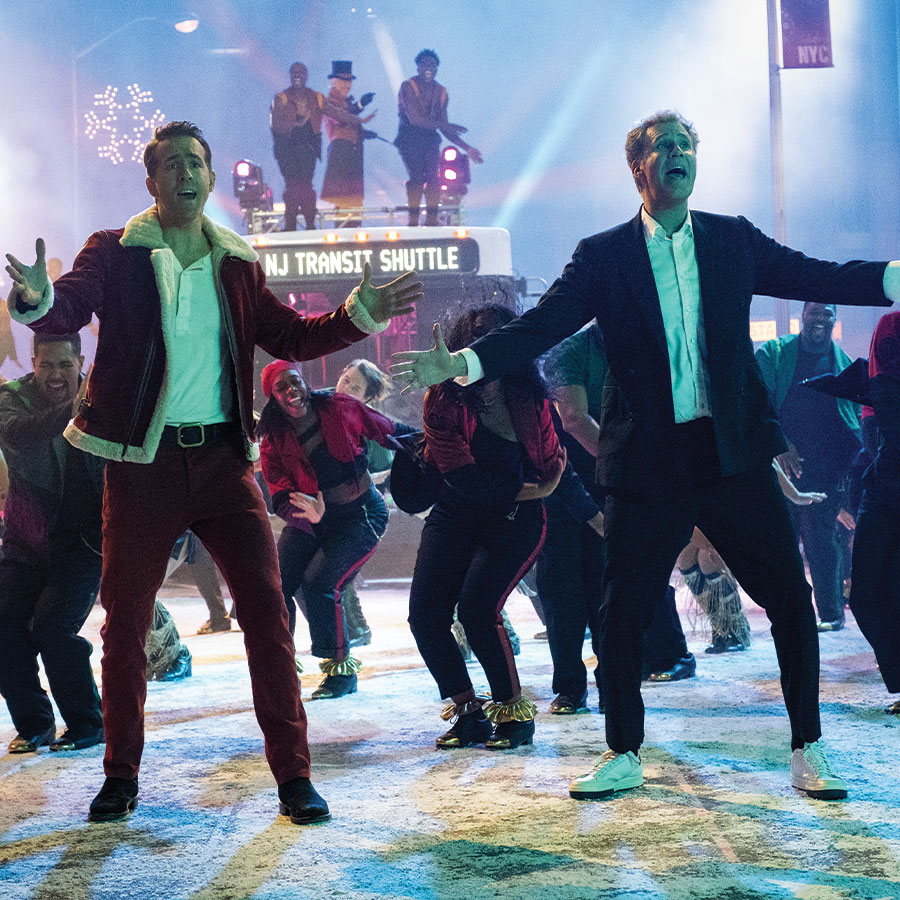 Ryan Reynolds and Will Ferrell star in the latest adaptation of 'A Christmas Carol,' the musical 'Spirited.' Photo: Courtesy of AppleTV+

There’s something about A Christmas Carol that screams: remake me! Some count as many as 100 versions of the Charles Dickens story spanning film, TV and even video games.

But why is the story so popular? Notions that often-adapted works are somehow “universal” or “timeless” are dubious in an age of globalization. Christmas is not universal, nor is the idea that the rich ought to share their wealth with the poor.

A Tale Ripe for Retelling

Dickens energized A Christmas Carol by holding opposites in tension. The story features supernatural time travel, which is contrasted with its historical realism. Scrooge’s material wealth contrasts with Tiny Tim’s poverty. And the domestic setting of Scrooge’s home is at odds with the terror he feels at the arrival of the ghosts.

Spirited departs from all this. With a longer-than-average runtime (just over two hours), its two protagonists preclude a clear storyline, their many subplots compressed to momentary glimpses to make space for expansive musical numbers.

Director Sean Anders said that working on Spirited was “like directing two movies at once.” But Spirited is more than two genres with two protagonists. It is a multifaceted postmodern mashup, unfolding like a Christmas variety show.

Its diverse cast rushes between genres — from musical comedy to workplace drama — like a greatest hits revue of A Christmas Carol productions past.

The Ghost of Adaptations Past

Characters are wryly aware of Spirited’s knowing haunting of itself by other adaptations of A Christmas Carol past: “Yes, like the Dickens book, and the Bill Murray movie, and every other adaptation nobody asked for.”

The production is more materially haunted by the talent of Christmas box office past, featuring (among others) Elf actor Will Ferrell and The Greatest Showman songwriters Benj Pasek and Justin Paul.

While this may point to the “timeless” and “universal” economic aspirations of the entertainment industry, adaptations like Spirited are very much of their own time, just as Dickens’s A Christmas Carol is very much of his.

Written in the “hungry forties” of the 1800s, a time of deep economic depression and harsh government policies towards the destitute, the story portrays middle-class fears of lower-class riots as a motivation to share wealth with the poor.

Today in austerity Britain, Dickens’s story is newly resonant, but U.S. production Spirited, is unconcerned with economics. Its homeless are cared for in a shelter, and its orphan character Wren (Marlow Barkley) already has two adoptive fathers.

Released as U.S. midterm votes were being counted, Spirited focuses on another social issue — social media. Social media, claims Spirited, turns people into trolls. It divides them and makes them abuse each other. It has the power to destroy lives.

In these ways, social media functions in Spirited much as money does in Dickens’s original. It divides rich and poor and is aided and abetted by savage, divisive politicians who use economic divides to foster their own wealth and power.

As Scrooge’s villainy lies in his misuse of money, Spirited’s corporate PR executive Clint Briggs’s (Ryan Reynolds) wrongdoing lies in his use of social media to pit users against each other in ways that benefit celebrities, politicians, and businesses.

While Scrooge’s real sin is against capitalism (his refusal to spend money), Briggs’s lies in circulating the bad currency of false and damaging information. Dickens was criticized for advocating voluntary, individual spending by the rich on the poor rather than changes to the economic, political and social systems that create and maintain inequality. Spirited’s solution, too, is for people to choose not to use social media abusively, rather than to change any laws or systems governing it.

Dickens’s ghosts seek to redress their poor economy by haunting those whose reform will have a wider impact. As the arch-influencer of social media influencers, for the ghosts of Spirited, Briggs is the biggest catch of the season.

Whether Spirited will be a hit, returning to haunt us for future Christmases, or relegated to the dustbin of A Christmas Carol films past remains to be seen. But we can be certain of future filmic hauntings by this book, endeavouring to wrestle with the present-day fears and nostalgic yearnings of audiences yet to come.

The Ghosts of Christmases Past