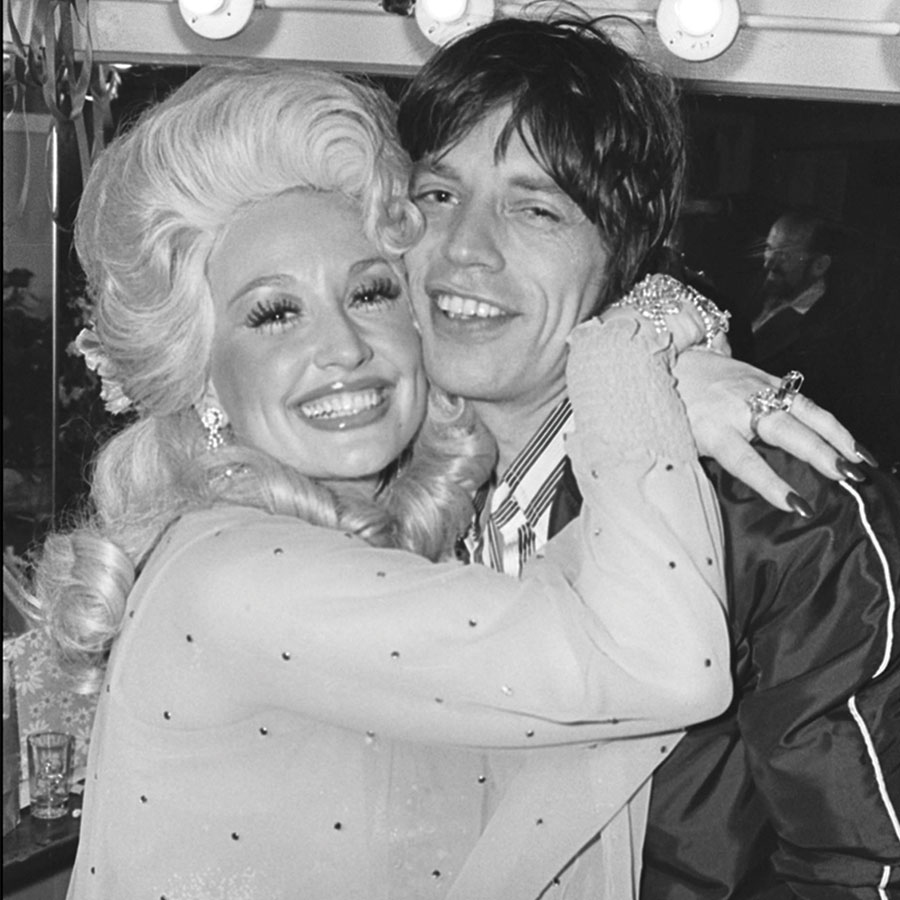 Dolly Parton's debut rock album, to be titled 'Rock Star,' is set to drop next autumn and will feature covers of a number of rock classics. Photo: Photo: Allan Tannenbaum/Getty Images

Dolly Parton is planning to cover some of the most iconic rock songs ever recorded on her upcoming album.

After the country superstar, 76, was inducted into the Rock & Roll Hall of Fame in November, she announced that she was working on her first-ever rock record.

And during a recent appearance on The Tonight Show Starring Jimmy Fallon, Parton revealed that she will title the album Rock Star and it will drop next autumn.

She promised covers of Prince’s “Purple Rain,” The Rolling Stones’ “(I Can’t Get No) Satisfaction,” Led Zeppelin’s “Stairway to Heaven,” and Lynyrd Skynyrd’s “Free Bird,” and also noted that she is currently approaching artists regarding guest appearances.

In a recent interview for Pollstar, Parton shared she wanted to reunite former bandmates Robert Plant and Jimmy Page for “Stairway to Heaven,” which she previously performed for her 2002 album, Halos & Horns.

Elsewhere in the chat with Fallon, Parton reflected on her original decision to decline her nomination for the Rock & Roll Hall of Fame because she didn’t feel she had “earned the right.”

However, the “Jolene” hitmaker changed her mind and accepted the honour after a public campaign.

“I’m making an album too because I have to live up to all that hype. Honestly, I was sincere, I didn’t mean to start any controversy, when they said they wanted to put me in the Rock & Roll Hall of Fame, I always thought that was for people who spent their whole life working to be in rock and roll,” Parton continued. “You don’t see Led Zeppelin in the Country Music Hall of Fame. I found out it was more than that. So, when I realized what it was, I (decided) to accept graciously. I’m very honoured, very proud.”

Welcome to the Dollyverse: Exploring the Many Dimensions of Country Queen Dolly Parton, the Original Influencer