Royal Family’s Reckoning With Race Comes to a Head as William and Kate’s Trip to the U.S. Is Marred by His Godmother’s Racist Comments 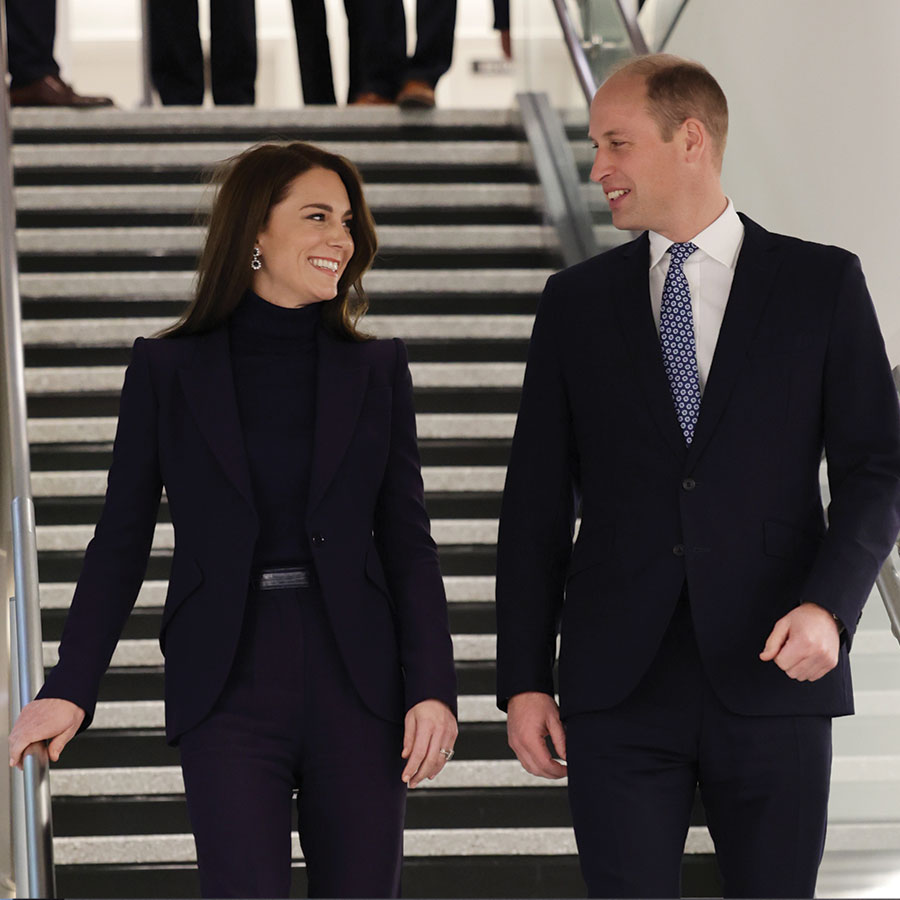 In an appalling display of racism, Lady Susan Hussey, 83, long-time lady-in-waiting to Queen Elizabeth II, has been named as the royal householder who made a series of offensive and racist remarks to Ngozi Fulani, founder of the charity Sistah Space, at Queen Consort Camilla’s Buckingham Palace event to raise awareness about domestic violence on Tuesday.

Hussey has stepped down. But this latest ugly episode is a spectacular case of bad timing as the Prince of Wales’ godmother has now undermined his big moment, just as he arrives in Boston for his signature initiative, The Earthshot Prize awards.

First the details of the remarks, then we will get to why this is so incredibly damaging for the Royal Family at this juncture, and especially for William.

At the reception, Fulani was approached by a palace aide she identified only as SH. The aide, since identified as Hussey, reached out to touch Fulani’s hair — a gross violation of her person, given the historical issues for Black women being dehumanized through the othering of their hair — moving it ostensibly to see her name tag. Hussey then engaged in a prolonged and utterly tone-deaf interrogation to find out where Fulani was “really from.”

Fulani first answered that she was from Sistah Space, the name of her charity and the reason she was at the event. On further questioning about place, she said, “We’re based in Hackney.”

To which Hussey pivoted to: “What part of Africa are you from?” then, “What nationality are you?” and then, “Where are your people from?” when she didn’t get the answer she was apparently looking for. Fulani told her she was born in Britain, then after much more probing, told Hussey her parents had come to Britain in the ’50s. “Oh, I knew we’d get there in the end, you’re from the Caribbean,” said Hussey.

“No, lady, I am of African Caribbean descent and British nationality,” Fulani said.

Fulani says she was “totally stunned” at Hussey’s line of questioning, and found it “such a struggle to stay in a place you were violated in.” An eyewitness, Mandu Reid, leader of the Women’s Equality Party, called the exchange “an interrogation,” as well as “offensive, racist and unwelcoming.”

The palace issued a swift statement saying the remarks were “unacceptable and regrettable,” and that members of the household had been “reminded of the diversity and inclusivity policies which they are required to uphold at all times.”

William also released a statement, saying he was “disappointed to hear about the guest’s experience at Buckingham Palace,” adding, “racism has no place in our society,” and “it is right that the individual stepped aside with immediate effect.”  Upon he and Kate’s arrival in Boston, William did not comment on the incident further, but instead said the royal couple was “delighted to be back in the United States” and thanked Governor Charlie Baker and his wife, Lauren Baker, for their “warm welcome”.

Hussey, who served as lady-in-waiting for some 60 years, and was unofficially known as “Number One Head Girl,” was so close to the Queen that she accompanied the monarch to the funeral of her husband, Prince Philip, under COVID-19 restrictions. Hussey was even portrayed in The Crown, Season 5, played by Haydn Gwynne, in a scene with the Queen in the ’90s, in a dramatic retelling of how Hussey’s late husband, Baron Marmaduke, then chairman of the BBC, was blindsided by the Diana interview with Martin Bashir.

Hussey was also one of the “advisors” that the Queen personally sent to Meghan, Duchess of Sussex, to help her settle in when she was first engaged to Prince Harry back in 2017. Hussey made news this summer when she was quoted in a biography saying of the marriage of Harry and Meghan: “it will end in tears.”

Well, who is in tears now? The old guard clearly has to be stripped out of the monarchy if it is to move forward successfully in modern multicultural Britain and the Commonwealth. After the racism scandals raised by Harry and Meghan in their March, 2021 Oprah interview, there was no room for error. The new King, and the new Prince of Wales, must bring the palace into the modern world, and up to modern standards based on a real, and thorough, understanding and practice of diversity. There is no room for old ideas, or old habits, even if that means sweeping all the cobwebs and divesting themselves of courtiers from a bygone era. It is time for dynamic, new blood in the palace’s front and back offices, and a staff more reflective of Britain and the world.

Another headline in this morning’s British papers featured Anil Kanti “Neil” Basu, former head of counterterrorism for the Metropolitan Police in London, exposing the “disgusting and very real” security threats faced by Meghan Markle during her time in the U.K. with Prince Harry. Ongoing security protection for the couple on British soil has been in dispute, with Harry bringing suit to have continued coverage. The racism she experienced has real-world consequences when they take the form of terrorist threats.

Acknowledgement is not enough here. This is another area the new King and his heir need to address urgently: racism is a holistic issue and can’t be addressed with patchwork apologies.

This is a heavy hit to William and Catherine’s highly anticipated trip to Boston, an official tour that starts tonight, when the Waleses are greeted by Caroline Kennedy, American royalty and daughter of the president who first proposed the moonshot, an aspirational concept William borrowed for his environmental awards to spur innovation in reversing climate change. Ironically, and now perhaps even more of an awkward juxtaposition for the palace, next week Harry and Meghan are due in New York to be presented with an award from another Kennedy, Kerry, daughter of Robert Kennedy, for, in her words fighting “structural racism” in the institution of the British Royal Family.

The two brothers and their glamorous wives were always going to be pitted against each other, especially while William and Catherine are on American soil. This was a tremendously important trip for the Prince of Wales, and it looks as if it may be overshadowed by controversy, no matter how many distractingly gorgeous gowns Kate pulls out of her luggage.

Prince William and Catherine, Princess of Wales, in Spotlight as They Prepare for Visit to U.S.