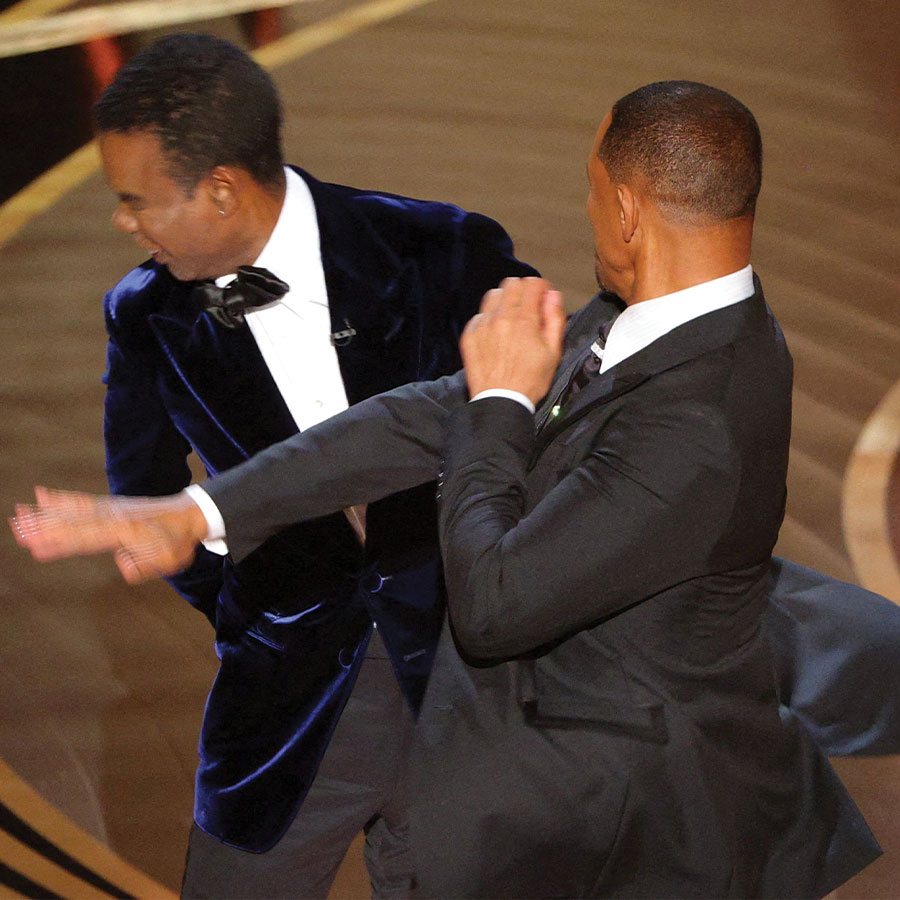 During an interview with Trevor Noah on 'The Daily Show', Will Smith explained that his assault on Chris Rock at this year's Oscars was the product of a "rage that had been bottled for a really long time." Photo: Brian Snyder/Reuters

Actor Will Smith addressed the shocking moment he slapped and shouted a vulgarity at comedian Chris Rock for joking about his wife’s hairstyle at this year’s Oscars, saying “I lost it” and that he understood if some people were not ready yet to see his new film.

Smith, who won his first Oscar, for best actor, for his role in tennis movie King Richard at that same ceremony, was subsequently banned from attending the Academy Awards for 10 years.

“That was a horrific night as you can imagine. There’s many nuances and complexities to it. But at the end of the day, I lost it,” Smith told Noah.

“I was going through something that night … not that that justifies my behaviour at all. … It was a lot of things. It was the little boy that watched his father beat up his mother … all of that just bubbled up in that moment. That’s not who I want to be.”

At the Oscars, Rock was on stage presenting an award when he made a joke about Smith‘s wife, Jada Pinkett Smith, that referenced the 1997 film G.I. Jane in which actress Demi Moore shaved her head. It was unclear whether Rock was aware that Pinkett Smith has a condition that causes hair loss.

Smith marched onto the stage and slapped Rock. The 54-year-old actor has publicly apologized to the comedian and the film academy.

“I was gone. … That was a rage that had been bottled for a really long time … but I understand the pain,” Smith told Noah.

Emancipation, about a man who escapes from slavery, is to be released next month, making it eligible for the 2023 Oscars.

In a separate interview with FOX 5 television, Smith said he would “completely understand” if some people were not yet ready to watch him in a new movie.

“I would absolutely respect that and allow them their space to not be ready,” he said. “My deepest hope is that my actions don’t penalize my (production) team.”

Will Smith Resigns From Film Academy Over Chris Rock Slap, Saying He Is “Heartbroken”

Will Smith Refused to Leave Oscars After Slapping Chris Rock, Academy Says as It Weighs Discipline