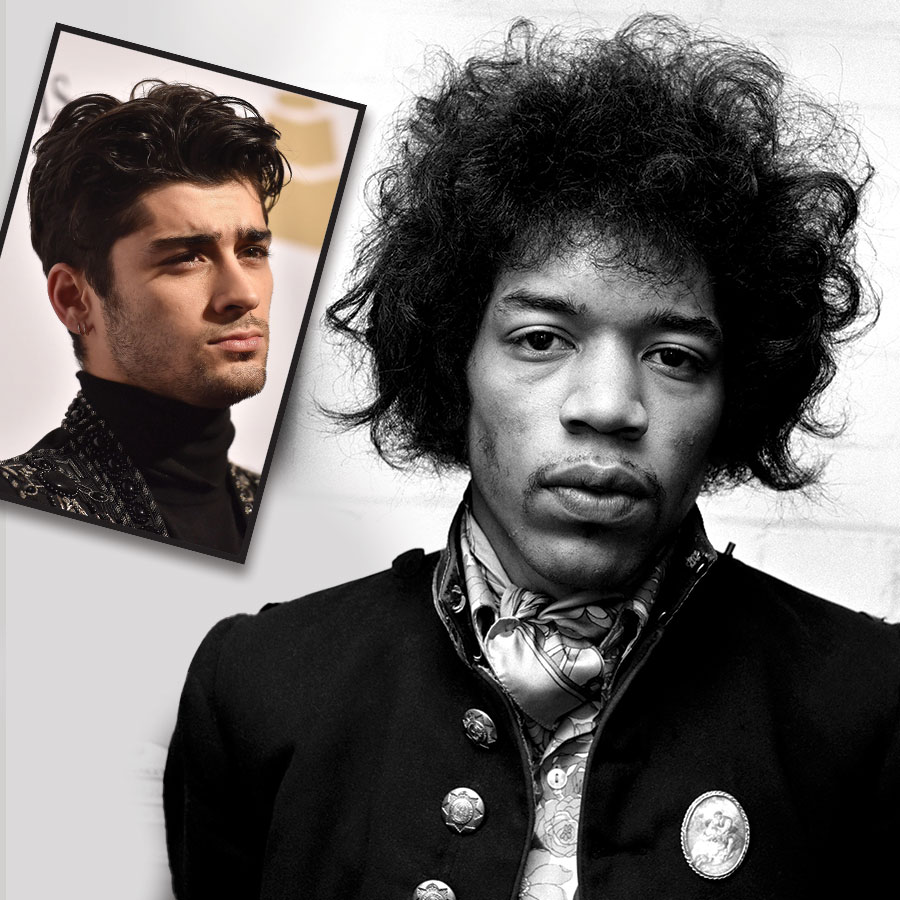 Jimi Hendrix would have turned 80 last Sunday (Nov. 27) and, to mark the would-be milestone, former One Direction singer Zayn Malik collaborated with the late rocker’s estate to re-record one of his classic tracks.

Malik, 29, who goes by the solo stage name Zayn, covered the song “Angel” off of Hendrix’s posthumous 1971 album The Cry of Love — the first posthumous disc released following his death at age 27 in September, 1970.

“Being asked to collaborate to celebrate @jimihendrix 80th birthday was such an unexpected and huge honour,” Malik tweeted. “I have so much respect and admiration for Jimi, his music and fans. ‘Angel’ is out now – hope you love the track as much as I do. Happy 80th Jimi.”

The song is available on streaming services as well as on YouTube, which you can see below, along with Hendrix’s original version.

For the cover version, Malik used the original music from Hendrix’s version, recorded in 1970. And while some listeners may feel a knee-jerk reaction to dismiss the cover, response online has been overwhelmingly positive.

The song, uploaded to Hendrix’s own YouTube page, has received almost 8,000 likes and zero dislikes as of this writing, with various commenters extolling the virtues of Malik’s soulful treatment of the song.

“Zayn’s voice is in a word ‘Angelic.’ Damn, he does Hendrix proud,’” one commenter wrote.

Another added, “Not only is this really good but if this helps a new generation of kids discover Jimi that’s even more awesome.”

And to that end, a third commenter noted, “Zayn’s voice is so magical. I’m so glad he was offered the opportunity to honour the great Jimi Hendrix. I’m glad I was able to discover such a talented artist through Zayn’s cover.”

According to the 1995 book Jim Hendrix, Electric Gypsy, Hendrix himself said that the song was inspired by a dream he had had about his mother.

“My mother was bein’ carried away on this camel. And there was a big caravan, she’s sayin’, ‘Well, I’m gonna see you now,’ and she’s goin’ under these trees, you could see the shade, you know, the leaf patterns across her face when she was goin’ under,” Hendrix recalled. “She’s sayin’, ‘Well, I won’t be seein’ you too much anymore, you know. I’ll see you.’ And then about two years after that she dies, you know. And I said, ‘Yeah, but where are you goin’?’ and all that, you know. I remember that. I will always remember that. I never did forget.”

Malik, meanwhile, is no stranger to incorporating classic rock into his work. In 2016, following the release of his first solo album, Mind of Mine, Malik noted that the Beatles song “Lucy In The Sky With Diamonds” served as a heavy influence on one of his own tunes, “Fool For You.”

“I was listening to a lot of John Lennon the week I got that loop,” Malik told the New Music Express at the time. “And there was this one song I got addicted to, with Indian music at the front of it, sitar, and then it becomes, like, another song.”

And the track “Good Guy” from Malik’s second solo album, the 2018 disc Icarus Falls, incorporates the 1966 Cher song “Bang Bang (My Baby Shot Me Down),” written by Sonny Bono.

Malik, though, isn’t the only former One Direction singer who enjoys covering rock classics. Harry Styles is known for his love of various legendary acts, from Fleetwood Mac to Joni Mitchell, having frequently recorded covers of their songs, including this version of Mitchell’s classic “Big Yellow Taxi.”