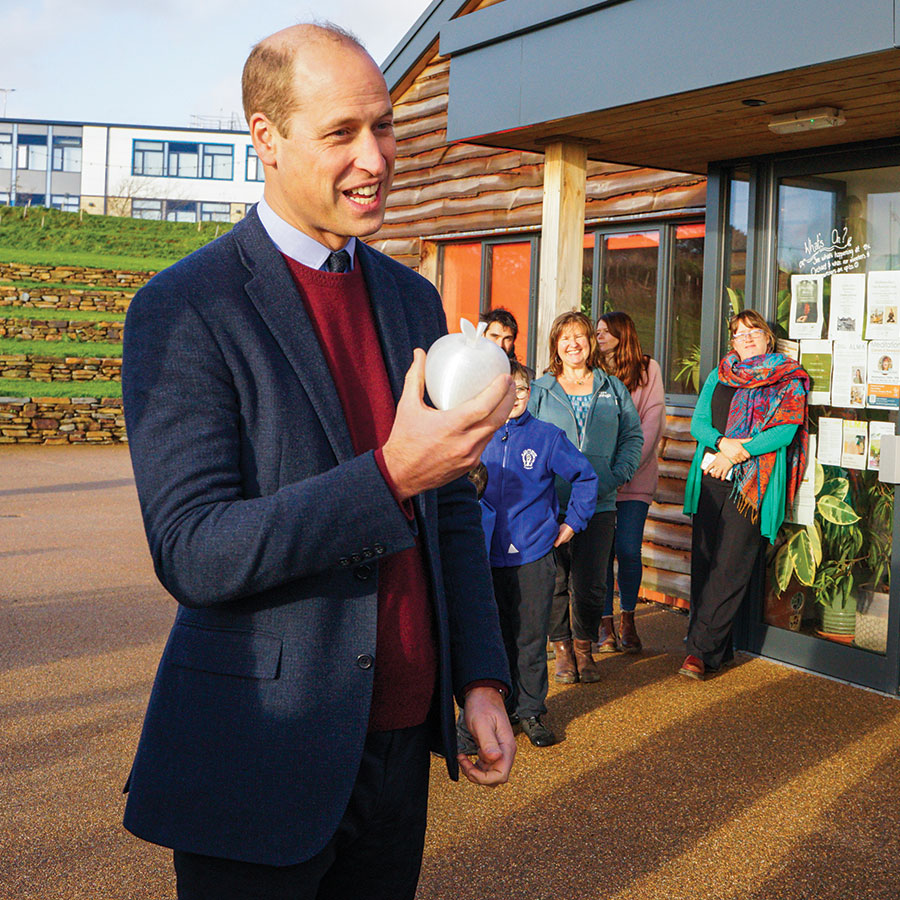 Prince William is digging into his new roles and duties as the heir to the throne.

The website for the Duchy of Cornwall has been updated with a photo of its new title-holder, William, from 2004, looking the part of jaunty aristocratic landowner in a Barbour-style brown jacket and newsboy cap as he walks with his father, who was then the Prince of Wales.

William, 40, made his first visit to Cornwall this week since inheriting the Duchy from his father, now King Charles III, upon the death of his grandmother, Queen Elizabeth II. He has, however, been preparing for the task of overseeing the 130,000 acres, located in the southwest of England, for some years, “shadowing” Charles as he went about the 23 counties in England and Wales.

This isn’t all selfless goodwill work, however: the Duchy of Cornwall is the source of the new Prince of Wales’ personal fortune. Established back in the 14th century by Prince Edward III, the title and its coffers are meant to subsidize the income of the heir to the throne.

Charles has been tremendously successful in growing this income. Now consisting of farmland and commercial business, the holding is estimated to be worth US$1.3 billion, which gave off income of some $25 million to Charles in his last full year as Duke of Cornwall.

William’s first stop in surveying his new domain was a project called Newquay Orchard on Thursday. The green space is an environmental education project with a community café, workshop and event space. Its goals are to teach gardening skills and, by extension, give community members relief from social isolation as well as tools to help deal with Britain’s current cost of living crisis.

The Prince of Wales, like his father before him, has had a long time to prepare for his new public roles. Still, it is fascinating to see the palace machine at work changing everything over, from stationery to websites, while sending Charles and Camilla, and William and Kate, off to their new duties. We saw, for example, Camilla’s new insignia, and her new signature, Camilla R (for Regina, or Queen in Latin) affixed to the little tags of the Paddington Bears she took — by taxi! — for donation to a children’s charity. The bears, which had been left in honour of Her Majesty the Queen following her passing, all found good homes.

Edward and Sophie, too, have stepped up their duties, with Edward notably giving a tour of the Royal Botanical Gardens to South African President Cyril Ramaphosa during the official state visit this past week. Meanwhile, Anne, the Princess Royal, was dispatched to the Falklands to lay a wreath at the British war memorial there.

King Charles’ new, slimmed down team of senior royals is wasting no time getting “stuck in,” as the Brits would say, to their new responsibilities. But it will be William, and his glamorous wife, Catherine, who draw all eyes in early December as they embark on their first US tour, to present the Prince’s signature initiative, The Earthshot Prize.

Royal watchers will be on high alert as the couple’s appearance comes in close proximity to a high profile appearance by the Sussexes in New York, being honoured at a Kennedy gala. There is much royal ink to be spilled before the gang (presumably) retires behind the closed doors of Sandringham for the holidays.

A Monarch in the Making: Prince William at 40