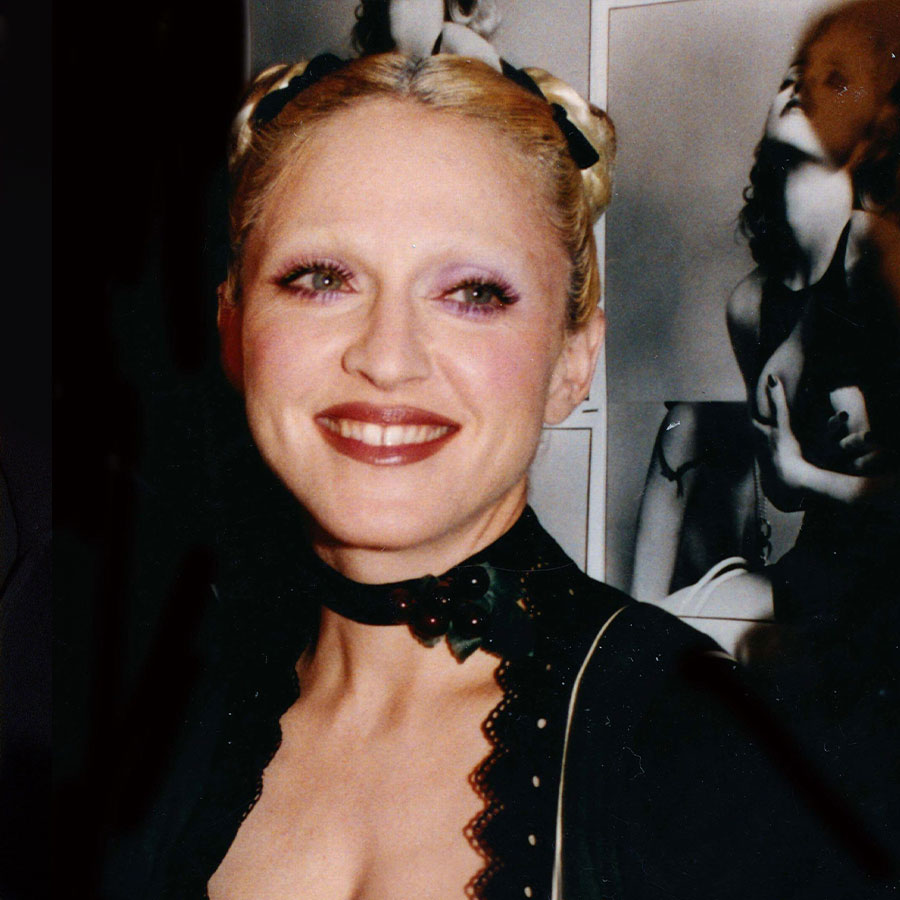 Madonna caught flack way back in 1992 upon the release of her Sex coffee-table book — which included depictions of sexual acts and fantasies as well as photos of celebs like the Material Girl herself (famously hitchhiking in the nude), actress Isabella Rossellini, supermodel Naomi Campbell and rapper Vanilla Ice (who was dating Madonna at the time) shot by famed photographers Steven Meisel and Fabien Baron. The tome came on the heels of her album Erotica, and garnered quite a bit of negative press.

A story in Spin magazine from the time seems particularly harsh: “Madonna has overstayed her welcome. … She is not an important artist. What she is is an important nude model/recording and publishing executive.”

Art. Post-Feminist. Brilliant. Trash. Call it whatever you like, but Sex eventually sold more than a million copies and it’s routinely cited as one of the most sought-after out-of-print books of all time.

And now, in honour of its 30th anniversary, Madonna, 64, is taking to social media to promote the limited edition re-release of the book as well as an Yves Saint Laurent-sponsored photo gallery show in Miami. And in true Madonna fashion, there’s little subtlety to her message.

In a post on Instagram and Twitter from earlier this week, Madonna faces a mirror while posing in a tight corset, jewels, a fur coat and gloves, surrounded by candles and with the caption “I’d like to put you in a trance. YSL presents SEX-Re-Release Miami Nov 29- Dec 4”.

In another, she’s sitting, wrapped in the fur coat, with the caption “Baby It’s Cold Outside.”

A third post, on Instagram, features a video of Madonna in the same outfit laying and rolling around on a tabletop and bench, at times holding or concealing her breasts, all set to a Miles Davis soundtrack.

Of course, the posts — like the Sex book 30 years ago — have drawn detractors. But many fans have taken to social media to support Madonna. That includes comedian and singer Jaguar Evermoore, who commented on the photo of the singer looking in the mirror on Instagram with, “Girl you have put the whole world in a trance for decades! We are enamored by you and we love you!”

Another commenter, who goes by the name Alejandro, added, “I hope it contains new pictures of you as you are right now. People need to see that sex is not over when you’re 40-50 or 60. Sex is for everyone. That’d be as transgresive (sic) as its first release.”

Meanwhile, those looking to get their hands on the Sex re-release may be in for a tough go. Only 800 copies of the book are being re-issued, with a few set to be signed by the singer herself and auctioned off in support of her charity Raising Malawi.

The exhibition of photos from the book — which was co-curated by Madonna — takes place at Art Basel in Miami from Nov. 29 to Dec. 4.

Express Yourself: Madonna, 63, Bares All for Charitable NSFW Digital Art Videos Depicting Her as “The Source of Existence”

Madonna Announces She’s Directing and Co-Writing Her Own Biopic

Madonna at 60: The Material Girl Continues to Redefine Stereotypes on Aging