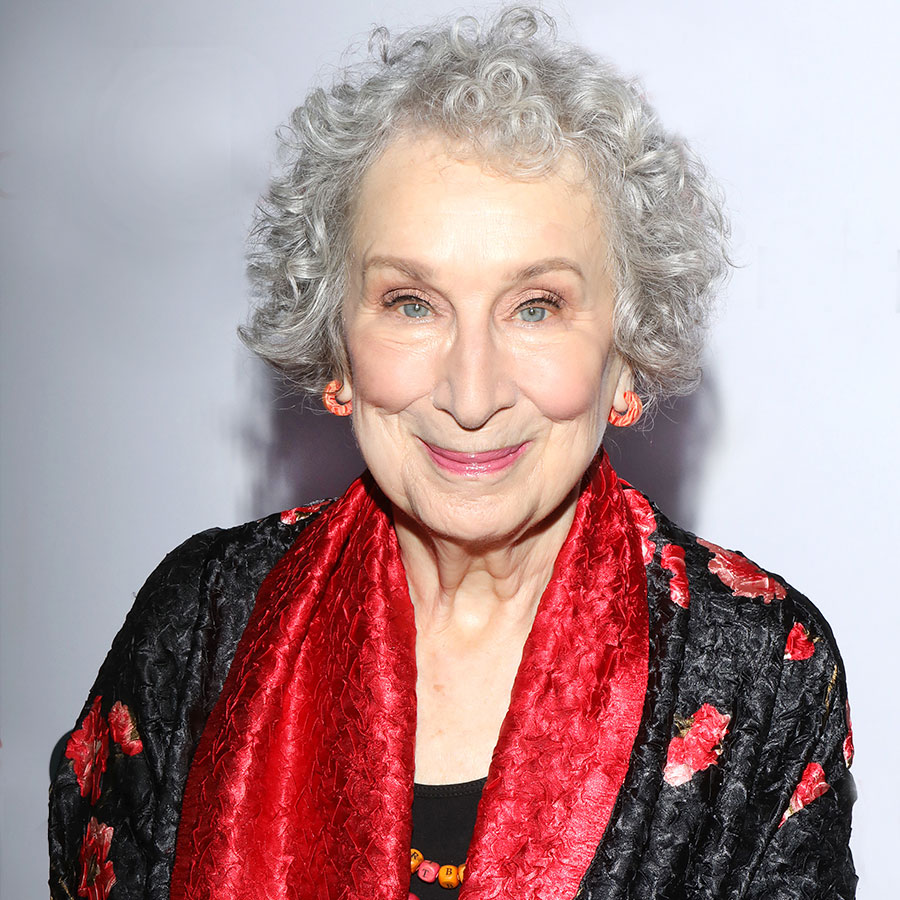 Margaret Atwood — seen here attending this year's Scotiabank Giller Prize award ceremony in Toronto — and Jim Carrey had a bit of fun on Twitter after hearing they had both made Russia's most recent list of banned Canadians. Photo: Jeremy Chan/Getty Images

Margaret Atwood and Jim Carrey seemed more amused than bothered by news that they had been added to a growing list of Canadians barred from entering Russia.

The latest bans, which were announced on Monday by the Russian Foreign Ministry in response to Canada’s sanctions against the country, included 100 Canadians who were said to have involvement in the “formation of an aggressive anti-Russian course.”

Margaret Atwood, 82, was the first to chime in on Twitter about making President Vladimir Putin’s naughty list.

“Banned in Russia! I dunno, was it the Cat Hat?” Atwood asked in a cheeky tweet that tagged Jim Carrey and included a photo of herself wearing a cat toque and holding a Ukraine flag at a demonstration against the war held in Toronto.

“Yes @MargaretAtwood, I’m afraid the worst has happened,” Carrey, 60, said in a thoroughly sarcastic reply. “We’re banned from Russia … but the problems of 100 Canadians don’t amount to a hill of beans in this crazy world! We’ll always have Paris. Here’s looking at you kid.”

“Dang! Jim Carrey and I had planned a little naughty weekend getaway in Moscow,” the legendary writer replied. “Guess it will have to be Kyiv instead.”

There are now more than 1,000 Canadian citizens and companies on Russia’s sanction list.

Carrey first made his feelings on Russia’s invasion of Ukraine known by sharing a political cartoon to Twitter in February.

“It breaks my heart to see innocent people (especially children) put in harm’s way by yet another of history’s grandiose political jerks,” he said in the caption of the illustration of a tattered teddy bear featuring the Ukraine flag’s colours in the background. “Beware the unloved.”

In another tweet, from April, promoting a documentary on Russian opposition leader Alexei Navalny, Carrey commends the politician for standing “up against intolerable evil.

“Navalny himself exposes Czar Putin and his soulless minions in their fiendish conspiracy to poison him, suppress the truth and intimidate the Russian people,” he adds of the film.

“Honoured to be included in Russia’s travel ban along with
Margaret Atwood and Jim Carrey,” she added in another tweet.

Meanwhile, Canada remains steadfast in its support of Ukraine. On Monday, Prime Minister Justin Trudeau announced Canada’s plan to provide $500 million in military assistance to Ukraine, along with the addition of 23 Russians to their own sanction list.