“I Am Always Looking for the Funny”: Scott Thompson On Generational Comedy and Joining the CBC Dramedy ‘Sort Of’ 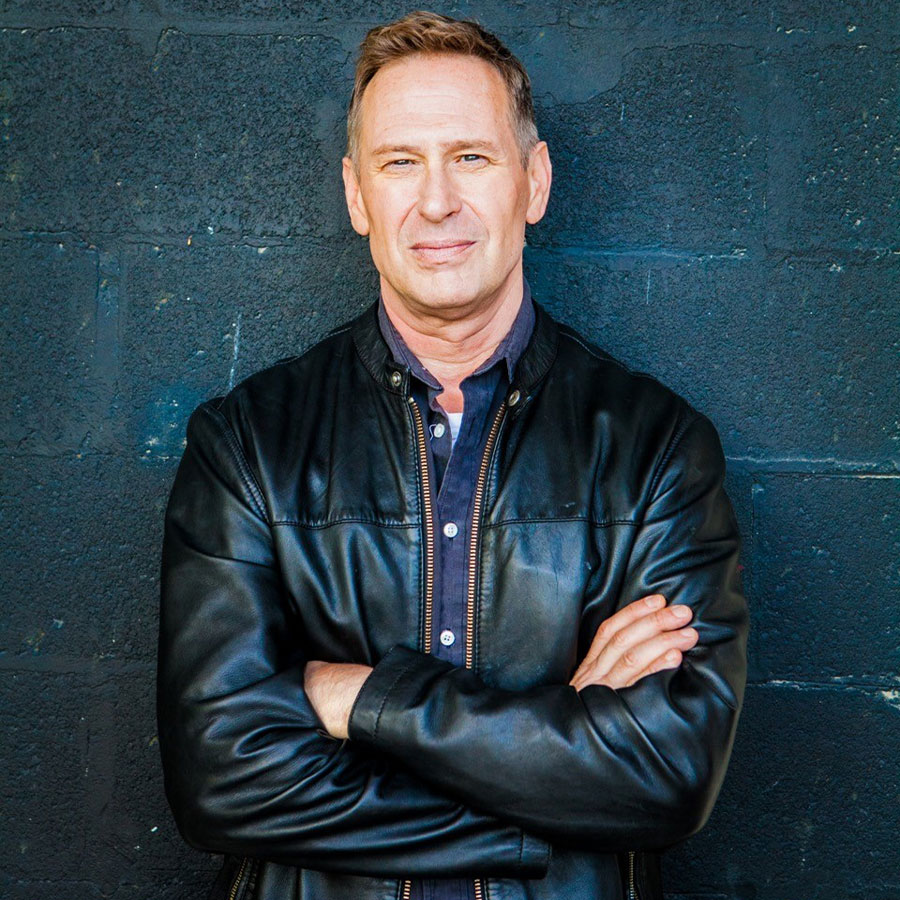 Kids in the Hall alum Scott Thompson co-stars as a gay investor backing a nightclub venture in Season 2 of the CBC dramedy 'Sort Of.' Photo: Courtesy of CBC

It’s hard to imagine an actor better suited to joining the vibrant cast of Sort Of than Canadian actor and comedian Scott Thompson.

Like the hit CBC dramedy, beginning its hotly anticipated second season with two back-to-back episodes airing Nov. 15, Thompson, 63, is an innovator and game-changer, an openly gay actor whose masterful work with sketch comedy giants The Kids in the Hall redefined comedy while influencing legions of others, as the recent documentary, The Kids in the Hall: Comedy Punks, by Toronto director Reg Harkema, made clear.

The trailblazing, shot-in-Toronto Sort Of centres around a queer Pakistani Canadian millennial named Sabi (played by show co-creator Bilal Baig, who, like their character, uses gender-neutral pronouns) and the eclectic characters in their orbit.

These include two children Sabi cares for as a nanny, patrons at the bar/bookstore where they also work, as well as 7ven (Amanda Cordner), their garrulous best friend and confidant.

Sort Of (the first season of which is available to stream for free on CBC Gem) won a prestigious Peabody Award this year “for its blazingly original comedic sensibility and its tender portrait of a queer non-binary individual embracing the multitudes they contain within.” More monumentally, Sort Of is the first Canadian prime time show to star a South Asian, queer Muslim actor.

While the character wasn’t specifically created for Thompson, Sort Of co-creator, executive producer and co-showrunner Fab Filippo confirms the show’s producers immediately thought of casting the dynamic, highly versatile actor for the role. He was hired without an audition.

The 63-year-old is also set to star opposite Arnold Schwarzenegger in the actor-cum-politician’s first-ever scripted television series, an action series headed for Netflix. Though the plot outline and release date have yet to be announced, Thompson confirms he is playing Dr. Louis Pfeffer, Schwarzenegger’s therapist (also mustachioed) in the untitled show, which shot in Toronto this summer.

All this comes on the heels of The Kids in the Hall reboot, which premiered to great fanfare on Amazon Prime Video last spring (the original series ran from 1989 to 1995). It’s fair to say that Thompson, whose many marquee credits include The Larry Sanders Show, is scorching hot right now.

Thompson spoke, with customary candor, to Zoomer from Toronto about playing straight and gay, and why not conflating the two is tantamount to “a war on the imagination.”

KIM HUGHES: How would you describe Sort Of to someone who hasn’t seen it?

SCOTT THOMPSON: It’s not what you would call an overt comedy. I worship comedy. But I also like to act and play all the colours of a role … I am not really dramatic in this. The show can be very funny, but it doesn’t feel like they are playing it comically, which is what I like best — when comedy comes out of real people reacting in a real way.

I am always looking for the funny. And I don’t agree that something transcends comedy. I don’t think comedy can be transcended. No matter how dramatic something is, there is always comedy. Comedy is one of the greatest gifts we have because it allows you to get through anything. That’s how I see it. I think drama is overrated and comedy is underrated. In the darkest of times there is always room for a joke.

KH: Would it be fair to say a show like this could only have come from Canada?

ST: Probably. My generation was brought up to believe in a multicultural world. That was bred in us from day one. Canada is a country that is always an adjunct to other, greater powers. When you’re not the biggest person in the room you have to listen to everyone else. Canada is a listener, and this show tries to listen to everyone. And that to me is a very Canadian value. Plus, it’s not peddling a message or an agenda, which I hate. Agendas are the enemy of storytelling.

KH: What does the success of the show say about mainstream acceptance of LGBTQ2S+ culture?

ST: I doubt you could have pitched this show five years ago. I belong to a different generation and that’s good. The comedy comes from a clash between the two generations and the gulf between them. There are things in this generation I don’t get, and the younger generation doesn’t understand what we went through. In fact, I don’t think society is ready to have the conversation about what happened to my generation. That’s why it’s been paved over: society can’t face it.

KH: Is it liberating to play gay, or do you feel pigeonholed?

ST: As an actor and performer I want to play everything, and I get the greatest joy playing the parts that are furthest from me, playing a character I couldn’t possibly be. That’s the joy of acting. This contemporary idea that actors should be playing roles that reflect their lived experience? I think that’s nonsense. That’s a war on the imagination. Those outside a specific community can bring a more objective eye.

I am playing Bryce as a gay guy, but I am not at all like him. Except maybe that he’s also funny and hates pretension. I would love to be cast as a married man who is a womanizer. So, I’m not about to deny a straight actor the joy of playing gay. The difference is that, until recently, I wasn’t allowed to play those parts, which made me angry for years.

KH: Will you be sticking around for Season 3 of Sort Of? And what about Season 2 of the rebooted Kids in the Hall?

ST: No idea to the first question and looks good but it’s not a done deal to the second. But I imagine I could continue to do both.

KH: What will success look like for you with this show?

ST: Being proud of what I did and feeling as though I contributed to the greatness of the show. I’m really flexing my acting here. Kids in the Hall is different because we write it, we produce it, we don’t direct them, but we work with the directors and always have final say, and we perform them. We are involved with every aspect of the production. You don’t have that when you’re acting. What’s been very nice with Fab and Bilal is that they both know I’m a writer as well and they’ve been very open to me about changing things or improvising. They give me freedom and I like that a lot.

A version this article appeared in the Oct/Nov 2022 issue with the headline ‘The ‘The Kid in the Limelight’, p. 16.

The Kids in the Hall Make Their TV Comeback, But Will It Satisfy Die-Hard Fans?

Emancipation Day: Ngozi Paul Talks Art and the Fragility of Freedom Ahead of CBC Specials