Sylvester Stallone Talks Being an Action Star at 76, His Philosophy on Aging and His New Series ‘Tulsa King’ 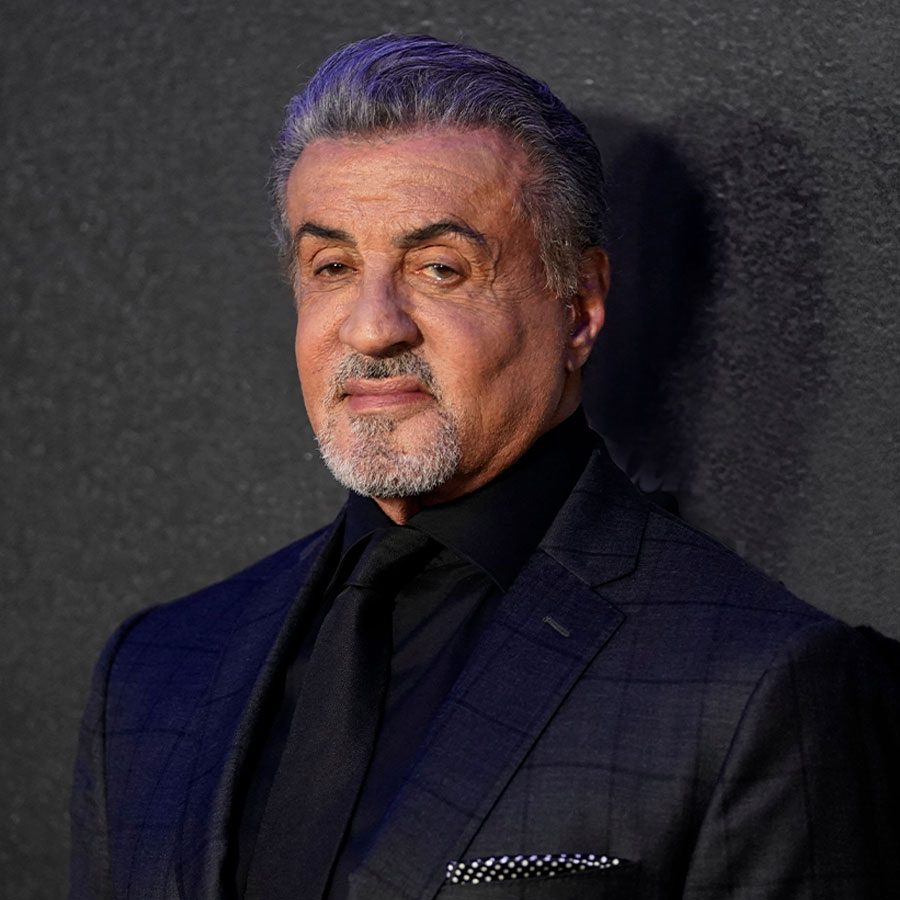 But there are still two things: he’s never starred in a scripted television series and, despite his desire to, he’s never played a gangster.

The 76-year-old checks both of those boxes with Tulsa King, a new Paramount+ crime drama in which he stars as mob captain Dwight Manfredi, who returns from a lengthy prison stint to discover the family is sending him out to set up a racket in Tulsa, Okla.

“He’s exiled,” Stallone says during a recent interview on the phone from Toronto, where he attended the Canadian première screening of the series. “I mean, when you see Tulsa in Oklahoma … this is desolation. And he goes out there lonely, 76 years old, basically like Napoleon going to Elba.”

The audience, as Stallone notes, “gets to see him at this rebirth of a new family. No Italians, everyone’s incredibly diverse, and it brings about a lot of humorous situations. That’s what intrigued me.”

Of course, if you’re going to play a gangster, you may as well surround yourself with people who’ve enjoyed their share of gabagool over the years. To start, the Tulsa King showrunner is Terence Winter, who wrote for, and executive produced, The Sopranos before creating, writing and producing Boardwalk Empire. And the cast is stacked with actors from that world, including Max Casella (Sopranos, Boardwalk Empire), Annabella Sciorra (Sopranos, Godfather of Harlem), Domenick Lombardozzi (A Bronx Tale, Boardwalk Empire, The Irishman) and Vincent Piazza (Sopranos, Boardwalk Empire). Oh and did we mention that the show was created by Taylor Sheridan, who also created Yellowstone and its prequel series 1883?

It’s a group that could help Stallone reach another goal — a hit television show after becoming, according to IMDB, “the only Hollywood star to have box office hit movies in each of five consecutive decades (1970s-2010s).”

So, at 76, is Stallone feeling competitive with himself in that regard, aiming to find similar success on the small screen as he has on the big screen?

“Absolutely. Yeah. I thought it’d be simple, but it’s not. It’s quite complicated,” Stallone admits, noting his “profound” new respect for television stars and the often strenuous pace and uncomfortable conditions they work under. “But I thought this is a great challenge because there’s so many good actors now on streaming series, and some fantastic writers. Before, if you were an actor on television you kind of had a complex. [Laughs.] Now you don’t. These guys are at the top of their game.”

There’s no reason to think that Stallone can’t reinvent himself on the small screen. After all, he reinvented himself on the big screen in the early 2000s, returning as Rocky Balboa in a critically acclaimed sequel of the same name and then launching the Expendables franchise (2010) and Creed trilogy (2015) — a sequel to Rocky Balboa. And Tulsa King isn’t the only television project Stallone has in the works. He’s also revealed that he and his family will be the subjects of an upcoming reality series, from the producers of Keeping Up with The Kardarshians.

Stallone told Zoomer about making the pivot to television as well as why he gets so competitive with younger actors, his philosophy on aging, starring in action movies at 76 and advice for staying ripped like Rocky Balboa as you age.

MIKE CRISOLAGO: There are so many classic gangster portrayals in film and television. Did you have to put your own favourites out of your head to avoid any sort of mimicry in Tulsa King? Or did you use little tidbits from them to inform the character?

SYLVESTER STALLONE: Well, actually I had to kind of desensitize myself so you don’t pick up a speech pattern. There are certain acts like, for example, Tony Soprano — speaks very quickly and the other characters in that (show) each have certain vocal affectations. And I thought, look, my voice is strange enough as it is, so I don’t have to copy anyone. [Laughs.] I’ll just try to remember my lines. That was the hardest thing because I had probably over 420 pages of dialogue.

MC: Was that the biggest challenge in moving from film to television for you?

SS: It’s much faster, much harder because I’ve never seen so many pages of rewrites in my life. So I said, ‘I’ll make it easier. I’ll just rewrite my stuff so I’ll be able to remember it.’ And I know my strengths and my weaknesses when it comes to vocalization. And it worked out really well.

MC: Aside from Tulsa King you’re still starring in action films like Samaritan, and the Expendables franchise. Did you ever imagine you would be playing those sorts of roles at 76?

SS: No. I thought I’d be on a gurney somewhere. [Laughs.] Really, with all the injuries I’ve had, no, I never thought so. And there’s certain things, obviously, I don’t do anymore, but this sort of format presents itself where it’s not like The Expendables or Rambo where we have to run through a jungle. This one I can perform quite comfortably at and still deliver the goods.

MC: Right. And you get to wear nice suits too.

SS: Nice clothes. I’ll tell you that. I feel like sleeping in them. They’re great.

MC: Now, you’ve said before, and I love this quote, that you don’t believe in the concept of “acting your age.” What, then, is your philosophy on aging?

SS: Well, it’s unfortunately a necessary dilemma to get us out of the way for the next generation. But I believe you should go kicking and screaming and take as many gen-Xers as you can with you. [Laughs.] I look at it as a challenge. I mean, okay, are you ready to move me out of the way? So it’s almost — and I know it’s ludicrous — but I think it’s good to be competitive. It’s what I’ve always relied upon. My wife yells at me and says, ‘Why are you so competitive?’ I said, ‘Because it keeps me in the game. It just wakes me up.’ I’m not really competitive, but I like to create this sort of friction and challenge.

MC: You also stay in really great physical shape. What advice would you give for people in their 60s and 70s and beyond for staying healthy and active as we age?

SS: I think you have to understand that the gym has to become like a hobby and not some torture you dread. Because the first three or four weeks are going to be horrible, but then your body’s going to crave it like a drug because it releases certain endorphins and hormones that you don’t get released when you just lay around the house watching repetitive TV shows. You just have to get out there.

Listen, I hate it. So I look at it as a challenge. I’m going to go into there and do it in spite of myself … It’s the only thing that’s going to help you keep that synovial fluid in the joints. Stretching is incredibly important. When you find yourself walking around looking at your shoes all the time, you’re in trouble.

MC: Looking ahead to the future, you’ve achieved your goal of playing a gangster with Tulsa King. What other sorts of characters or roles have you always wanted to play that maybe you still hope to portray in the future?

The Age of the Action Hero: Sylvester Stallone Turns 75 As He and Other Stars Continue to Challenge Perceptions of Aging

The Porter: Alfre Woodard Talks the New Series About 1920s Black Railway Workers and the Role She Was Excited to Play