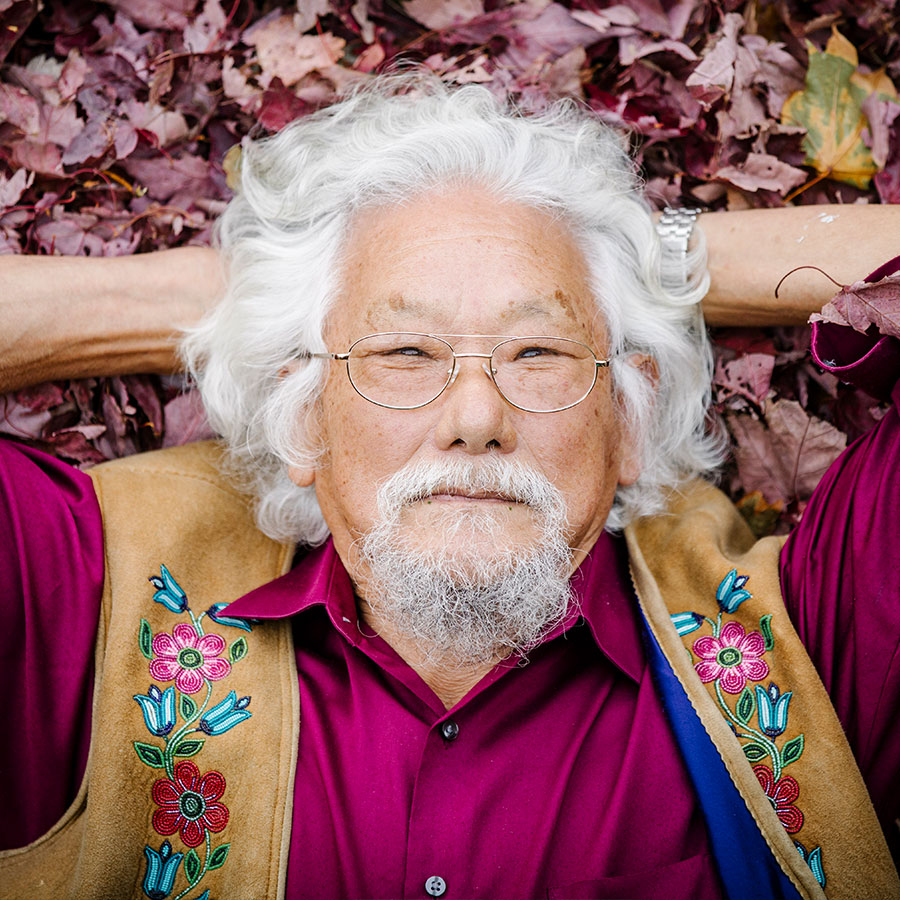 David Suzuki, an in interview on CBC's 'The National,' said that he planned to dedicate his time to continued environmentalism work. Photo: Courtesy of CBC News, The National

The 86-year-old made the announcement during an interview on CBC’s The National, noting that the retirement will come in the spring, during his 43rd year of hosting the popular science program.

“I have been fortunate to have been endowed with good health, which has enabled me to remain the host of the series long after my ‘best before date,’” Suzuki said. “Aging is a natural biological process that creates opportunity for fresher, more imaginative input from younger people and for years, I have warned that to ensure the continuation of The Nature of Things, we must prepare for the transition when I leave. That moment is now.”

The Nature of Things will première its 63rd season on Friday, Jan. 6, 2023, with Suzuki stepping down as host shortly thereafter.

“I hate to call it retirement. I’m just moving on,” Suzuki, who began hosting The Nature of Things in 1979, said in the interview. “This is the most important time in my life.”

That’s because Suzuki plans to focus his energies on environmental activism — a movement, he fears, has failed so far. Part of the reason, unfortunately, is that many have not taken the environmental crisis, which Suzuki has warned about for decades, seriously.

In a 2020 interview with Zoomer, Suzuki noted that, “People come up to me and thank me for what I’ve done, and I say ‘For what?’ I’ve done the best I could, but it hasn’t … we’re going right over the cliff. I don’t feel that it’s had the impact.”

During that interview he recalled a time, a few years earlier, when he held his twin granddaughters in his arms and began weeping because, “I just suddenly realized that all of the things that I’m saying [about the environment] are coming true, and these kids don’t have a chance at living a full life.”

He added that his passion for environmentalism is a fire in his belly “that’s fuelled by a tremendous sadness,” and that “I’m just driven by the acceptance that this is where we’re going. I’m going to do everything I can to try to make a difference in how far we fall over that cliff … that’s all I can do.”

Suzuki, though, has been vocal in his belief that aging offers a measure of freedom to speak one’s truth without worrying about material consequences.

“I don’t have to kiss anybody’s ass in order to get a job or a raise or a promotion. I’m free now, as an elder,” Suzuki said on The National. “As an elder, you’re way beyond worrying about more power or money or fame. We can now speak the truth. We can look back and say ‘this is BS.’”

Though Suzuki began his four-decade run on The Nature of Things in 1979, the series wasn’t his first television show. In a 2021 interview with Zoomer, Suzuki recalled his inaugural appearance on the small screen — hosting an eight-part series about genetics on a local Edmonton television station in 1962.

“Back then, [television] was regarded in a derogatory way by my academic colleagues, who felt I was either on a big trip mouthing off or I had no business being in there talking about science,” Suzuki explained. “So this is why, when I get an honorary degree from a university, I’m really delighted. Because it’s recognition by my academic colleagues that maybe the work was worthwhile.”

That foresight about the potential of television as a medium for scientific engagement led to a storied broadcast career that earned Suzuki honours ranging from the Order of Canada and the Queen Elizabeth II Silver, Gold and Diamond Jubilee Medals to UNESCO’s prestigious Kalinga Prize for “his extraordinary broadcasting and television career that has greatly contributed the popularization of science and has engaged the general public to better understand their natural surroundings.”

And now, in this next stage of life, Suzuki will continue to act on his belief that elders have a duty to share the lifetime of information they’ve accumulated with younger generations.

“I feel, as an elder, I’ve lived a whole life, I’ve had a lot of experiences and it’s my job now as, an elder, to sift through my experiences for those nuggets of lessons that are worth passing on to young people,” Suzuki told Zoomer in 2021. “And I just urge elders to do this. Don’t just sit away and kind of vegetate until you die. You’ve got a job to do. But I think we have to provide them the venue.”

David Suzuki Turns 85: The Canadian Legend on Aging, the Environment and His Ongoing Purpose to Help Save the Planet

“I’ve Done the Best I Could”: A Frank Talk With David Suzuki About the Environment