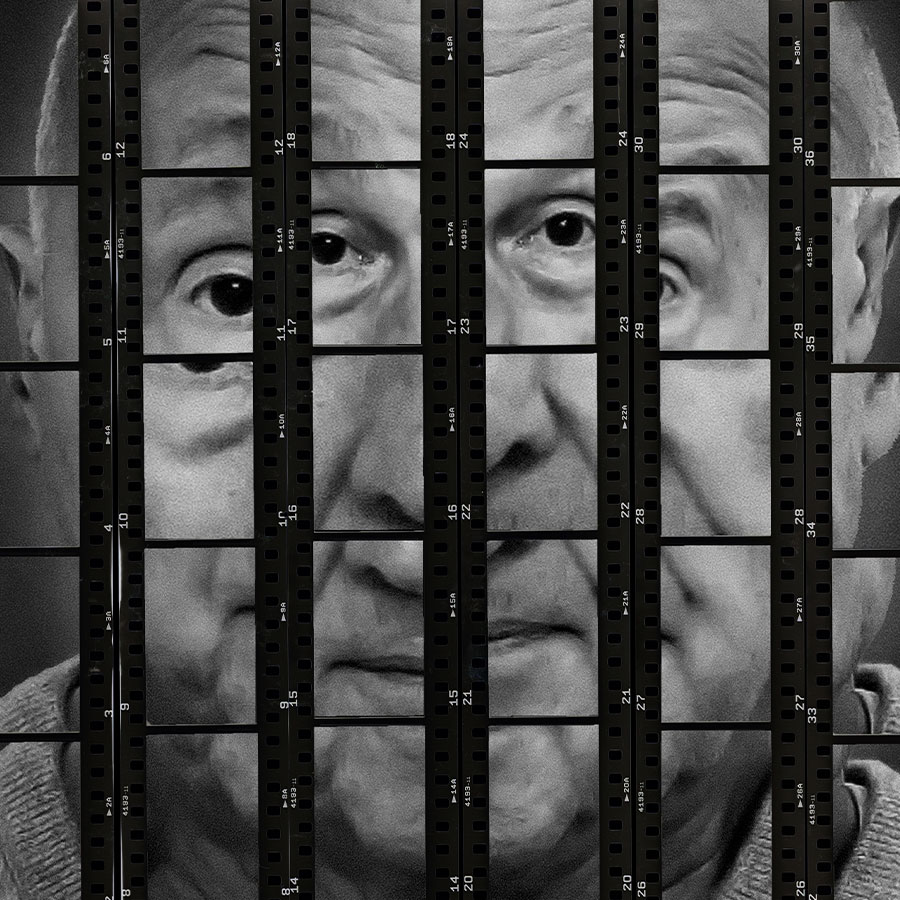 An image of Albert Rosenberg, designed by Josh Sinclair. Rosenberg was dubbed "the Yorkville Swindler" due to his frequenting of the upscale Toronto neighbourhood, as well as his years spent as a con artist. Photo: Courtesy of Melbar Entertainment Group

Crime doesn’t pay, as the saying goes, but stories about criminals and con artists sure do.

Earlier this year, for example, The Tinder Swindler — a Netflix doc about a young man who maintained a luxurious lifestyle by conning women on the eponymous dating app — became, in its debut week, the first documentary to top Netflix’s list of most-watched shows. And that’s just one of numerous recent, and very popular, con artist stories on the streaming service, from the Shonda Rhimes miniseries Inventing Anna, about a fake German heiress in New York, to the music festival con doc Fyre: The Greatest Party That Never Happened.

Of course, the public’s fascination with con artists isn’t new. Check out famed con man Frank Abagnale’s 1978 appearance on The Tonight Show Starring Johnny Carson — a segment that saw Abagnale captivate the audience (and Carson himself) with stories that ranged from impersonating a Pan Am pilot to cashing more than $2 million in bad cheques. Nearly a quarter century later, Steven Spielberg made Abagnale’s story into the hit 2002 movie Catch Me If You Can.

Now, the latest entry into the con artist cultural lexicon comes courtesy of award-winning Canadian documentarian-producer Barry Avrich. The Talented Mr. Rosenberg — which debuted at Hot Docs earlier this year and premières on CBC and CBC Gem on Oct. 21 — chronicles the life of Albert Rosenberg, a suave, charming, roughly 79-year-old (you can never be too sure with him) con man dubbed “the Yorkville Swindler,” named after the upscale Toronto neighbourhood where he lives and socializes.

Since the ’80s Rosenberg’s done jail time in Canada and in Europe for a variety of cons, mostly centred around art and investment fraud and romance scams. Avrich became fascinated with his story after reading a 2015 Toronto Life profile about him and, upon seeing Rosenberg in Yorkville numerous times, reached out about making a documentary about his life.

“Literally, my pitch to him was, ‘Would you like tell your side of the story?’” Avrich, 59, said during a recent phone call from Toronto. “We went for lunch. And he’s what every sort of great con is — extraordinarily charming. But he finally agreed to sit down [for the doc]. It didn’t take a lot.”

What sets The Talented Mr. Rosenberg apart from most other con artist documentaries is the fact that Avrich actually interviews his subject in the film. Rosenberg works his con in real time for the cameras, telling his side of the story (“The truth is that I did commit those crimes … but not to the extent that people are saying.”) while Avrich calls out his lies off-camera and presents interviews with some of his victims — including one of Rosenberg’s ex-wives and a daughter.

Avrich spoke to Zoomer about The Talented Mr. Rosenberg and the challenges of finding the truth while confronting a con man on his lies.

MIKE CRISOLAGO: Tell me about the challenge, or perhaps enjoyment, of making a documentary and digging for the truth with someone whose life is the antithesis of truth.

BARRY AVRICH: I’ve had my share of filming and interviewing grifters, rogues and other crazy people. So I did find him an interesting challenge. And one of my producers, Caitlin Cheddie, was sitting next to me as I was interviewing him and I could just almost keep hearing her fact check as he was saying things. … If he tells so many lies, how do you keep them all straight? And I think at some point, with a mixture of both age and the plethora of lies, one stacked on the next, you sort of lose count of reality and the facts. There’s no question.

MC: As a documentarian in that scenario, then, you must be walking a fine line between showing the audience that charming side of Rosenberg so they understand how his cons were so successful without actually glamorizing him or his criminal exploits.

BA: It’s such a great question, and it’s true. And that becomes sort of the Rubik’s Cube within the editing room of ensuring that there is the right balance of the crimes that he committed, as well as the entertainment value. And so there is a message in the film, and we end on that, making sure that the victims — not only his own daughter, but also his former wife — give that strong message of ‘Don’t be conned by him.’ The film ends there. So it was a balancing act to make sure that people really understood how dangerous he is and, at the same time, there is comedy in him.

And I think that’s really an analysis of the psychology of this person. I love his line in the film when I said, ‘Is your name Allen or Albert?’ And he said, ‘Well, when I do things legally, it’s Albert.’ What? Okay.

MC: Films about cons and con artists are so popular at the moment. But at the same time, there’s long been a public infatuation with con artist stories. Why do you think that we as a society are just so fascinated with people like this, and their criminal exploits?

BA: Every pitch that I now have with streamers and networks, whether it be Canada or in the United States, or even in Europe, the No. 1 thing they’re looking for is crime. And the numbers, in terms of viewership and streaming and television, are through the roof in terms of true crime. People love true crime. I think it lets them salaciously depart from their own lives and put themselves in a seat of something they’d never do, but they’d love to know what it feels like.

You know, you can go back to why do people love the early films like Bonnie and Clyde? You went on a journey with two people that are somewhat glamorous. … But I think, more importantly, it really allows people to get a glimpse and put themselves in that seat for a moment, without any of the criminal repercussions that they might have if they actually did it.

MC: This is your 60th documentary, and the subject matter you’ve covered in the past — from Hollywood heavyweights to Nuremberg prosecutors to jazz musicians — is so varied. What, or whose, stories would you still like to tell?

BA: Well, two people that are cultural phenomenons I’m interested in. One is Barbra Streisand. And she knows. And I’m interested in her as she turns 80 in the triple threat of her as an actor, performer and a director/producer. I’m fascinated with her elusiveness and her extraordinary talent and what makes her tick. And maybe one day she’ll consent. And then on that same sort of cultural vein, I’m interested in Tom Ford as well. I also find him, much like Barbra, this triple thread of a designer, director, writer. And so I’m interested in him as well, and he also knows I’m interested. So, I will keep circling around and hopefully the time is right. But I’m not a filmmaker that goes, ‘If somebody else ends up doing it, I lost an opportunity.’ If somebody’s story gets told, I’m happy.

MC: As for The Talented Mr. Rosenberg, what message do you hope viewers take from the documentary?

BA: I mean, everyone’s looking for love or the next great investment. Do your research. It’s not an old story. There’s nothing profound in the advice other than just reminding people that there’s a con artist around the corner. And you just have to sort of be careful. Nothing is as good as it seems. And, you know, just escape from your life for a little while and watch this and hopefully walk away and learn something about yourself and this man.

The Talented Mr. Rosenberg premieres on CBC and CBC Gem on Oct. 21.