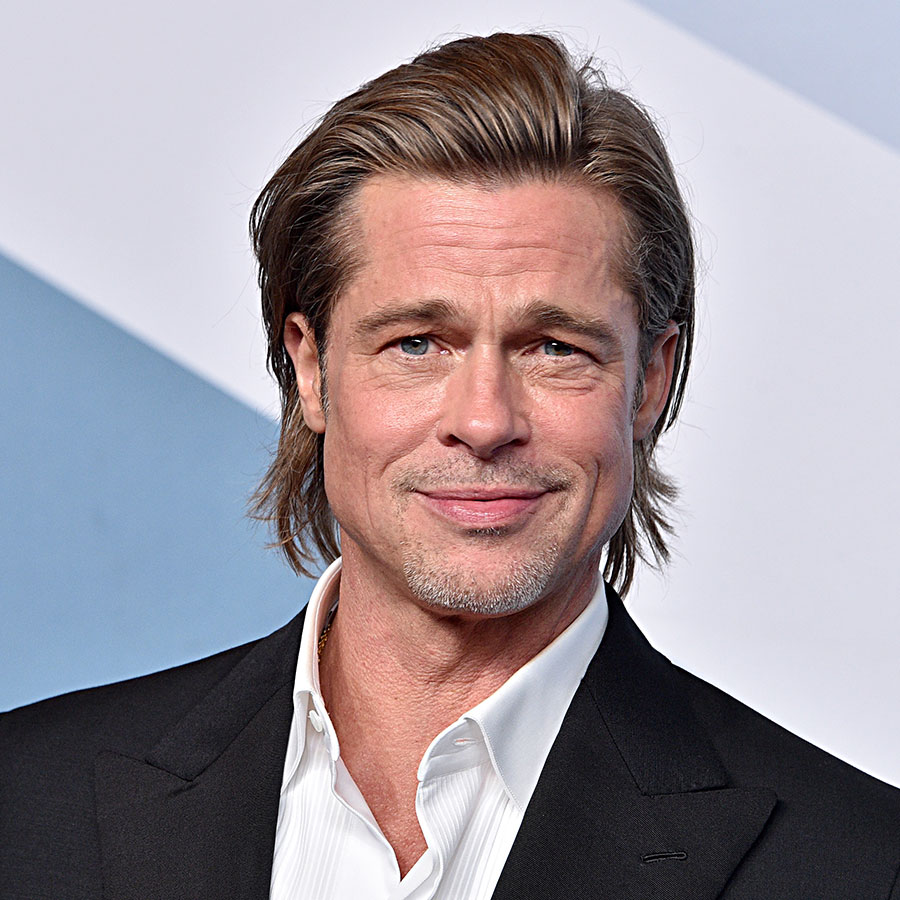 Brad Pitt, seen here at the Screen Actors Guild Awards in 2020, is a serial entrepreneur in addition to his acting and sculpting passions. Photo: Gregg DeGuire/Getty Images for Turner

In an unexpected turn of the celebrity beauty brand game, Brad Pitt announced this week that he is now a skin care influencer with his own line, Le Domaine. In an exclusive interview with Vogue, Pitt drew attention straight to the obvious inspiration — his former flame Gwyneth Paltrow, who has created her own beauty and lifestyle empire.

“I love what Gwyneth has done with Goop,” was the quote that went viral on his launch day.

Pitt, who turns 59 in December, is a serial entrepreneur in addition to his career as a movie star, and on top of his sideline as a sculptor (who also had a much-touted art show open Wednesday in Finland alongside works by singer Nick Cave and Finnish artist Thomas Houseago; Pitt’s work is being very well reviewed). His other business ventures include co-founding the production company Plan B Entertainment in 2001 and, earlier this month, launching a line of luxury cashmere clothes.

Meanwhile, the French moniker Le Domaine is on purpose, as it is a partnership with the vintner family with which he produces his famous Miraval rosé wines. His Château Miraval, the property he once shared with ex Angelina Jolie and their brood of six in the south of France, has been in the courts and the papers recently as the two have had legal tussles over Jolie’s sale of her half of the vast home, property and its winery business. The château is also the home of the famed Miraval recording studios, which Pitt was set to reopen this year.

But this is not just Pitt sticking his name on a product and appearing in its ads; though, indeed, he has declined to be the “face” of the brand. It works, it really works, he says, telling Vogue, “I know there are new products nearly every day that people are trying to launch, but if I hadn’t seen a real difference visually in my skin, we wouldn’t have bothered.”

The technology behind it, he says, has been in development for a dozen years with the Perrin family, who own the Beaucastel winery (and produce the Miraval wines). Grapes are renowned for their anti-oxidant properties. Le Domaine is based on, Pitt shares, 15 years of research that determined Syrah, Mourvedre and Grenache grapes are the best choice to fight oxidative stress on skin.

Le Domaine is genderless, and the packaging features a neat detail: lids made from recycled wine casks. The product, reports Pitt, is 96 per cent natural and vegan, with sustainability as a mantra. “Throughout the ages, Château Miraval has always been this hub of creativity,” he told Vogue. “It has so many places within it where you want to sit and think and expand and explore, and make beautiful things.”

To that end, he also makes olive oil and honey there, and sells truffles from the property.

Pitt admitted to the fashion bible that he has not always been a dutiful steward of his own skin care. He shared that it was Paltrow, in fact, who likely taught him he had to clean his skin twice a day, back in the day. We learned too that he has had the same makeup artist for 30 years — Jean Black — and that she has also been integral in helping him learn to keep his skin healthy. His very public 2019 legal separation from Jolie, which involved allegations of drunken rage on a private jet with their kids aboard, led the Academy Award-winner to commit to a life of sobriety, which no doubt also will show up in a healthy natural glow.

The Le Domaine line consists of serum, cream, fluid cream and cleansing emulsion. On its own site, the items are prices at between US$80 and US$385 ($108 and $520). And so, in lieu of weak Benjamin Button jokes about aging backwards, we will let Pitt have the last word here.

This is the pull quote from the skincare shop: “The goal is to imitate the cycles of nature, its primeval beauty. There is no waste in nature. Anything left over or discarded becomes food for something else. This exemplary circular system is the inspiration for Le Domaine.”

Signs Your Skin Is Aging Faster Than You Are

Above the Mask: Innovative Eye Creams For Her and Him

Gwyneth Paltrow: Why All the Hate for the Oscar-Winner-Turned-Wellness-Guru?