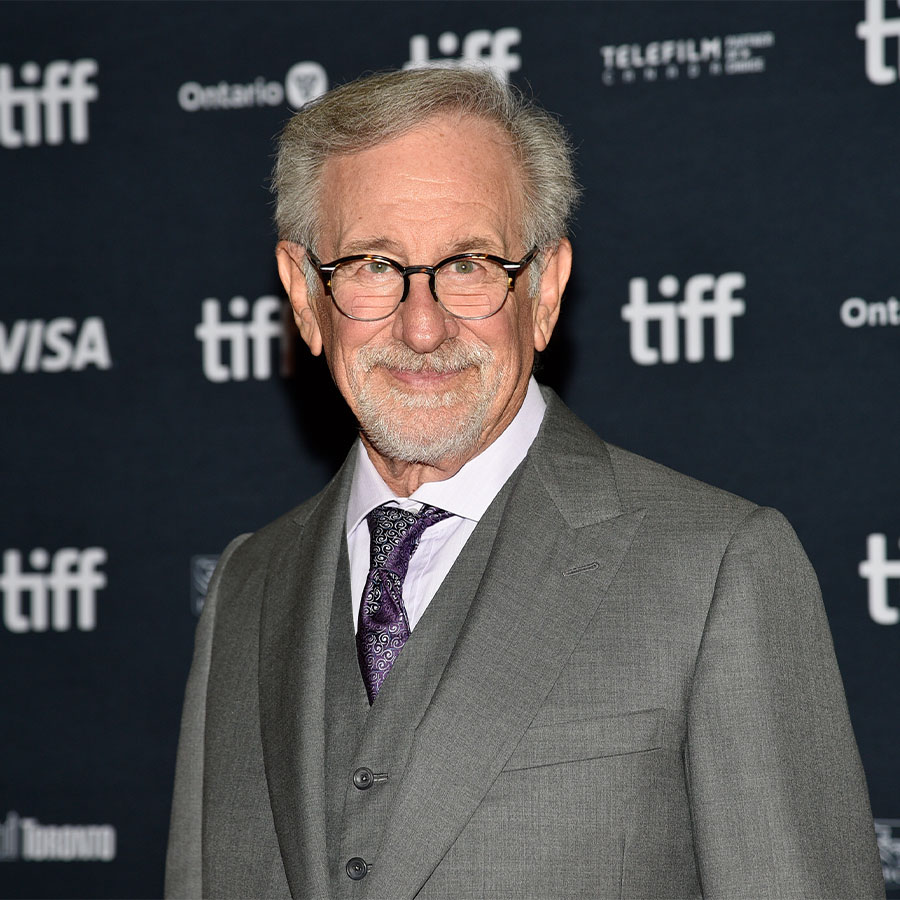 Director Steven Spielberg attends the première of 'The Fabelmans' at the Princess of Wales Theatre during the 2022 Toronto International Film Festival on Sept. 10, 2022. The autobiographical film brought Spielberg to TIFF for the first time in his illustrious career. Photo: Evan Agostini/Invision/AP/Getty Images

Steven Spielberg is one of the world’s most successful and respected directors, boasting a roster of films that bring back memories of different eras of my life. I was 13 when I first saw Jaws, with my best friend and my brother. We screamed and clung to each other with every jump scare. That music … that shark! ET, The Colour Purple, Raiders of the Lost Ark, Jurassic Park, Schindler’s List … these are just a few of the films that make up his legacy.

Yet, who would have thought that this Hollywood legend — who became one of the most influential and celebrated directors of all time — could not get into the UCLA film program as an aspiring filmmaker? He simply did not have the grades. In the 2017 HB0 documentary, Spielberg, he admits to having to go to a state college after being turned down by prestigious film schools. It seems miraculous, then, that his staggering talent was developed through his own passion and innate ability.

And now, Spielberg, 75, is finally sharing perhaps his most personal big screen story yet — a semi-autobiographical film called The Fabelmans, which details his early years growing up with his family in post-Second World War Arizona. The film, which made its world première at the Toronto International Film Festival this week — and, incredibly, marks Spielberg’s first ever TIFF appearance — illustrates  the difficulties of being a Jewish family living in a completely non-Jewish community. All of his grandparents were from Ukraine and, as he noted at a TIFF press conference, “I grew up with accents.” The film shows how his family dynamics played a role in developing his passion for filmmaking and chronicles his early attempts to make movies.

Making a film about his life, however, has been on Spielberg’s mind for a long time. But like many artists, when it comes to mining personal material, one fears a negative reaction from those closest to you. It’s likely no coincidence, then, that this film premièred after his parents’ deaths.

What Would Mom and Dad Think?

The earliest incarnation of The Fabelmans was a screenplay written by Anne Spielberg, one of Steven’s three sisters, entitled “I’ll Be Home.” In a 1999 article that appeared in the New York Times Magazine, Spielberg mentioned that he had been considering making a film about his childhood based on her screenplay for years. “My big fear”, he explained, “is that mom and dad won’t like it and will think it is an insult…”

The screenplay of The Fabelmans was eventually co-written by Spielberg and his longtime collaborator, Tony Kushner, 66, the Pulitzer Prize-winning playwright of Angels in America. During a Q&A at TIFF, Spielberg suggested that the pandemic gave him the push he needed to make this film. He felt it was now or never, during the early dark times, especially as he was over 70 and part of the higher risk age group.

“As things got worse and worse, I felt if I was going to leave anything behind, what was the thing that I really needed to resolve and unpack?” he explained.

Spielberg had a lot of time on his hands during the lockdown period, so he met with Kushner several times a week on Zoom in order to write the screenplay together.

Although Spielberg had never overtly shared details about himself on film, it has been noted that there are references in some of his movies to the breakdown of his family, and divorce. Last April, at a Turner Classic Movies Film Festival event celebrating the 40th anniversary of ET, Spielberg confirmed that he was thinking about his parents’ divorce when he made ET.

“Divorce creates great responsibility. If you have siblings, we all take care of each other. And what if Elliott, or the kid — I hadn’t quite dreamed up his name yet — for the first time in his life becomes responsible for a life form, to fill the gap in his heart?,” he said. Spielberg added, “It certainly has come out in a lot of my movies, both indirectly and subconsciously. And in the latest film that I’ve just made [The Fabelmans], it comes out very directly.”

It is no secret that Spielberg had a difficult transition into adulthood. He has talked about being awkward and shy as a youngster, as well as the pain of his parents’ divorce. He also went through periods of estrangement from his father, which he regrets. This has all been alluded to before but he is now actually playing it out for us with his camera —  bringing to life the pain and joy that he is now, finally, ready to share with his audience.

During the post-screening Q&A at the TiFF première of The Fabelmans, Spielberg admits that found the process of delving into his teenage experiences that led him into filmmaking as the most “daunting” project of his career.” He also acknowledged his co-writer, Kushner, as playing the role of “therapist” in helping him to unload his memories.

The cast of The Fabelmans consists of Michelle Williams, Paul Dano, Seth Rogen and Judd Hirsch. Meanwhile, legendary composer John Williams, 90, who has scored numerous Spielberg films from Jaws to Saving Private Ryan, came out of retirement in order to work with Spielberg one last time on this film.

As for who plays Sammy, the character that represents Spielberg in the film, that breakout role went to 19-year-old Canadian actor Gabriel LaBelle. At the TIFF press conference, fellow Canadian Seth Rogen talked about the pressure of playing the role as “Uncle Benny,” the catalyst for some of the most painful situations in the film. This led to a discussion about how emotional the material was, and the pressure on the actors to ensure that their characters reflected Spielberg’s memories accurately. Rogan remarked: “He wouldn’t cast me if the didn’t think I can do this.” He added, “It was a lot of pressure … you fully have to understand the conflict at play and there’s so many layers to it.”

Rogen also described the experience of making this film as being challenging for Spielberg. “And every time I’m like, ‘Did this happen?’ And every time the answer was ‘Yes.’ And you could see he was having a very emotional experience, which really just made me want to do a good job.”

During the same post screening chat, Spielberg acknowledged how emotionally draining the process was. “Some of it was very hard to get through”, he said.

A burning question today, though, is how did Cameron Bailey, TIFF CEO, pull off the coup of landing the world première of The Fabelmans — which also marks Spielberg’s first ever appearance at TIFF?

According to Screen Daily, there are two reasons Bailey was able to lure Spielberg to TIFF. First, he had a good relationship with the Universal Pictures marketing team and sent them his personal invitation to bring The Fabelmans to the fest. In fact, they forwarded his invite to Spielberg himself.

Bailey also discussed being a lifelong Spielberg superfan ever since coming to Canada from Barbados at age 8 and having his first filmgoing experience at a drive-in watching Jaws.

With the success of this thinly veiled autobiography being so important to the auteur, showing it at TIFF — an audience-friendly festival where the most important prize is the People’s Choice Award — makes sense. He was able to do a soft launch to the public through numerous showings, well in advance of the official theatrical opening in November, and in time for Oscar consideration.

The Fabelmans, for Spielberg, seems to be many things: a chance to share his personal experience to the world, an effort to do justice to his family and a therapeutic exercise for the man himself. He seems very happy to have completed this film. At the press conference, he quipped: “It was such a relief, now I don’t have to write a book.”

Buffy Sainte-Marie Talks Aging, Activism and the TIFF Documentary About Her Life