Balmoral Bound: How ‘The Crown’ Turned Up the Drama of Real-Life Royal History on the Scottish Estate 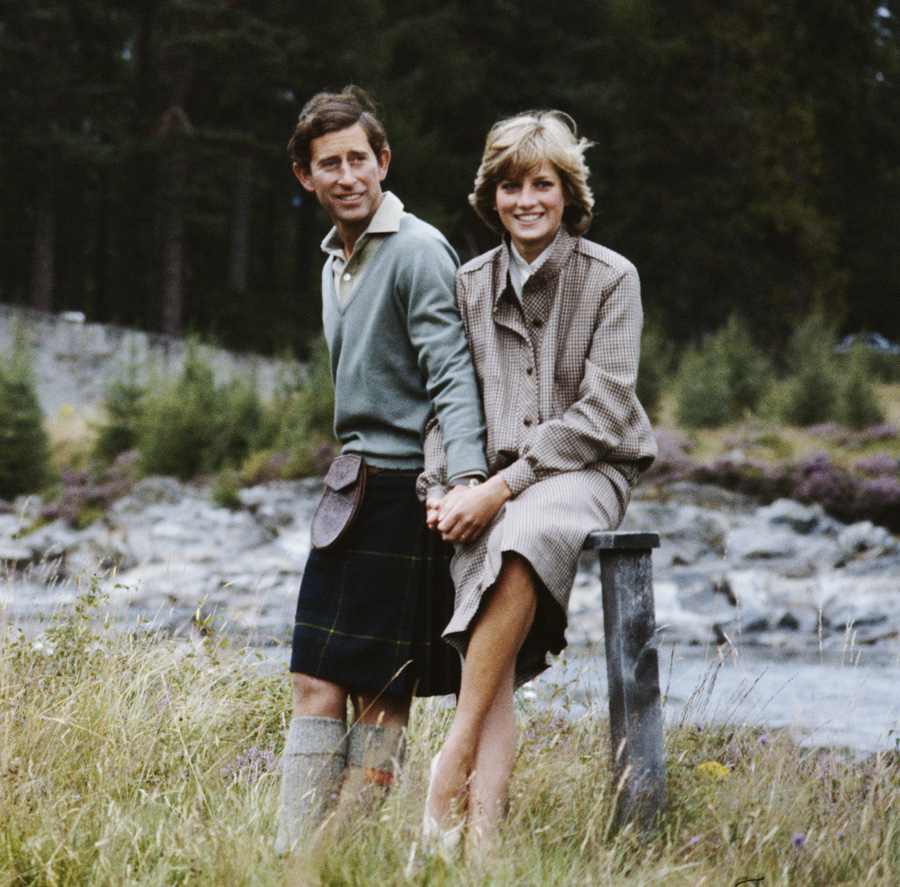 'The Crown' Season 4 brings viewers to Scotland's Balmoral Castle — site of more than a century of royal history including Prince Charles and Princess Diana's 1981 honeymoon (above). Photo by Serge Lemoine/Getty Images

With the passing of Queen Elizabeth II at the Royal Family’s Balmoral estate on Thursday (Sept. 8), we revisit our 2020 story contrasting the real and dramatized depictions of the historic residence as it made its debut on Season 4 of the Netflix series The Crown — which has paused filming on its upcoming fifth season in the wake of the monarch’s death.

It does not take long for the whoosh of history to bring us to Scotland in the fourth season of The Crown — which premiered on Sunday on Netflix and drops us down on a castle that sits on 20,000 hectares of Highlands terrain. Having served as a sound stage of sorts for the triumphs and tragedies of the British Royal Family since 1848 — when Prince Albert decided to purchase the estate for his bride, Queen Victoria — it has long thought to be the preferred residence of the current monarch and also the place she lands for the summer every year.

Think: Margaret Thatcher and Diana, Princess of Wales, too. Two women who loomed over the 1980s more than almost any on the planet, caught in a British ring-around-the-rosie with the Queen herself, as The Crown now makes amply clear. Two women, who at different points around the same time, were summoned to Balmoral — with different results.

The Thatcher visit in the show comes near the start of her transformative election as prime minister and yet, here at the estate in Aberdeenshire, the Iron Lady is more like Try-Hard Lady. Played to the hilt by Gillian Anderson — all grand bouffant and hair-dryer-hum throatiness — we’re reminded that she is, beyond the bravado, still the shopkeeper’s daughter who took elocution lessons to poshify herself and repeatedly failed the Balmoral Test (a marathon of social proprieties people must pass to show whether they are U or not-U, as goes the upper-class shorthand). The Thatchers dress all wrong. They overcompensate. They say things like “I beg your pardon,” to which Princess Margaret pinches, “Begging for anything is common.”

Ultimately, though, show creator Peter Morgan is here neatly setting up a clash that’s a larger theme of his grandiose series now in mid-flow (it is expected to go six seasons): the Windsors, with their wellies and their Morse code of snobbery, represent the past, while someone like Thatcher, the future. It is all brought to flower when, in one of the sitting prime minister’s regular meetings with Her Majesty — played by Olivia Colman — Thatcher alludes to that she prefers grit over privilege or entitlement and that she seeks to reshape Britain in that manner.

That conversation takes us to a place that The Crown has taken us many times since it kicked off in 2016 with the abdication of Edward and the coronation of Elizabeth. For all its splendid pageantry, this is, ultimately, a show about power: how it is wielded and how it’s granted. Also: how persuasion is sculpted and compromises contorted.

Diana’s virgin trip to Balmoral, meanwhile? A whole other tale. Arriving with Charles, in the very early days of their courtship — she in the vestiges of her Shy Di era – the beauty (played by newcomer Emma Corrin) charms the pants off the other royals and seems entirely comfortable with country life. It is a part of The Crown steeped in irony — especially for royal watchers who know how much the Princess would come to resent anything to do with royal rustic ventures — and one also riven with foreshadowing, given the role Balmoral would play in years to come. It is, after all, the place where the Wales duo would come after their honeymoon, when cracks were already beginning to show and also the castle where their sons, Harry and William, would be staying in 1997 when the news reached them that Mummy had died.

This much is certain, though: that first visit to Balmoral put much in motion, including the push by much of the clan for Charles to put a wrap at last on his bachelor days and, in Diana, make a suitable queen-in-waiting. Hindsight? 20/20, of course. Showing a flair that this series is known for, we get a very droll Who’s-on-First? phone-tag scene between the Queen, the Queen Mother, Margaret and Anne, when they kibbitz about the proposal, when it happens, which later turns into a nighttime tableau of Di on the town, with her chums, celebrating her engagement. It ends with a kind of “Girls Just Want to Have Fun” montage, except with these chicks gaily humming “God Save the Queen.” Like so much of The Crown, the fabulousity cuts with a steak knife — those dark underpinnings of any fairy tale.

As has been the case with all its seasons, the show braids the political with the personal — this go-round, we get a taste of the Falkland Wars, as well as the fury around apartheid in South Africa — but, as always, some of its more complicated pleasures come via the shifting intra-Windsor dynamics. In episode 4, for instance, there is a sense of Princess Anne’s aggrievement over the attention that her glamorous new sister-in-law, Diana, is getting, bringing home the idea of how — long before the present-day tug between Kate and Meghan — ladies of The Firm have been lodged in a snow globe of competition. She is the only other young female royal, Anne gripes, so we are always compared.

Likewise, we get an interesting peek into the built-in competition between Charles and his father, Philip, following the IRA assassination of Lord Mountbatten. This because, where “Uncle Dickie” is concerned, he was a surrogate father to both, at different periods, and that transference affects their relationship to this day.

England is changing, irretrievably so, in the ’80s, as is the whole royal motley crew. With time winnowing for many (like Margaret, who is both loveless and moorless at this point) and others emerging for their first time in the sun (there is one eerie scene involving Prince Andrew), certain clouds are irrevocably beginning to form. The royal thunders of the 1990s await.

A version of this article appeared in the Jan/Feb 2021 issue with the headline, “Balmoral Bound,” p. 41.

“The Crown”: Everything You Need to Know Ahead of the Season 4 Premiere