42 Years After Terry Fox Ended His Marathon of Hope, Revisiting Our Conversation With His Brother, Fred Fox 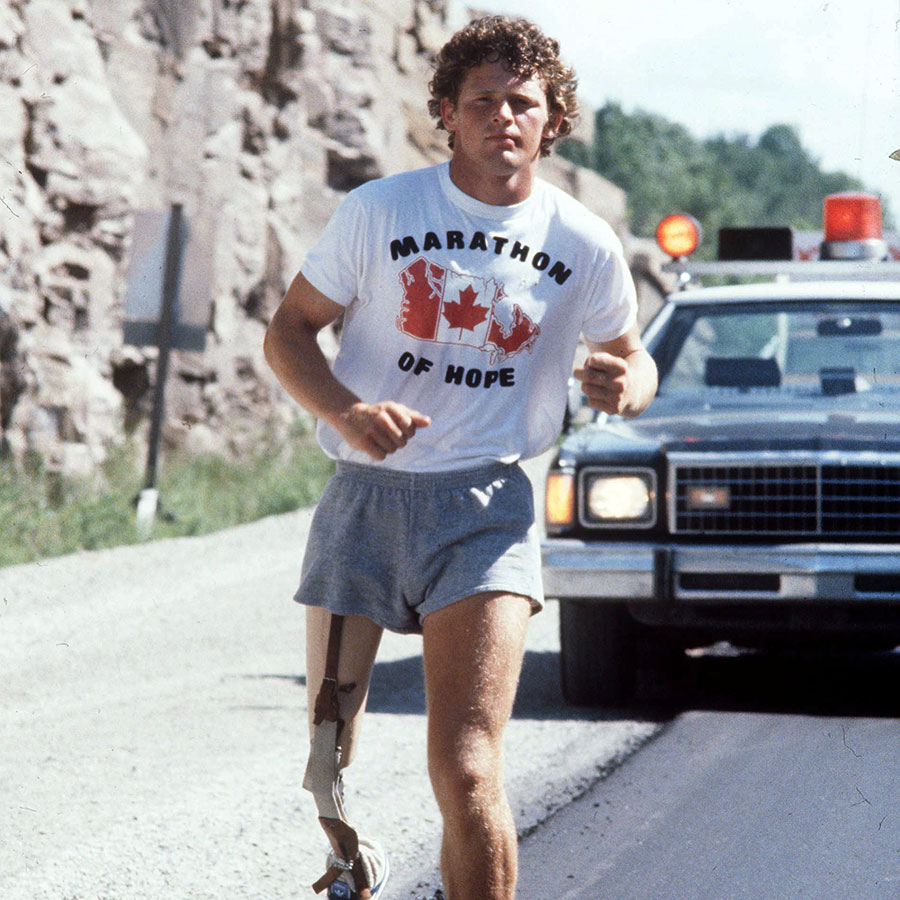 Fred Fox says his brother, Terry Fox, seen above running his Marathon of Hope in 1980, was focussed on "cancer research and helping others and he'd be so proud of where we are today with all of that." Photo: CP Images

On this day, 42 years ago, Terry Fox ended his cross-Canada Marathon of Hope on a stretch of road near Thunder Bay. At that point, he had run almost 42 kilometres every day for more than four months, but by kilometre 5, 373, the cancer he’d been fighting spread to his lungs, and he was forced to stop running after experiencing pain in his chest.

Before his death the following summer at the age of 22, Terry had achieved his goal of raising $1 for every Canadian. More importantly, his run would become an annual event in Canada, raising more than $850 million through the Terry Fox Foundation since 1980.

Here, we revisit our 2021 conversation with Terry’s brother, Fred Fox, who chatted with us ahead of the Terry Fox: The Power of One nationwide broadcast — which aired in support of the new Marathon of Hope Cancer Centres Network — about his brother’s enduring legacy and his favourite childhood memories with Terry.

Watch Terry Fox: The Power of One Broadcast

On Monday, Aug. 9, 2021, Terry Fox’s message of resilience and desire to find a cure for cancer came to the fore again with Terry Fox: The Power of One, a nationwide broadcast event featuring performances and appearances from notable Canadians such as Catherine O’Hara, Tom Cochrane, Rick Mercer, Alessia Cara, Darryl Sittler, William Prince, Hayley Wickenheiser, Prime Minister Justin Trudeau and more in support of the new Marathon of Hope Cancer Centres Network.

The Marathon of Hope Cancer Centres Network is described by the Terry Fox: The Power of One website as “a powerful collaboration of Canada’s best cancer researchers to accelerate precision medicine by sharing knowledge and resources, and building a new, accessible cancer data platform to deliver the best possible outcome for each cancer patient, no matter where they live.”

“That’s why he was running,” Fred Fox said. “Terry wasn’t about statues or schools or roads or anything being named after him, or all the different honours. It was about cancer research and helping others and he’d be so proud of where we are today with all of that.”

Some of the performers on the broadcast had a personal connection to Fox, like Toronto Maple Leaf great Darryl Sittler. “Terry saw him in Toronto when he arrived in Toronto [during the Marathon of Hope]” Fred Fox noted. “Darryl gave him his All Star jersey.” And Tom Cochrane once told Zoomer about how an encounter with Fox during the Marathon of Hope inspired him to continue to follow his musical dreams when he was broke and wanted to quit.

“We’re [he and his band] driving back from Winnipeg to Toronto and I’m wondering, ‘Why the heck am I doing this? Sleeping in the back of the station wagon, we’re taking turns driving,’” Cochrane explained in 2015. “And outside of Thunder Bay, traffic stops and the rain’s pouring down and [I] look out the window and this police car goes by and then slowly, out of the drizzle, comes this one-legged boy running. And you wonder whether it’s tears or whether it’s rain running down his face, and he’s looking ashen, [and] you can see the pain but you can see the courage in his face. And that was the last day he ran. And it hit me like a ton of bricks.”

Cochrane added that, “It was a moving experience, and I thought, ‘How tough is my gig? How can I complain about this? I’m able to make music. I’m making people happy with the music.’ And it sort of changed my outlook on life. It was one of those markers that you pay attention to and you go, ‘I’m going to keep at this for a little while longer.’ So it was a powerful experience.”

Fred Fox discussed Terry Fox’s enduring legacy and his own favourite childhood memories with his brother with Zoomer.

MIKE CRISOLAGO: How does it feel to know that your brother’s legacy lives on so many decades later?

FRED FOX: You’ve got to pinch yourself a little bit sometimes and, first of all, try to realize that it’s been 41 years [since] Terry was running the Marathon of Hope. But it’s how Terry has inspired Canadians of all ages, of all different generations now. It’s amazing. And I think every Canadian sees a little bit of Terry in themselves … I think Terry’s story shows that, as he said all the time, ‘Anything is possible if you try.’

MC: You accompanied Terry during a few different stretches of his Marathon of Hope. Did you get the sense that he understood how much his message was resonating with Canadians?

FF: I think once he started in Newfoundland, and he saw how well he was being received in Newfoundland in the Maritime provinces and through Quebec, that he knew every step of the way the momentum was growing and the interest was there. And then, of course, once he got to southern Ontario, I think … being at Nathan Phillips Square and talking to 10,000 people, I think he realized then that his message was getting through to people and his message was having an impact. And I think it made him that much more determined to get home.

MC: When you look at the line-up for Terry Fox: The Power of One broadcast, can you tell us a little bit about what fans can expect from the evening?

FF: It’s going to be people’s stories, their contributions, but also that of common, ordinary Canadians. And that’s what Terry would want. That’s who he was running for. So it’s going to be a wonderful night of stories, of music, so much going on.

MC: Looking back at your own life with your brother Terry, what fond memories come to mind for you when you think of your brother?

FF: My memories have nothing to do with the Marathon of Hope with Terry. It’s all the things that we did as kids growing up. When we first moved to British Columbia and Terry was eight and I was nine and starting to get into sports and all the different sports we played. We were very active and mom and dad were, I think we could say confidently, very strict with us, but we were happy. I think that was a good thing. And so when it came to buying us stuff, like our first set of golf clubs and our first pair of blue jeans, they weren’t just going to go and do that because that’s what we wanted. We had to go out and earn it ourselves. And giving us that early work ethic. So it was those kinds of things that Terry and I would do together as kids — pick blueberries to make a little bit of extra money to buy our first 10-speed bikes and stuff like that. It is those kinds of things that we did together.

* This interview has been edited and condensed.

Margaret Atwood, Wayne Gretzky and Others Reflect on How Terry Fox Inspired Them

“His Legacy Is So Vibrant to Me”: Darrell Fox Remembers Brother Terry Fox on His Birthday